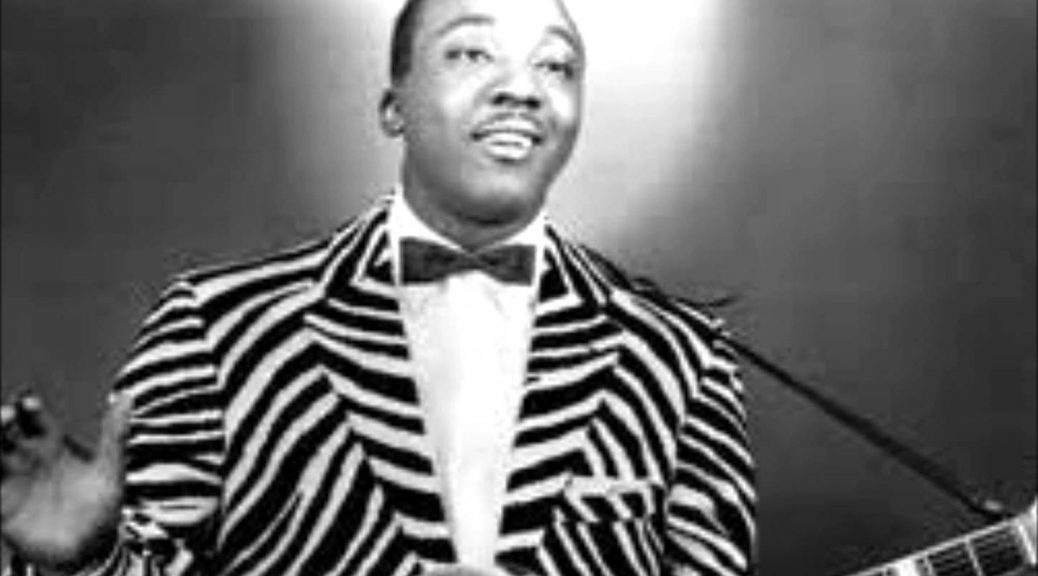 JB Lenoir was born in Monticello, Mississippi. Before moving to Chicago and its musical influences in 1949, Lenoir had New Orleans’s musical cauldron to simmer in.

When he moved to Chicago he met Big Bill Broonzy who introduced Lenoir to the that town’s amazing blues scene.

We typically don’t associate the blues with protest music (unless we expand the definition of blues to mean just that…and in some ways that would be an easy expansion). JB Lenoir was occasionally a blues protest musician.

In the early 50s he wrote “Korean Blues.” Bordering on a protest song, JB Lanior’s high-pitched vocals fooled some to think it was a woman’s. The song is a straightforward statement of concern about his future in Korea as well as his woman’s future without him.

It was Lanoir’s “Eisenhower Blues” that caused a bit of a rumpus. Parrot Records, his label at the time, had to re-record the song and substitute the lyrics “tax-paying” instead of “Eisenhower.” Here’s the “controversial” original:

He continued to sporadically release music and before his death [following a poor treatment from a car accident injuries] Lanoir released “Vietnam Blues.” It is a song lost among the dozens of songs written during that time protesting that war. It is powerful and important, nonetheless.

In 1965, he performed in the annual American Folk Blues Festival that toured Europe with top acts that were more popular in Europe than in the performers own USA. 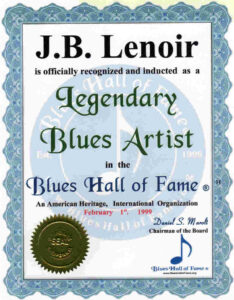 In 2011, Lenoir was inducted into the Blues Hall of Fame. 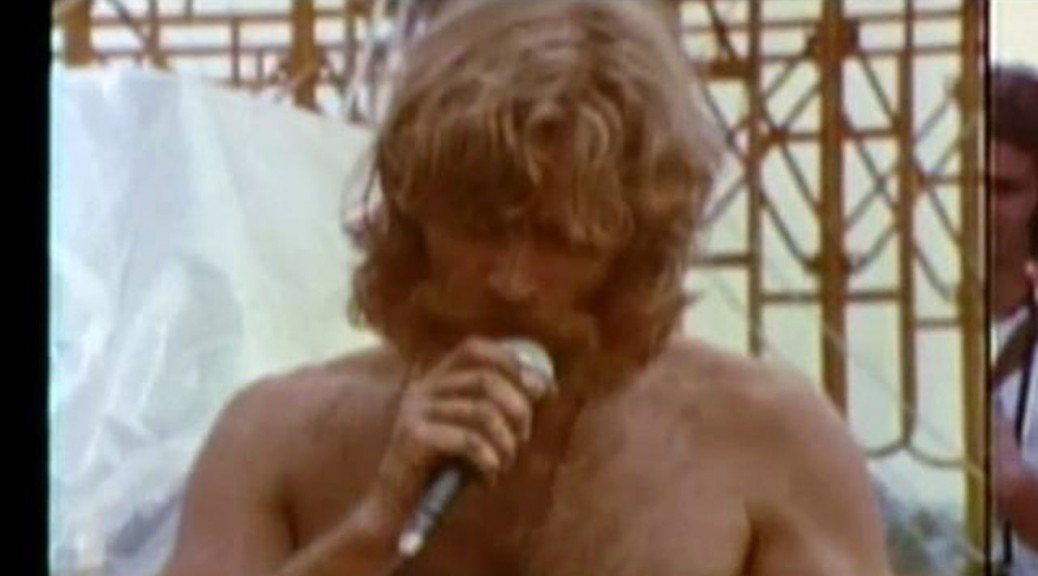 The above audio clip is from an interview with Chip Monck in 2009  on the 40th Anniversary of the Woodstock Festival. Glenn A Baker interviewed Monck as part of the Ovation Channel show ‘Monday Night Legends’

The chipmonck.com site starts with these questions:

And then answers those questions with this simple answer:

He staged them all

Edward Herbert Beresford “Chip” Monck was born in Wellesley, Massachusetts. He became a lighting and staging designer, but as the above references suggest, he did those things for some of the most iconic musical events of the 20th century.

When he was 20, Monck began working at the Greenwich Village nightclub The Village Gate.  While at the gate, his young friend Bobby Dylan worked in Monck’s basement apartment. Reputedly, Dylan wrote “A Hard Rain’s a’Gonna Fall” and “The Ballad of Hollis Brown” there.

Monck recalls about Dylan,  “He spied the IBM Selectric [typewriter]. He typed while I worked at the Gate. That gave him like six hours, he’d just drift in, I gave him a key and he’d sit down and type and then I’d come back in and he’d go, or we’d go and have a drink or something. We really never spoke much.”

While still working at the Village Gate, Monck also began working with the  Newport Folk Festival, and  the Newport Jazz Festival.

If those credentials aren’t enough, in 1967 he lit the Monterey International Pop Festival where Jimi Hendrix’s American coming out party occurred.

Woodstock Ventures hired Monck to do the lighting at their Fair. The last minute change of venue from Wallkill, NY to Bethel, NY forced Monck to eliminate much of his planned lighting. Spotlights became the primary source.

But to those who attended the Woodstock Music and Art Fair, Chip Monck’s voice along with John Morris’s became the reassuring threads that connected each band. Both men took turns not just introducing performers, but giving advice, recommending choices, and explaining what was going on at a time when social media didn’t exist as a term.

Perhaps the most famous quote of that weekend was Monck’s: ““The warning that I’ve received, you might take it with however many grains of salt you wish, that the brown acid that is circulating around is not specifically too good. It is suggested that you stay away from that. But it’s your own trip, be my guest. But please be advised that there’s a warning, okay?”

A LOT more after Woodstock

For years he helped light Rolling Stone tours and he received Tony nominations in lighting for The Rocky Horror Show and Bette Midler’s Divine Madness.

He was always busy working many major venues. In 1989 he helped set up Pope John Paul’s papal mass at L.A.’s Dodger Stadium.

In the early 90s, Monck moved to Australia, his wife’s home country, where he continued in the lighting and design business. (Monck’s wife died in 2002)

He continues to live Melbourne, his focus mainly on corporate and retail work. In 2003, he received the  Parnelli Lifetime Achievement Award. The award recognizes pioneering, influential professionals and their contributions, honoring both individuals and companies. It is the Oscar of the live event industry.Here is the video that introduced that presentation. 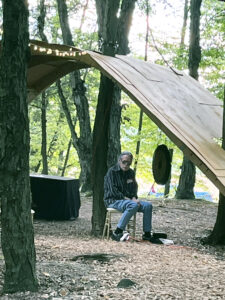