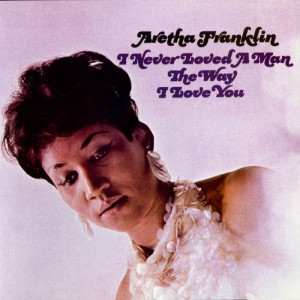 On March 10, 1967, Aretha Franklin released her 11th album, but her first on Atlantic. She had had limited success while under contract with Columbia Records.

In January 1967 she had signed to Atlantic Records and under the aegis of Jerry Wexler she traveled to Muscle Shoals, Alabama to record at  Rick Hall‘s FAME Studios to record the song, “I Never Loved a Man (The Way I Love You).” Tom Dowd was the engineer and the musicians of the Muscle Shoals Rhythm Section [The Swampers] played.

Atlantic had released the single of I Never Loved a Man the Way I Love You on February 10 and it would reach #1 on the R & B chart on March 25 and stayed there until May 12.

Atlantic released her next single, Respect, on April 29. It reached #1 on the R & B  chart a week after I Never Loved a May the Way I Love You left. Respect stayed there until July 14.

The album itself eventually was certified a gold album.

In June 1968, she appeared on the cover of Time magazine. 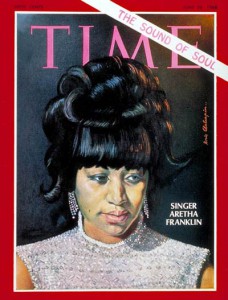 And in 2014 she sang at the White House. And 47 years later Aretha Franklin could still sing the socks off the song.

Aretha died on August 6, 2018. In her obituary the Guardian wrote “…it was that quality of exaltation that raised her above a remarkable generation of church-trained soul divas. Gladys Knight, Dionne Warwick, Candi Staton, Etta James, Mavis Staples, Tina Turner and many others… but Aretha Franklin was the greatest of them all