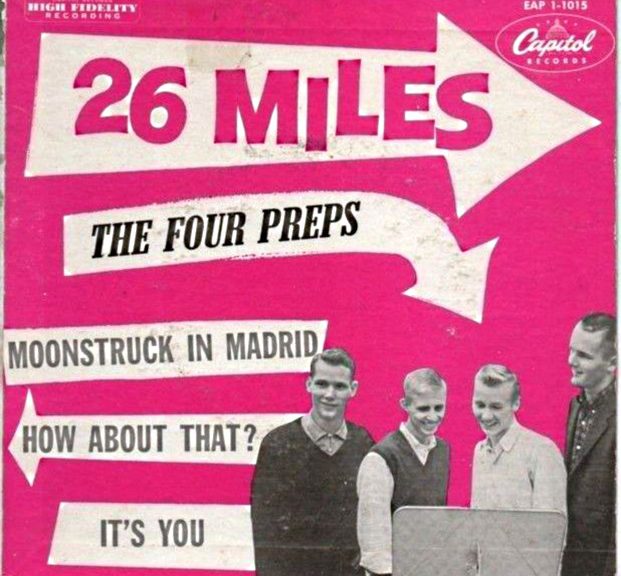 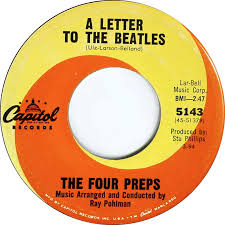 The Four Preps formed in 1956 and sang great harmonies. Their biggest hit was in 1958:  26 Miles. They appeared on TV, on popular shows, and with popular stars.

But the 50s were finished and it was…

March 1964. The Beatles had arrived with their three consecutive weeks on the Ed Sullivan Show and their Meet the Beatles the #1 album (since February 15 and would  remain there until May 1).

Then The Beatles Second Album would hit #1 and remain there until June 5. Then from July 25 until October 30 those damn Beatles would have another #1 album, Hard Days Night,

So it was completely understandable when on March 9, 1964 Capitol Records, the company that released almost all of the Beatles’ songs in the US, decided to cash in on such a gold mine. Written by Ivan Ulz, Glen Larson, and Bruce Bellard, Letter to the Beatles was a novelty song in which a boyfriend wishes his Beatle-maniac girlfriend would get her mind off of those Beatles.

On April 11, 1964 Billboard magazine reported that Capital Records has stopped pressing the Four Preps single of “A Letter to the Beatles” because Duchess Music, the American licensor, refused to give Capital permission to cover a parody of an actual Beatles disk…”The song burst out of the gates and did well until Duchess Music, the publisher of “I Want to Hold Your Hand,” refused to give permission to used the song in their song (which they had).

For those (many) of you who have never hear the song, here you go. 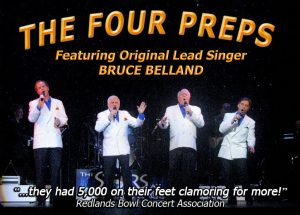 Ironically, the Four Preps continue (mostly) today while the Beatles broke up more than 50 years ago. And in 2007 “The clean-cut West Coast-based” band was inducted into the Vocal Group Hall of Fame.