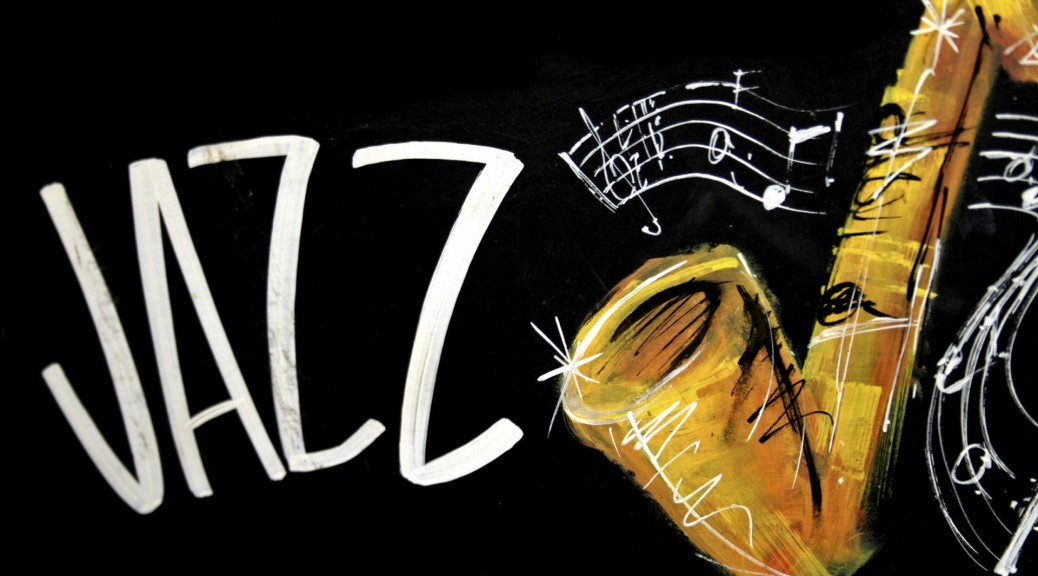 The morning after Super Bowls, discussions about the halftime show are often more intense than than those about the game itself. Remember the outrage of some after Beyonce’s 2016 performance? Lady Gaga got off easy.  Some performers refuse invitations to show support for a cause.

It’s an old story: society debating what music is proper.

When radio stations discovered that listeners loved music, that debate included the airwaves.

WMCA-AM radio went on the air on February 6, 1925 and by December 1926, the station aired popular music continuously from 9 am to 5 pm – an unusually long broadcast period for that time. It soon became the first station in the NY metropolitan area to regularly program into the post-midnight hours. 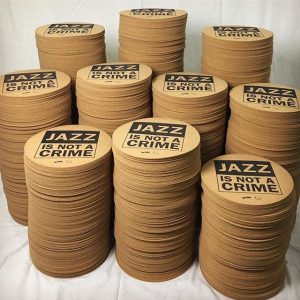 On March 14, 1927,  John Henry Maynor, the secretary of the New York City Keep-the-Air-Clean-Sunday Society, sent a letter to WMCA objecting to the station playing of jazz music on Sunday nights, charging that it was “degrading” and “defaming.”  The show’s Milton M Roemer read the letter on the air. 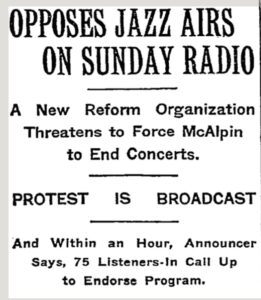 A New York Times article about the objection read: Whether jazz and other secular music should be allowed on the radio on Sunday or whether the air should be restricted to sacred music on that day was the question put up to the radio audience last night by Milton M. Roemer, director of a group which broadcasts an hour of music from 6 to 7 o’clock every Sunday evening from Station WMCA, Hotel McAlpin.

Roemer had asked his listeners to let him know whether they wanted to continue listening to his jazz selections (as well as the station’s other secular music on Sundays) or not. He left it up to them.

In response, listeners flooded the station with letters stating they had no objection to the one-hour program. Among those letters was one from a Colonel James E Dedman, the commanding officer of a local veterans hospital. He said that 400 disabled soldiers enjoyed the show and would miss it greatly if it were discontinued. [NYT article].

Arthur Batchelor, the Federal Radio Inspector for the New York District, explained that he had no power to censor the content of radio programs, but that he was referring the matter to the newly created Federal Radio Commission. In the 1920s and 1930s, many self-appointed guardians of public morals condemned this new music called “jazz.” The rhythms that moralists feared would lead people to immoral behavior prompted these attacks. And jazz was primarily performed by African-Americans.

On March 20, 1927 the Federal Radio Commission called for a presentation of views on what could be done to regulate “chaos out of the ether.”

In reply to the criticism of WMCA’s Sunday music format, Donald Flamm, the president of the station, announced that “until popular opinion should dictate that he should do otherwise, he would continue the present policy of alternating light music and jazz with religious music on his Sabbath radio programs.” [NYT article]

Of course, in the 1950s and 1960s, the self-appointed guardians of public morals had the same objections to rock and roll just as those guardians have today with hip-hop and other “immoral” music.