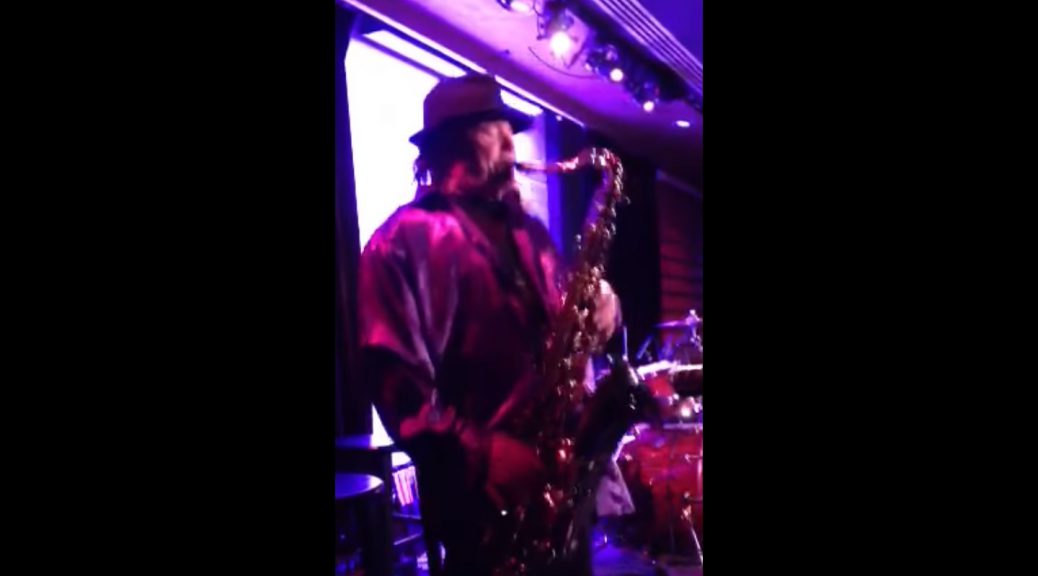 Thank you for taking us higher and higher.

Jerry Martini was born in born in Shamrock Mine, Colorado. When he was two, his family moved to San Francisco so his father could join the Navy.

His first counter-cultural experience was visiting  North Beach in the 50s. There he saw beatniks and Beat poets reciting poems, playing bongos, or a flute.

Martini met Sly Stone when they were teenagers. Of an age (Stone was 5 months younger), Stone surprised Martini because Sly was so into Bob Dylan. A black guy into Dylan was not the norm, but Martini says that Stone was never the norm.

Organizing a band with blacks and white, men and women, and different ethnic groups was Sly Stone’s conscious goal. It didn’t just happen and later people realized what happened.

That band’s mix was deliberate did not mean that others accepted that mix. Venues were still racially divided as well as politically. Black Panthers told Stone that the band should be all black. Stone counter-argued and won.

Although the band was good enough to make it on its own, their recorded and filmed performance at the Woodstock Music and Art Fair supercharged their fame.

Jerry Martini’s memory of the event was that, “It was a mess. A total mess. We had to wait six hours to go on. It was three in the morning before we got out there. After every act, they’d have to tear down and set up. Took forever. By the time we got out on-stage, people were in sleeping bags. But we got ‘em up. Something happened between us and that audience. Half a million people or however many it was, they were just totally into what we were doing. That’s a feeling you couldn’t scrape off you. It was Love City.”

After the band broke up in 1975, Jerry Martini continued playing. He performed on Sly Stone’s solo album, High On You and later performed on the bassist of Family Stone, Larry Graham’s Now Do U Santa Dance album.

He also worked with Prince, who was a big fan of Sly and the Family Stone. After the 2006 tour with Prince, Martini helped reorganize the band with Greg Errico,  Alex Davis, and Phunne Stone who’s the daughter of Sly and Cynthia Robinson.

Cynthia Robinson was also part of that reband, though she died in 2015.