October 31, 1829: George Henry Evans published the first issue of the Working Man’s Advocate, “edited by a Mechanic” for the “useful and industrious classes” in New York City. He focused on the inequities between the “portion of society living in luxury and idleness” and those “groaning under the oppressions and miseries imposed on them.” (see March 13, 1830)

October 31, 1891: during the spring of 1891, free miners working for the Tennessee Coal Mining Company went on strike in Briceville, Tennessee, after the company demanded that all miners sign an iron-clad contract with draconian terms. In response to the strike, the company evicted the miners from their homes, built a stockade, and leased dozens of state prisoners to replace the free workers. Using convict labor, the mine reopened on July 5, 1891.

Two weeks later, on July 14, three hundred armed miners stormed the stockade and marched the convicts out of the valley, shutting down the mine once more. In response, Governor John P. Buchanan marched the state militia into the valley and, on July 16, met the miners just north of Briceville to plead for peace. The miners refused to accept the mining company’s treatment, and instead demanded that the governor enforce the state’s laws against iron-clad contracts.

When the miners seized control of the Briceville mine again, on July 20, Governor Buchanan requested a 60-day truce so that he could present the miners’ claims to the Tennessee legislature. The legislature subsequently rejected the miners’ demands, and tensions flared once more.

On October 31, 1891, the miners stormed the Briceville mine and burned the stockades to the ground, freeing more than 500 leased convicts and placing them on trains headed out of the Coal Creek Valley. Free miners in other towns soon followed suit; the conflict spread across the Cumberland Plateau and lasted several months until the militia launched a crackdown in the summer of 1892, leading to the arrests of hundreds of miners. Known as the “Coal Creek War,” this clash ultimately brought about the miners’ goal: the Tennessee legislature abolished convict leasing to private companies on January 1, 1894.

While the free miners no longer had to compete with convict labor, the Coal Creek War did not end the practice of forcing state convicts – mostly “able bodied young colored men” – to labor in mines. Instead, convicts were now shipped to Brushy Mountain and forced to mine coal for the state of Tennessee. By 1904, the state claimed $200,000 per year in profits from convict labor.  (see January 7, 1892)

The city agreed to spend millions of dollars on reducing class sizes; promised to pay for hundreds more social workers, nurses and librarians; and approved a 16 percent salary increase over the coming five years. But not all union members were satisfied; a vote to approve a tentative deal was noticeably split, and some teachers wanted to press on to seek steeper reductions in class sizes, more teacher preparation time and aid for special education. [NYT story] (next LH, see Nov 25)

October 31, 1901: authorities in Hadgenville, Kentucky had arrested Silas Ester accusing him of coercing a young boy to commit a crime. At approximately 2:00 am a lynch mob of more than 50 white men tightened a noose around the neck Esters’s neck and dragged him from the LaRue County Jail.

Police officers at the jail had surrendered the keys and made no effort to protect  Esters.

In an attempt to escape his fate, Mr. Esters slipped free and began to run away – but made it only 100 yards before his body was riddled with bullets. The mob then placed the rope noose around the neck of his corpse, dragged the lifeless body to the courthouse, and swung it from the top steps. No one was ever held accountable for the lynching of Silas Esters. (next BH & Lynching, see February 6, 1902; for for expanded chronology, see American Lynching 2)

October 31, 1964: police disclosed that they were questioning another unidentified suspect in the Wylie-Hoffert case. The suspect was identified as a white 19-year-old narcotics addict who had a record of burglary and sexual assault. (Evidently the suspect was Richard Robles, although Robles is not 19 but in his early 20s.

October 31, 1969: a race revolt in Jacksonville, FL. The trouble started when a white truck driver accused a 20-year-old black man of stealing from his truck. The white man shot the black man, triggering two hours of violence and looting.  Windows were smashed and TV sets, furniture and appliances were stolen, with losses estimated at $125,000. Three vehicles were burned. Two people were injured by gunfire and a policeman was struck by a brick.  The police arrested 11 people – 10 of them were charged not with vandalism or looting but with using profanity and failing to obey police officers. A teenager was charged with looting, but rather than calming matters, that arrest led to the gathering of an angry crowd that didn’t disperse until four squad cars arrived. (BH, see February 21, 1970; RR, see May 11, 1970) (NYT article)

October 31, 1959: Quarry Men auditioned for Carrol Levis Show in Liverpool. During this audition period, the band would change its name from “Quarry Men” to “Johnny and the Moondogs” by November 15. On that day, they lose out for the Carrol Levis finals. (see Nov 15)

In 1964 in California, deaf orthodontist Dr. James C. Marsters of Pasadena sent a teletype machine to deaf scientist Robert Weitbrecht, asking him to find a way to attach the TTY to the telephone system. Weitbrecht modified an acoustic coupler and gave birth to “Baudot,” a code that is still used in TTY communication. (ADA, see July 2, 1964; TM, see April 30) 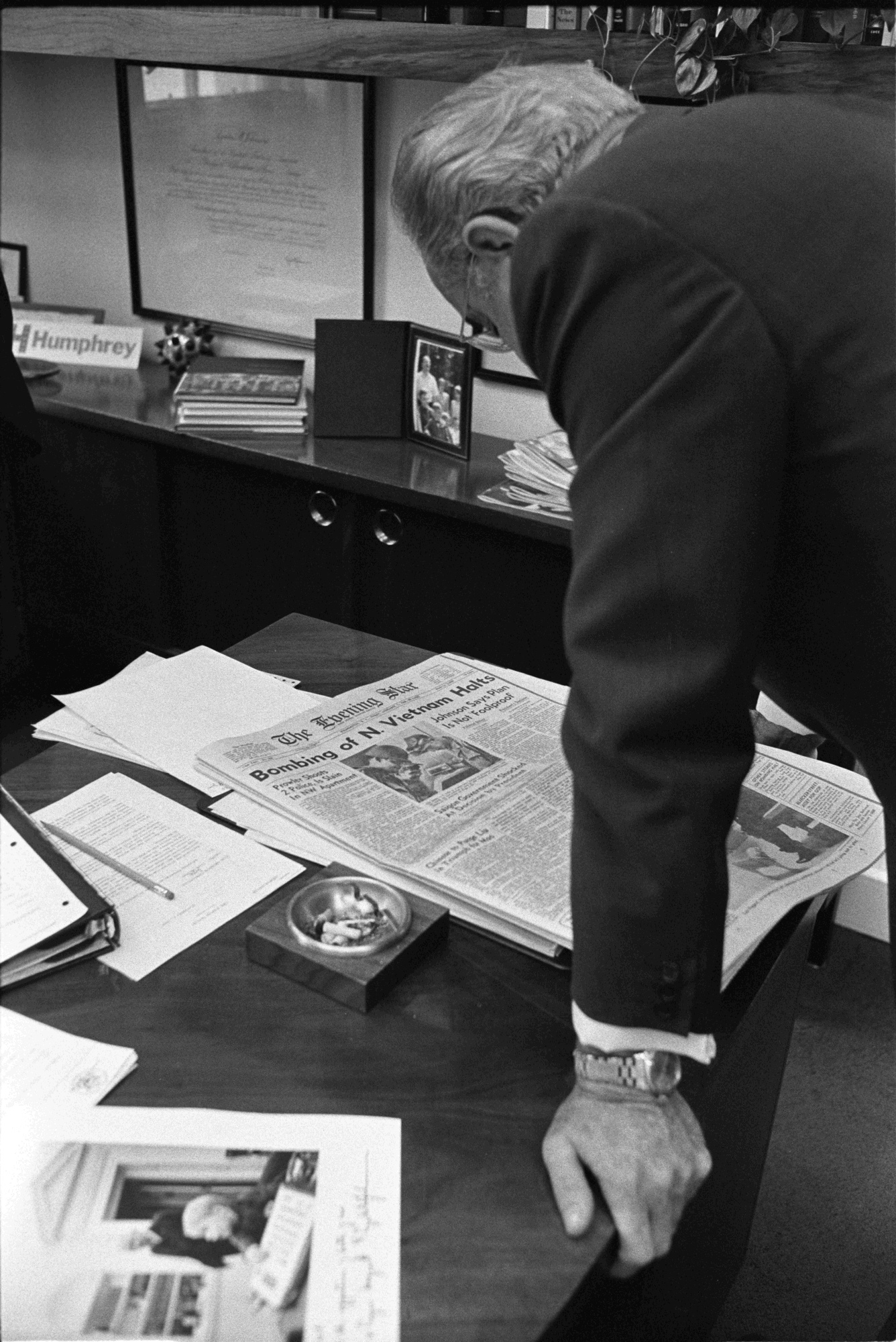 October 31, 1969: two 12-year-old girls in Brooklyn went to court on this day to assert their right to remain seated in class while other students recited the Pledge of Allegiance. One of the students, Mary, said she refused to recite the pledge because she doesn’t believe that “the actions of this country at this time warrant my respect.” (The Vietnam War was still raging at this time.) The seventh graders had been suspended four weeks earlier in what the school board’s attorney described as a simple matter of school discipline and not one of First Amendment law. Allowing the girls to remain seated, he claimed, would be “disruptive.”

The girls were represented by lawyers for the New York Civil Liberties Union, who cited the famous Supreme Court case of West Virginia v. Barnette, decided on June 14, 1943, in which the Court upheld the right of Jehovah’s Witness’s children not to salute the American flag as required by their school.(FS, see March 18, 1970; see Pledge for expanded story)

October 31, 1972: The Trail of Broken Treaties was a twenty-point manifesto adopted by Native American activists at a meeting in Minneapolis, Minnesota, on this day. The twenty points/demands included a Commission to Review Treaty Commitments & Violations, and that All Indians to be Governed by Treaty Relations. (link to manifesto) (see Nov 2) 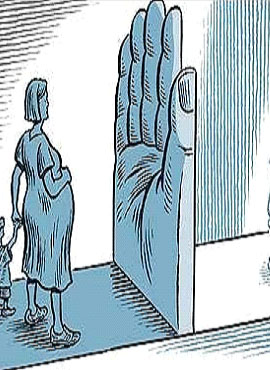 October 31, 1978: The Pregnancy Discrimination Act amended Title VII of the 1964 Civil Rights Act, making it unlawful for an employer to discriminate on the basis of pregnancy, childbirth, or related medical conditions. (see Dec 4)

October 31, 2013:  a federal appeals court ruled that the part of a Texas anti-abortion law that was struck down by a district court would be allowed to take effect while legal challenges proceed. The provisions will cause at least one-third of the state’s licensed health centers that currently provide abortion to stop offering the service immediately. [NYT article] (BC, see Nov 4; Texas, see June 27, 2016)

October 31, 2013: the US Court of Appeals for the Second Circuit ruled that Judge Scheindlin “ran afoul” of the judiciary’s code of conduct by showing an “appearance of partiality surrounding this litigation.” The panel criticized how she had steered the lawsuit to her courtroom when it was filed in early 2008. The ruling effectively puts off a battery of changes that Judge Scheindlin, of Federal District Court in Manhattan, had ordered for the Police Department. Those changes include postponing the operations of the monitor who was given the task to oversee reforms to the department’s stop-and-frisk practices, which Judge Scheindlin found violated the Fourth and 14th Amendments of the Constitution. [NYT PDF] (next S & F, see Nov 6; next 4th, see Dec 31)

October 31, 2018:  Mexico’s Supreme Court ruled that an absolute ban on recreational use of marijuana was unconstitutional, effectively leaving it to lawmakers to regulate consumption of the drug.

Announcing it had found in favor of two legal challenges filed against prohibition of recreational marijuana use, Mexico’s top court crossed the threshold needed to create jurisprudence: five similar rulings on the matter. (see Nov 6 or see CCC for expanded cannabis chronology)

October 31, 2019: the House of Representatives voted to endorse the Democratic-led impeachment inquiry into President Trump, in an action that set up a critical new public phase of the process.

The vote was 232-196 to approve a resolution that set out rules for an impeachment process for which there were few precedents and which promised to consume the country a little more than a year before the 2020 elections. It was only the third time in modern history that the House had taken a vote on an impeachment inquiry into a sitting president.

Two Democrats broke with their party to vote against the measure, while Republicans — under immense pressure from Trump to shut down the impeachment inquiry altogether — unanimously opposed it.

Minutes after the vote, the White House press secretary denounced the process as “a sham impeachment” and “a blatantly partisan attempt to destroy the president.” [NYT article] (see TII for expanded chronology)

October 31, 2019: North Dakota state environmental regulators said that the Keystone pipeline system leaked about 383,000 gallons of crude oil. The spill occurred in a low-gradient drainage area near the small town of Edinburg in northeast North Dakota, less than 50 miles from the Canadian border, according to Karl Rockeman, the director of the state Department of Environmental Quality’s division of water quality.