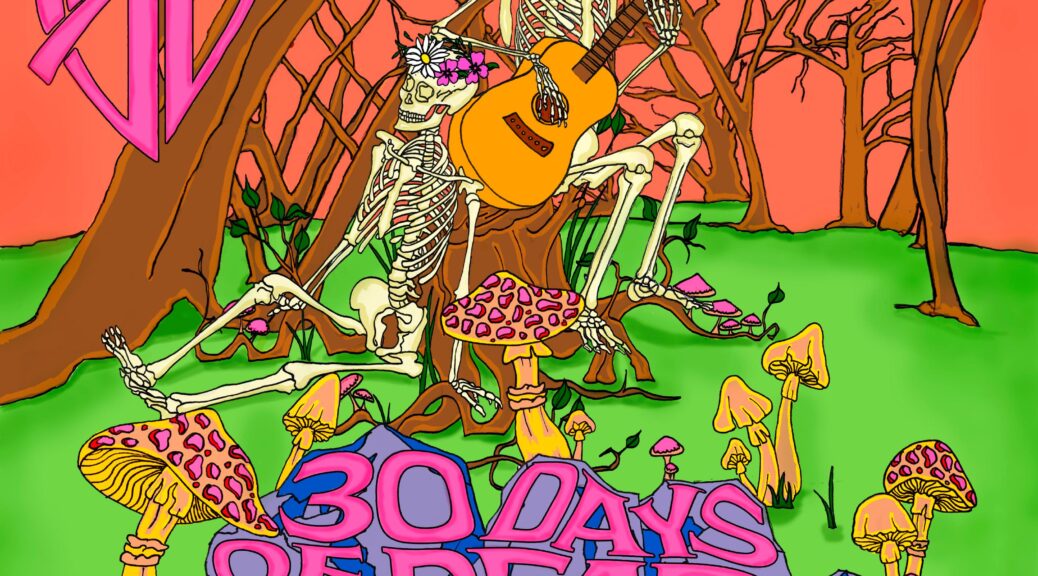 We hope you’ve been brushing up on your live Grateful Dead and making room on all your devices because we’re about to drop a motherload of high-quality MP3 downloads on you. Yes, there will once again be 30 days of unreleased Grateful Dead tracks from the vault, one for every day in November, selected by archivist and producer David Lemieux. The tracks are yours, no strings attached, but we hope you’ll stick around for the challenge and the chance to win some sweet swag from the Dead.

You know your Ables from your Bakers from your C’s, but can your finely tuned ears differentiate the cosmic “comeback” tour from a spacey 70s show? Each day we’ll post a song from one of the Dead’s coveted shows. Will it be from that magical night at Madison Square Garden in ’93 or from way back when they were just starting to warm it up at Winterland? Is that Pigpen’s harmonica we hear? Brent on keys? If you think you know, lob your answer in and you just might find yourself taking home our daily prize of a 2023 Grateful Dead wall calendar or the grand prize – both, YES BOTH – of this year’s coveted boxed sets, Lyceum ’72: The Complete Recordings [24LP] and In And Out Of The Garden: Madison Square Garden ’81, ’82, ’83 (Dead.net Exclusive)[17CD]!

This year’s first download is Passenger, written by Phil and Peter Monk, but was sung by Bob, primarily as duet with Donna, and later Brent. It joined the repertoire in May 1977 and departed in December 1981

If you want, you can enter the contest and guess or simply wait for the answer tomorrow.

Keep in mind that these are high quality live recordings and if you are only familiar with the song’s studio recording, live is where it’s at.   Of course, there will be the seques like a China/Rider or a Candyman/Cassidy or even a Help/Slipknot/Franklin’s Tower.

And even if you are familiar with a live version, remember how songs evolved, left a tour’s setlist for a few years, and came back renewed.

Open up. The sun is shining on your back door.