John Lennon met Cynthia Powell when they were students at Liverpool Art College in 1957. In 1962, she became pregnant. John apparently said “There’s only one thing for it Cyn – we’ll have to get married” and on  August 23 that’s exactly what they did.

On the verge of succeeding as a band particularly with many female teenagers, manager Brian Epstein kept the marriage low key.

On November 7, 1966, John  visited the Indica Gallery in London. He met Yoko Ono displaying her art.

Of that meeting, John later reflected, “The old gang of mine was over the moment I met her. I didn’t consciously know it at the time, but that’s what was going on. As soon as I met her, that was the end of the boys, but it so happened that the boys were well known and weren’t just the local guys at the bar.” (from All We Are Saying, by David Sheff)

On November 8, 1968 Cynthia Lennon and John divorced.  Cynthia had filed for divorce in August 1968 no longer able to ignore John and Yoko’s relationship.

On April 14, 1969, John Lennon and Paul McCartney recorded “The Ballad of John and Yoko.” John had written the song in the days following his and Yoko’s marriage. Work on the Let It Be album had often been contentious among the then less-than-Fab Four.

A break-up was imminent, but Paul McCartney later reflected, “John was in an impatient mood so I was happy to help. It’s quite a good song; it has always surprised me how with just the two of us on it, it ended up sounding like The Beatles.” (from Many Years From Now by Barry Miles)

They recorded the song at Abbey Road’s Studio Three in a session beginning at 2:30 pm and ending at 9 pm.

It was then mixed for stereo, and was finished and ready for release by 11 pm. According to George Martin, Yoko Ono was present in the studio, although she appears to have played no part in the recording.

George Martin later said in Anthology, “I enjoyed working with John and Yoko on The Ballad Of John And Yoko. It was just the two of them with Paul. When you think about it, in a funny kind of way it was the beginning of their own label, and their own way of recording. It was hardly a Beatle track. It was a kind of thin end of the wedge, as far as they were concerned. John had already mentally left the group anyway, and I think that was just the beginning of it all.”

In 1966, John comments regarding the Beatles and Christianity had gotten no reaction in the UK but blew up in the American press. Some radio stations refused to play Beatle music.

Aware that the Ballad line “Christ you know it ain’t easy” could re-ignite that controversy, the song was kept “secret” until its release.

Apple released it on May 30 in the UK and on June 4 in the US. True to expectations, some top-40 US stations refused to play it and some played a version with the word “Christ” reversed in an attempt to avoid criticism.

Ironically, the Spanish government had no issue with the word Christ, but did have a problem with the line “you can get married in Gibraltar near Spain” as Spain considered Gibraltar part of Spain not the UK.

The lyrics tell the story: 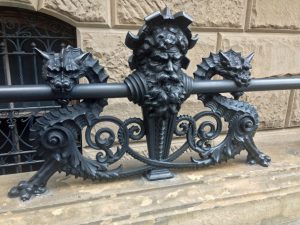