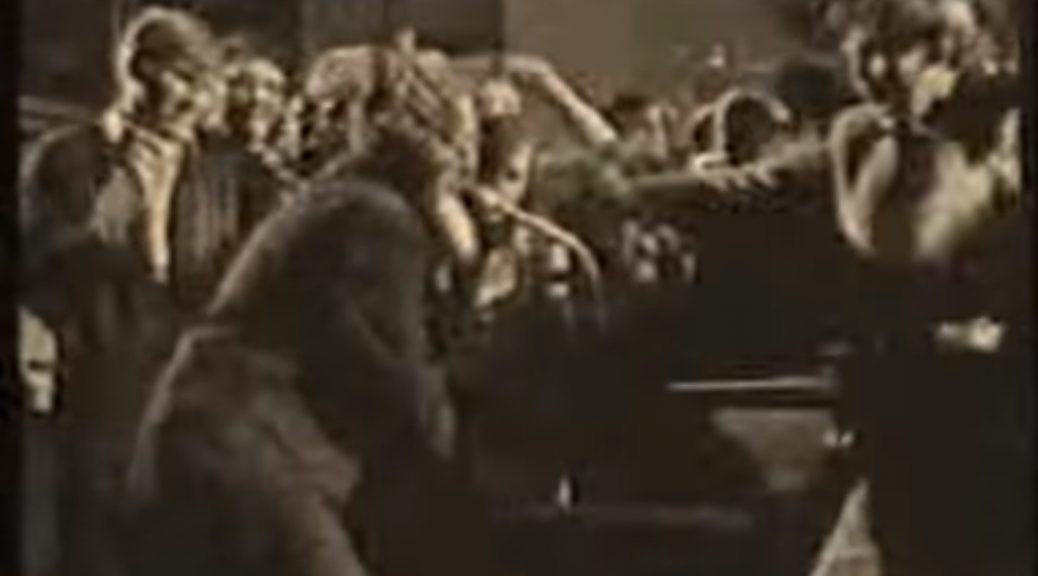 It’s April 1964 and the Beatles rule the airwaves. They are in the midst of filming their first movie, A Hard Day’s Night.  As has been noted before, the Beatles loved American Rock and Roll and soon groups like the Animals and Rolling Stones would bring our blues back to us.

On the defensive (after perhaps not divorcing his wife and perhaps marrying his second cousin) Jerry Lee Lewis counter-attacked. He went to Hamburg, one of the places that those Beatles had cut their musical eyeteeth.  Like NOTHING the Beatles had ever done in Hamburg, Lewis tore the roof off the Star Club. And it was recorded! My my my was it ever!

And likely you didn’t know it was. Likely you never heard it. Maybe, like me, never even heard of it.

If you like rock and roll (and I suspect you wouldn’t be here if you didn’t) then you MUST listen to this amazing album. If you can turn it up, please do so!

Here’s the track list. The Beatles, of course, covered “Matchbox.” Lewis lights it up! That suggests there are some ballads here. Lewis pounds the keyboard throughout.

AllMusic said of the album: “Words cannot describe – cannot contain – the performance captured on Live at the Star Club, Hamburg, an album that contains the very essence of rock & roll…Live at the Star Club is extraordinary – the purest, hardest rock & roll ever committed to record…He sounds possessed, hitting the keys so hard it sounds like they’ll break, and rocking harder than anybody had before or since. Compared to this, thrash metal sounds tame, the Stooges sound constrained, hardcore punk seems neutered, and the Sex Pistols sound like wimps. Rock & roll is about the fire in the performance, and nothing sounds as fiery as this; nothing hits as hard or sounds as loud, either. It is no stretch to call this the greatest live album ever, nor is it a stretch to call it the greatest rock & roll album ever recorded. Even so, words can’t describe the music here — it truly has to be heard to be believed.”

And Lewis did it with himself and a band he didn’t know, a British band called the Nashville Teens!

So if you have the system to play it loud here it is! Good Golly Miss Molly!!!!!