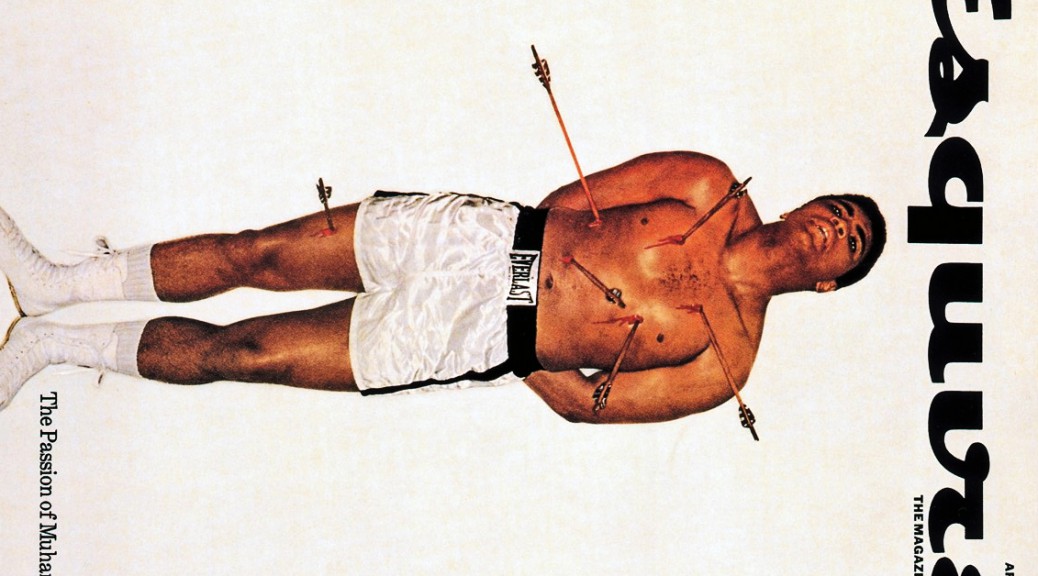 On January 24, 1964 Clay took an Army evaluation test for the draft. On March 3, after having defeating Sonny Liston on February 25 and winning the world heavyweight championship,  The Louisville Courier‐Journal published a story that Clay had failed by a slight margin to pass the psychological portions of that evaluation test.

Clay, commenting on the report, said, “Do they think I’m crazy?”

On March 13, Clay, now Muhammad Ali, took a second test and on March 20, the Department issued the following statement about Ali’s draft status: “The Department of the Army has completed a review of Cassius Clay’s second pre-induction examination and has determined he is not qualified for induction into the Army under applicable standards.”

Ali’s response was, “I just said I’m the greatest. I never said I was the smartest.”

On February 12, 1966,the Louisville, KY draft board re-classified Muhammad Ali as 1-A. Ali challenged the re-classification as politically motivated and questioned why other athletes, such as Namath, quarterback for the NY Jets, weren’t being drafted as well.

On April 17, 1967 the U.S. Supreme Court barred Muhammad Ali’s request to be blocked from induction into the U.S. Army and on April 28, the US Justice Department denied Ali’s claim. The Department found that his objections were political, not religious. Ali reported for induction ceremony, but refused to step forward when called.

On June 20, 1967 Ali was found guilty of refusing induction into the armed forces. He was sentenced to five years in prison and fined $10,000—the maximum penalties. He was stripped of his title by the boxing association and effectively banned from boxing.

Nine months later, George Lois’s cover picture of Ali on Esquire magazine’s April 1968 edition portrayed him as a martyr akin to St Sebastian. Kurt Andersen, host of NPR’s Studio 360, stated that “George Lois’s covers for Esquire in the 60s are classic. His April 1968 image of Muhammad Ali to dramatize the boxer’s persecution for his personal beliefs, is the greatest magazine cover ever created, making a political statement without being grim or stupid or predicable.”

MORE THAN THREE years later, on October 30, 1974 Ali fought the reigning champion George Foreman in an outdoor arena in Kinshasa, Zaire, The fight is known as the “Rumble in the Jungle.”  Using his novel “rope-a-dope” strategy, Ali defeated Foreman and after seven years, reclaimed the title of Heavyweight Champion of the World.