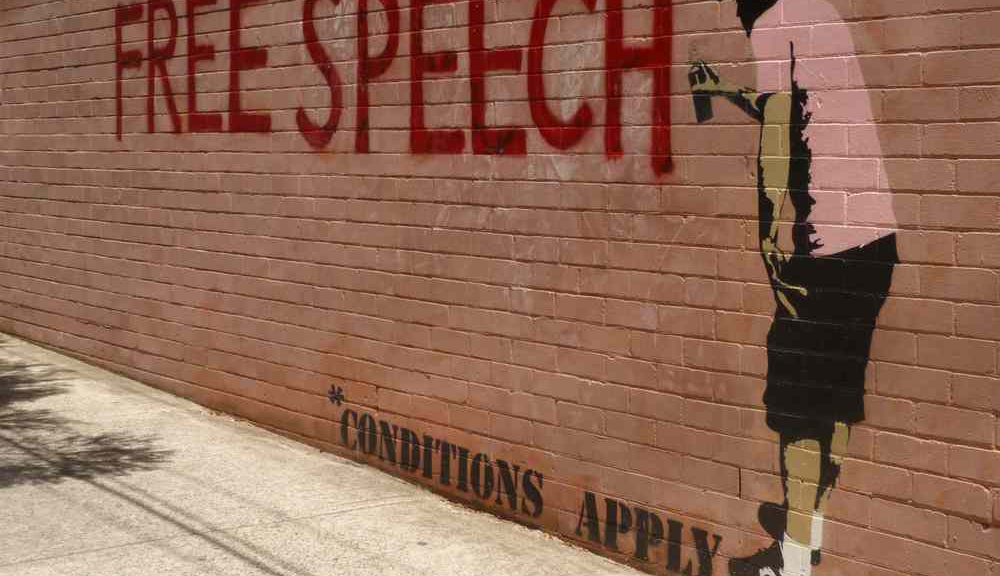 Are words on a jacket conduct or speech?

And if speech, is it protected?

We know our Constitution contains the Bill of Rights and the very first of those first 10 Amendments reads:

Congress shall make no law respecting an establishment of religion, or prohibiting the free exercise thereof; or abridging the freedom of speech, or of the press; or the right of the people peaceably to assemble, and to petition the Government for a redress of grievances.

Freedom of speech does not mean that we can say anything at anytime. We cannot yell “Fire” in an assembly. Nor can we protest on the steps of the US Supreme Court.

Paul Robert Cohen was 19 and worked in a department store. On  April 26, 1968, Cohen was in the corridor of the Los Angeles Courthouse waiting to testify on behalf of an acquaintance.

He had he met a woman the night before and she had stenciled the words “Fuck the Draft. Stop the War” on his jacket.

A court convicted him of violating Section 415 of the California Penal Code, which prohibited “maliciously and willfully disturb[ing] the peace or quiet of any neighborhood or person [by] offensive conduct” and sentenced him to 30 days in jail. (California Legislative article)

Cohen appealed, but the California Court of Appeals upheld the conviction. That Court held that “offensive conduct” means “behavior which has a tendency to provoke others to acts of violence or to in turn disturb the peace.”

Cohen appealed to the California Supreme Court, but that Court denied the appeal.

Almost a year later, on June 7, 1971 in a 5 – 4 decision, the US Supreme Court agreed that California’s statute had violated Cohen’s freedom of expression.  (Oyez article)

In an opinion by Justice John Marshall Harlan, the Court reasoned that the expletive, while provocative, was not directed toward anyone; besides, there was no evidence that people in substantial numbers would be provoked into some kind of physical action by the words on his jacket. Harlan recognized that “one man’s vulgarity is another’s lyric.” In doing so, the Court protected two elements of speech: the emotive (the expression of emotion) and the cognitive (the expression of ideas). (see Oyez article)

In his dissenting opinion, Justice Harry Blackmun suggested that Cohen’s wearing of the jacket in the courthouse was not speech but conduct (an “absurd and immature antic“) and therefore not protected by the First Amendment.

Though he asked, Cohen never got back his jacket.