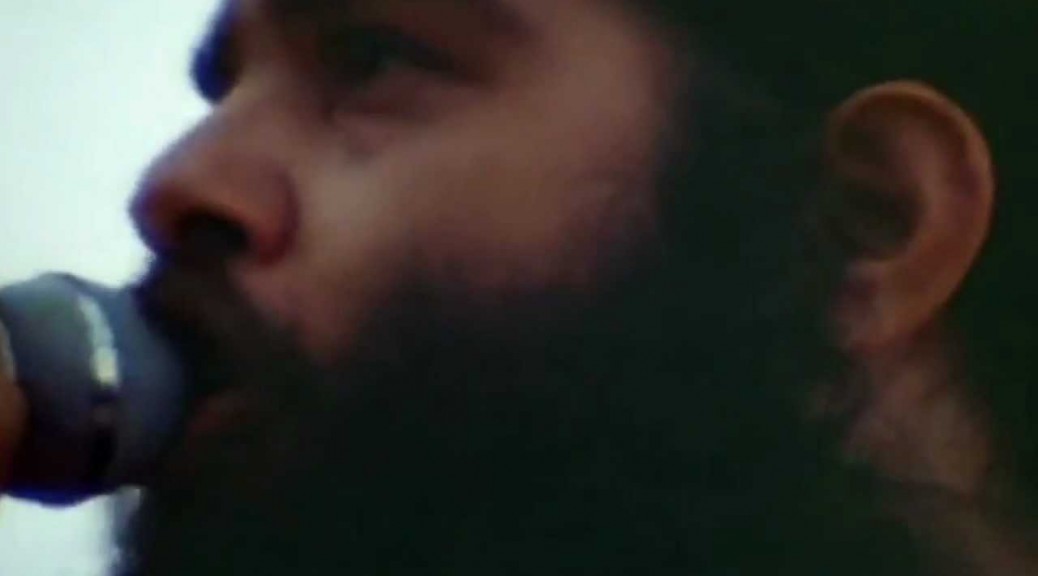 With a common love of blues and 78 rpm records, Bob “The Bear” Hite and Alan Blind Owl Wilson founded Canned Heat in 1966 .

Hite described his love of music as emanating from his parents. His father had played trumpet with Sammy Kaye’s band, but had to quit. His mother had sung with Mal Hallett and his Orchestra.

Hite loved records and collected them from an early age. When his church’s old folks home bought a new hi-fi player, it gave him all the old 78s.

Around 1964, Hite had met fellow record and music enthusiast, John Fahey, who loaned a tape to Hite then disappeared for a year.

Around 1965, Hite got a job, no surprise, in a record shop and Fahey showed up looking for his tape. Hite invited a Fahey to his parents’ apartment to listen to music. By the end of the night Hite, Fahey, Alan Wilson, and Mike Purlaman had formed Canned Heat. The name came from, again no surprise, the name of  a 1928 Tommy Johnson song by that name.

When Fahey found out that the band would be electric he left. An acoustic enthusiast, he’d go on to forge new sounds almost always on his own.

The band went through the common growing pains of personnel leaving, personnel replaced,  playing where no one cared for what they played, playing what they didn’t care to play, getting a contract, going on the road but broke.

A Fort Worth, TX radio station found and loved their ‘Boogie Music’ and ‘On the Road Again’ songs. Slowly their reputation grew, and an invitation to the Monterrey Pop Festival followed.

Their Woodstock story is an interesting one. After landing in New York City, tired, and hearing reports of mayhem at the festival they almost decided to stay in New York and skip the Fair. Luckily, they made it.

Even sitting 100+  yards away, I could see Bob Bear Hite in that Saturday evening’s dusk just fine.  They followed the serene Incredible String Band and preceded the momentous Mountain. And for those of us there, we still don’t understand why their Woodstock bump wasn’t even bigger, despite their music being part of the soundtrack.

According to Hite, We played the gig and had a real good time and then couldn’t get out. We ended up ripping off one of the trucks they used for equipment and somebody left their limo there with the keys in it, so we took that. That was Woodstock. We didn’t get to see much of it. (see Traveling Boy link below)

On September 3, 1970 Alan Wilson died. Canned Heat continued. The band lived the life of rock, particularly Hite. In 1981, according to the Team Rock site: At the centre of it is their vocalist and harmonica player, Bob ‘The Bear’ Hite. With his scraped-back black ponytail and gut-length beard, the 38-year-old is 300lbs of Californian gregariousness and pharmaceutical fearlessness. The Bear is already sky-high.

According to Wikipedia, On April 5, 1981, during a break between sets at The Palomino Club in North Hollywood, Hite was handed a drug vial by a fan. Thinking it contained cocaine, Hite stuck a straw into the vial and snorted it. The drug turned out to be heroin and Hite turned blue and collapsed. Some roadies put Hite in the band’s van and drove him to a nearby home where he died.