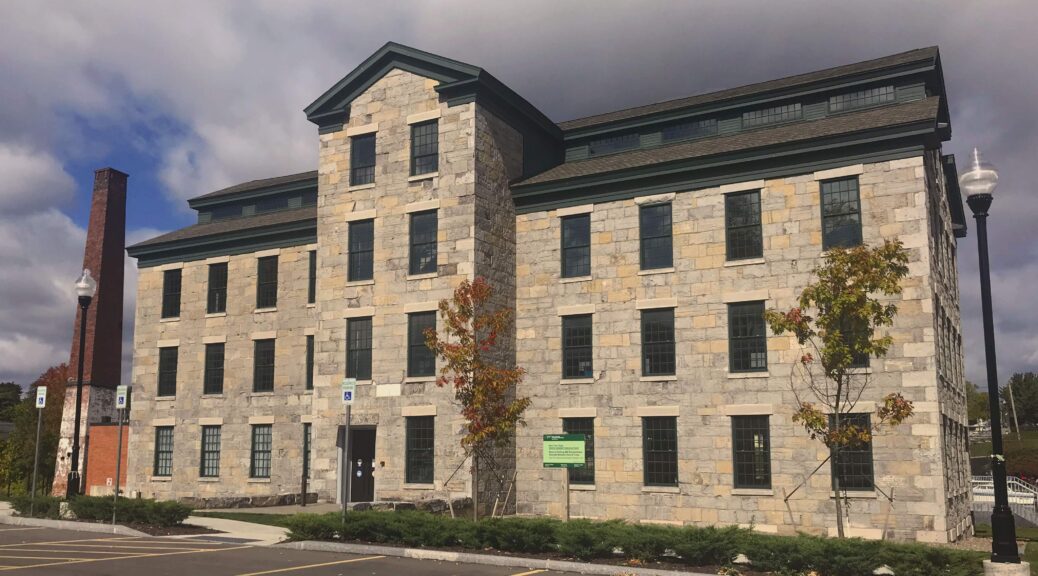 It’s never too late to learn something new. Today we will start with a matching quiz. In the left column are the names of the outstanding women who were  the National Women’s Hall of Fame Class of 2021. The right column lists accomplishments.

Can you match? I could not!

A group of men and women founded the National Women’s Hall of Fame on  February 20, 1969 in Seneca Falls, New York. where Elizabeth Cady Stanton and Lucretia Mott, two renowned leaders of the US suffragette movement, organized the first Women’s Right Convention at Seneca Falls in 1848. 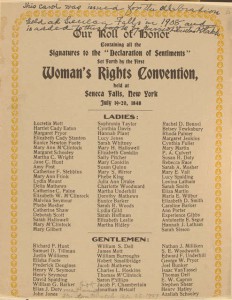 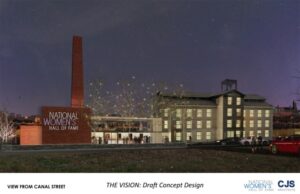 The Hall of Fame’s mission is, “Showcasing great women…Inspiring all!”

According to its site: National Women’s Hall of Fame is open on the 1st floor of the historic Seneca Knitting Mill on the Seneca-Cayuga branch of the Erie Canal in Seneca Falls, New York. Our introductory exhibits are designed to show the world our vision for the future exhibits when we complete additional renovations of the Mill, celebrate Inductees, and showcase stimulating stories of past and present hard-won achievements.

Included in the introductory exhibits is a new Hall of Fame display listing our Inductees and their areas of accomplishment that visitors can browse. There is a section called “Why Here?” highlighting why all of this history happened in Seneca Falls. We tell the story of the Seneca Knitting Mill and the women who worked there. We invite visitors to delve into the history of what happens when women innovate or lead with an interactive exhibit that challenges widely-held assumptions. Visitors can “weave” themselves into the story in a participatory exhibit, and we ask visitors for their own stories of women who have inspired them. The exhibits encourage visitors to engage in creating our future and to understand the possibility of a world where women are equal partners in leadership.

Here is an informative 2-minute introduction about the Hall by a few of the women who are members, watch the following:

In 1995, renowned author Octavia E. Butler became the first science-fiction writer, and one of the first Black women, to receive a MacArthur “Genius” Fellowship grant. The author of several award-winning novels including Parable of the Sower, a New York Times 1993 Notable Book of the Year, and recently a New York Times Bestseller, Butler was acclaimed for her lean prose, strong protagonists, and acute social observations in stories that range from the distant past to the near future.

Judy Chicago is an artist, author, feminist, educator, and intellectual whose career spans over five decades. She is known for her large-scale, collaborative art installation pieces about birth, creation, and the role of women in history and culture. Her influence goes beyond the art community, as evidenced by her inclusion in hundreds of international publications. A pioneer of feminist art, in 1974 she created her most well-known work, The Dinner Party, produced with the participation of hundreds of volunteers.

During her nearly three-decade career in the U.S. military, Rebecca “Becky” Halstead achieved multiple historic milestones. In 2004 she became the first female in U.S. history to command in combat at the strategic level when she was promoted to senior Commanding General for logistics in Iraq. In this role she was responsible for leading over 200 multi-disciplined units, located across 55 different bases, providing supply, maintenance, transportation, and distribution services support to over 250,000 personnel serving in Iraq.

Hailed as a soccer icon, Mia Hamm retired from professional soccer in 2004 after seventeen years, two World Championships, two Olympic Gold Medals, all while serving as the face of not merely one sport, but rather an entire generation of female athletes. She is remembered as one of the best soccer players in history and one of the most important and recognizable female athletes of all time. In 1987, at just fifteen years old, Hamm was the youngest woman ever to play in a match for the U.S. Senior Squad, the beginning of an illustrious career of firsts.

A member of the Mvskoke Nation, Joy Harjo is a multidisciplinary artist: a poet, musician, playwright, painter, and author. In her works, Harjo draws on First Nations storytelling and histories, as well as feminist, indigenous, and environmental and social justice poetic traditions. Her poetry often centers around the need for remembrance of ancestral lands and culture, and the power of language and song to return us to a balance with the earth and her peoples. Harjo is the author of more than nine books of poetry, including An American Sunrise, two memoirs, Crazy Brave and Poet Warrior, several children’s books, plays, and literary anthologies.

Known for her activism and interest in education equality, women’s rights, and the temperance movement, Emily Howland was a formidable woman. Born in 1827 to a family of the Society of Friends in Sherwood, NY, Howland’s valuing of human equality was encouraged by her father, Slocum, an Underground Railroad stationmaster. Throughout her life, Howland practiced the teachings of the Quaker community and continued to actively fight for equality.

NASA mathematician, pioneer in racial and gender equality, and contributor to one of our nation’s first triumphs in human spaceflight, Katherine Johnson is remembered as one of America’s most inspirational figures. In 1939, two years after graduating from the historically Black university West Virginia State University, Johnson was one of three Black students handpicked to integrate West Virginia University’s graduate school.

As a business executive and the former Chairman and CEO of PepsiCo, Indra Nooyi has consistently ranked among the world’s most powerful people. During her tenure at PepsiCo, the company grew its net revenue by more than eighty percent, and PepsiCo’s total shareholder return was one hundred and sixty-two percent. Under Nooyi’s leadership, PepsiCo expanded significantly, acquiring Tropicana Products, Inc., merging with Quaker Oats Company and PepsiCo’s anchor bottlers, and acquiring the Russian company Wimm-Bill-Dann Foods, resulting in the largest international acquisition in PepsiCo’s history.

Advocate, author, lawyer, and 44th First Lady of the United States—the first Black person to serve in the role—Michelle Obama has emerged as one of the most influential and iconic women of the 21st century. During her time in the White House, from 2009-2017, she established herself as a strong advocate for women and girls in the U.S. and around the world. As First Lady, she created: Let’s Move!, a program aimed at ending childhood obesity; the Reach Higher Initiative to help students navigate and better understand job opportunities and get the education necessary for these jobs; Joining Forces, an initiative she co-led with Dr. Jill Biden to support military veterans, service members, and military families;

Link to more about each woman.

One thought on “National Women’s Hall of Fame”