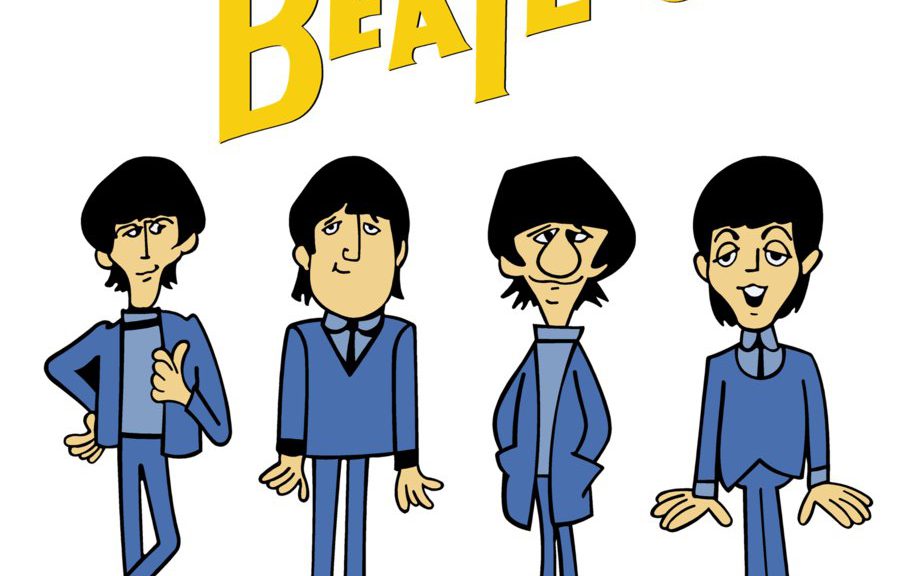 Rubber Soul, the album that changed the direction of pop music like no other, was on the December horizon.

Odd as it may seem, those incredibly great numbers and three Grammy nominations resulted in no Grammy awards at the 1966 ceremony.

The Beatles were a HOT commodity!

Do a search for Beatle memorabilia on E-Bay to get a taste of the enormous  number of novelty items still available. The ABC TV network jumped onto the Beatle band wagon because ABC recognized a golden egg when they saw one. Each Beatle was a golden goose and they were laying clutches of golden eggs.

On September 25, 1965 ABC broadcast the first Beatles cartoon. No need to be clever, the network simply called the show The Beatles.

Each episode’s story line highlighted a Beatle song or two. For example, the first episode was called A Hard Day’s Night/I Want to Hold Your Hand. The Beatle characters were rehearsing at Transylvania Hilton, but fans keep getting in the way.

Ringo said he knew a place that was big and empty. Paul responded, “Sounds fine, but how do we all fit inside your head?”

Ba-dump-ba! And away we go.

The Beatles themselves were not part of the production. Al Brodax and Sylban Buck created the show and King Features Syndicate produced it. American actor Paul Frees did the John and George voices. You may not recognize his name, but chances are you do recognize one of his many voices!

British actor Lance Percival did the Paul and Ringo voices.

The Beatles were not enthusiastic about the production at first, but later came to like the idea and the various episodes.

The series ended on September 7, 1969 after a total of 39 episodes. ABC moved the 1967 season to Saturdays at noon. The fourth “season” was re-runs shown Sunday mornings at 9:30.

We can easily find the episodes now on YouTube

In 1999, Mitchell Axelrod wrote BeatleToons, The Real Story Behind The Cartoon Beatles. In 2015, Rolling Stone magazine had an article marking the 50th anniversary of the show. The Beatles weren’t too crazy about the idea of the Yellow Submarine movie either until they saw some outtakes from it. Al Brodax was a producer and co-writer of that film and the film’s director, George Dunning, had worked on the cartoon series. Voice actors performed the parts including Lance Percival (who did not do a Beatle voice).

To fulfill their contractual obligation with United Artists, they appeared  “live” at the end of the film and sang “All Together Now.”