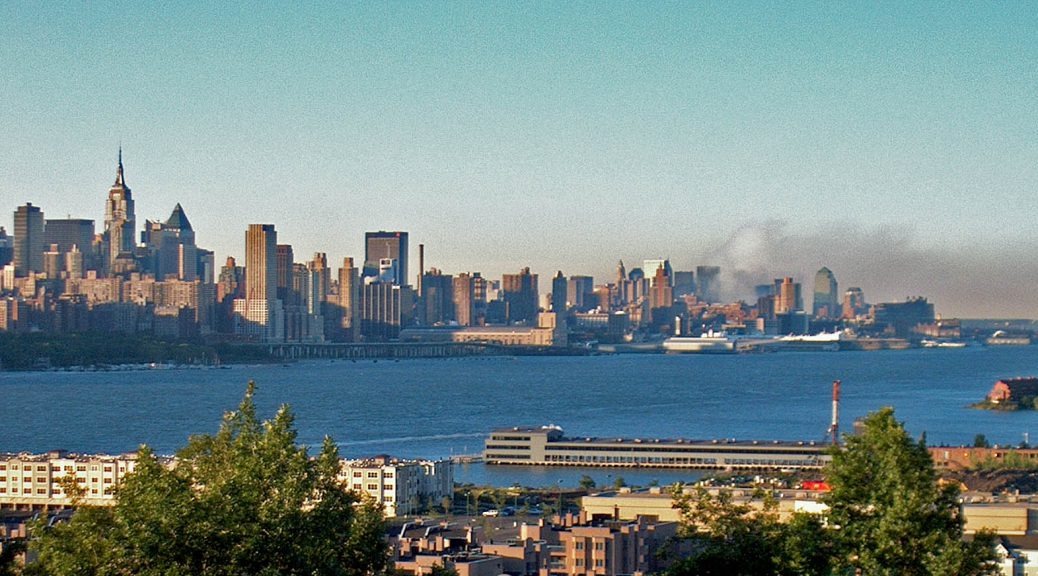 It was a magnificent fall day in late summer. It is less than 8 miles from the school to the World Trade Center. We can see the Towers from the roof.

I was in the main hallway when I met Jackie, a social studies teacher. She said the news had reported a plane flew into one of the Towers. My first thought was remembering that a plane had once hit the Empire State Building, but I needed to continue my day as everyone was doing.

When the second plane hit the other Tower, our day stopped. TVs on in every classroom. Then Jackie told me that a Tower had collapsed.

“You mean the part above where the plane had hit.” How could a building like that actually collapse. Completely collapse.

Parents started to call. Parents came in. Parents brought their children home.  The safety of home?

I saw a mother picking up her daughter. Both crying. A clear day had become a mental fog. Not knowing what to say, but knowing I should say something, I cliché’d: “It’ll be OK.”

It wasn’t. The son, the brother, was in one of the Towers. His body never found. Why?

Our son was in the city that day for a job interview.

He later told us that when he entered the building he could see the Towers. When he left the building, the Towers were gone. He finally got across the river and met us in a shopping mall’s completely empy parking lot. Stores closed. He was with one other person, a young woman in similar straits.

Our days became an occasional waft of burning smell and an eerie silence until fighter jets suddenly and alarmingly screeched overhead.