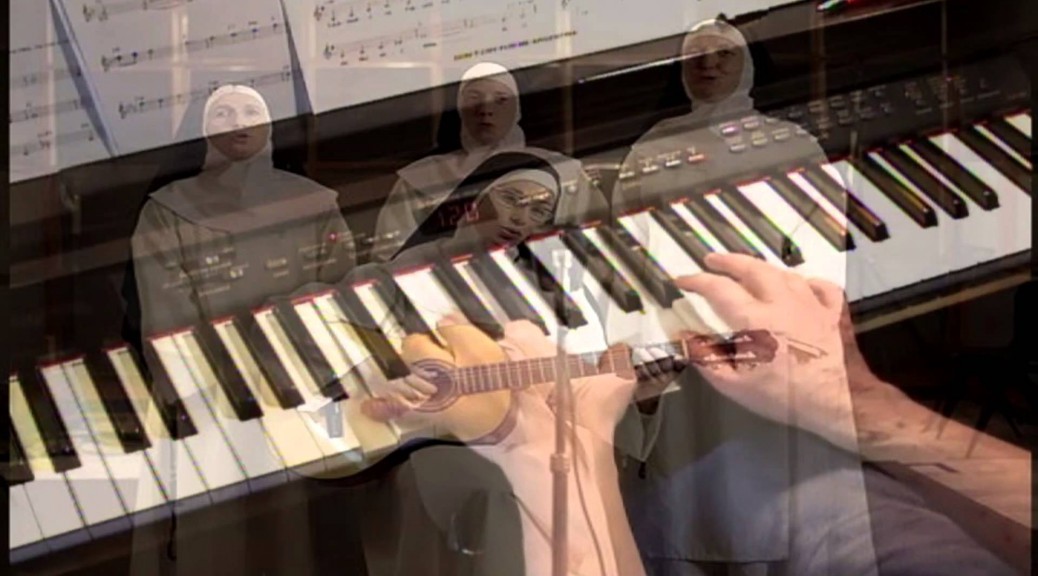 In 1959, twenty-five year old Jeanine Deckers was coming off a broken engagement when she found the family she was seeking: the Fichermont convent in Belgium.

The reclusive Dominican order in Fichermont convent permitted Jeanine Deckers to bring her guitar with her. As, Sister Luc-Gabrielle, she wanted to use her musical talents to raise funds for the order. That is the quick story of “Dominique.”  That is the happy beginning to a sad story ending. 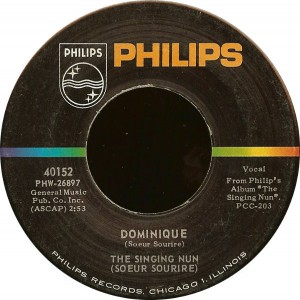 Dawn of US Beatlemania

In the twilight of December 7, 1963 the sun was about to rise on American Beatlemania, but Soeur Sourie’s “Dominique” was both Billboard’s #1 single and album. The single remained at #1 for all of December. The album remained at the top spot until February 15, 1964.  Less than a week after the Ed Sullivan showcased the Beatles, their “Meet the Beatles” album deposed the Singing Nun.

In 1966, they left the convent to live together.

Decker’s financial success brought tax troubles. Once apart from the convent, the profits that the song had given the order became Decker’s responsibility. Though she tried to pursue a secular recording career, her Catholic fan base lost interest in the lack of a religious habit, her living with another woman, and her praise of birth control.

Determined to live her new life, Deckers even wrote a song, Sister Smile Is Dead, (reminds me of Dylan’s “Maggie’s Farm.” )

In 1982 she released a disco version of Dominique

In 1983, she and Pécher opened a school for autistic children. It  failed financially.

Their lives, filled with addiction and despair,  the two women took their own lives on March 29, 1985.

In her part of the note left behind, Pécher wrote, “We do suffer really too much… We have no more place in life, no ideal except God, but we can’t eat that….We go to eternity in peace. We trust God will forgive us. He saw us both suffer and he won’t let us down.”

In 1996, a play was produced on Broadway called, “Tragic and Horrible Life of the Singing Nun” (click >>> NYT review)