Remembering Michael Lang on his birthday

If you’ve arrived here directly or via Facebook, I will assume that you are already familiar with Mr Lang and who he is. I’ll just bullet-point a few facts about him. 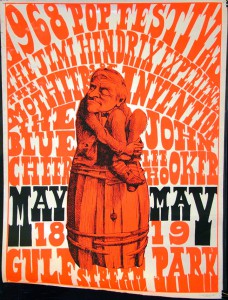 Michael Lang died at Sloan Kettering hospital in New York. He was 77.

Michael Pagnotta, a rep for Lang and longtime family friend, confirmed the promoter’s death to Rolling Stone, adding that the cause was a rare form of non-Hodgkin’s lymphoma.

Michael Lang’s death was obviously in the news everywhere. Likely hundreds of obituaries and remembrances could be found. I chose the following from Bill Hanley, the person who did the sound at Woodstock:

He was a friend of mine. We worked together at many festival gigs, most notably Woodstock ’69.
Because of my experience Michael believed I would deliver the best possible sound, and I did.
He told me decades later he knew I could be trusted to be fully conscious all the time because I didn’t do drugs or drink. He was right.
In the past month there has been much written and broadcast about Michael, all favorable and to which I don’t feel I could add anything more to this distinguished person’s character.
Except one thing…
For the summer of August, 2019, because plans for the 50th Woodstock Event were canceled, Michael came up to Yasgur’s Farm in Bethel, NY. Me, my wife, my son and all his friends, Rona Elliot and Henry Diltz were staying at Max Yasgur’s house (graciously offered to us by Jeryl Abramson, now owner of Yasgur’s Farm).
Michael was a celebrity when he came, everyone was thrilled to see him. With an extended hand shake he humbly spoke to everyone. After the drum circle and the place calmed down me, my wife Rhoda, Rona and Michael were left sitting around Max’s kitchen table. The four of us started talking about our childhoods, our families, telling stories. Some were so funny we were just bending over the table with laughter. Into the wee hours of the early morning we shared our past. I got to know Michael and he got to know us just as plain ordinary people. No rock ‘n roll, not show biz just human beings with stories, many just totally hilarious. I treasure this night.
I will miss Michael.
Bill Hanley
February 3. 22