From AllMusic: The second album by Ornette Coleman’s legendary quartet featuring Don Cherry, Charlie Haden, and Billy Higgins, Change of the Century is every bit the equal of the monumental The Shape of Jazz to Come, showcasing a group that was growing ever more confident in its revolutionary approach and the chemistry in the bandmembers’ interplay. When Coleman concentrates on melody, his main themes are catchier, and when the pieces emphasize group interaction, the improvisation is freer. Previously at the encouragement of Vik Lovell, a Perry Lane neighbor and Stanford psychology graduate student, Ken Kesey had volunteered to take part in a CIA-financed MKULTRA project at the Menlo Park Veterans Hospital. Kesey was working there as a night aide. The project studied the effects of psychoactive drugs. Kesey wrote many detailed accounts of his experiences with these drugs, both during the study and in the years of private experimentation that followed. Kesey’s role as a medical guinea pig, as well as his stint working at the state veterans’ hospital (where he had access to the cabinet where they kept LSD), inspired him to write One Flew Over the Cuckoo’s Nest. In 1962  Congress passed new drug safety regulations and the FDA designated LSD an experimental drug and restricted research.

June 1967: The Association released their third album, Insight Out which contained the anti-war song, “Requiem for the Masses.” (see June 20)

June 1 – 14, 1963,  “It’s My Party” by Leslie Gore #1 on the Billboard Hot 100. From Wikipedia: “It’s My Party” was credited to John Gluck, Wally Gold and Herb Weiner, staff writers at the Aaron Schroeder Music firm in 1962. The lyrics were actually written by Seymour Gottlieb, a freelance songwriter. He gave the lyrics to Herb Weiner, with whom he partnered in writing songs, to peddle. It was based on actual events relating to Gottlieb’s daughter Judy’s ‘Sweet 16’ party, before which she cried over the prospect of her grandparents being invited.”

see “Let’s Get Together” for more

June 1, 1964: The Kingston Trio released their album Back In Town. On the album was their version of “Let’s Get Together.” This version was the first to bring the song to the attention of the general public. Dino Valenti wrote the song which would later become well known when sung by the Youngbloods in 1967. (see Nov 1)

June 1, 1967, The Beatles after live performances: “Sgt. Pepper’s Lonely Hearts Club Band” released simultaneously in UK and US. It becomes a cultural benchmark and wins the Grammy for “Album Of The Year”, the first rock record given that award. (see June 4)

From Wikipedia: “director Mike Nichols, then filming The Graduate, became fascinated with the duo’s past two efforts, listening to them nonstop before and after filming. After two weeks of this obsession, he met with Columbia Records chairman Clive Davis to ask for permission to license Simon & Garfunkel music for his film. Davis viewed it as a perfect fit and envisioned a best-selling soundtrack album. Paul Simon was not as immediately receptive, viewing movies as akin to “selling out”, but he agreed to write at least one or two new songs for the film after being impressed by Nichols’ wit and the script.”

“Give Peace a Chance“ 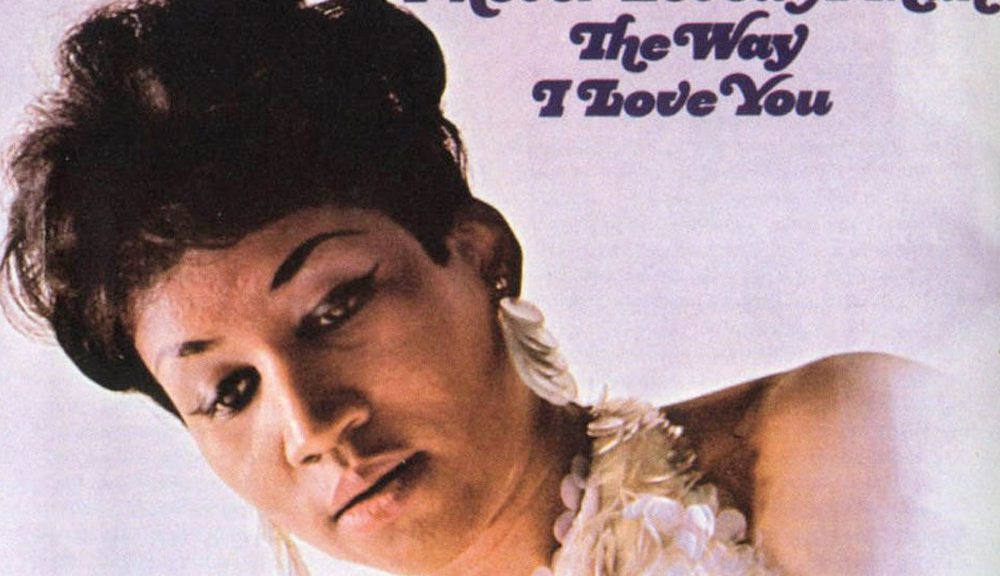 The Main Gallery sets up that momentous 1969 event by walking visitors through the turbulent 60s: the civil rights movement, the space race, technological innovations, the Vietnam War, Beatlemania, the counterculture, assassinations, fashion, politics, the change in family, nationalism, and the many other of that era’s hallmarks.

Among the first half-dozen albums are displayed is Aretha Franklin’s  breakthrough Atlantic Records debut album, I Never Loved a Man the Way I Love You.  It is the featured image atop this entry. The single by the same name was a hit for Franklin and Atlantic Records selected “Respect” (can anyone write that title thinking of the song without mentally singing the letters like Aretha?) as her next single.

Otis Redding had written the song and released it as a single in the summer of 1965. The song did well commercially and helped establish his presence on the white side of the radio waves.

He continued to sing his version of the song and included it in his amazing performance at the Monterey International Jazz and Pop Festival in 1967. It was during his introduction (listen above) that he says, “that a girl took away from me, a friend of mine, this girl she just took this song.”