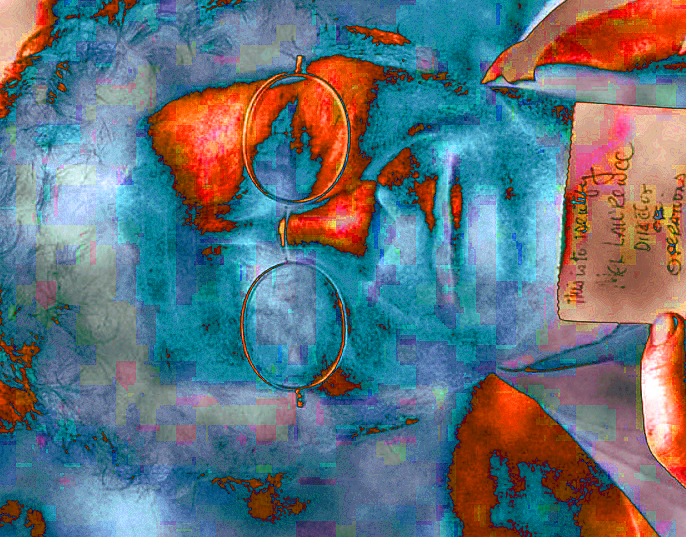 Mel Lawrence already had a long list of credits to his name before Woodstock Ventures hired him to be its Director of Operations (or what he jokingly referred to as “Fences and Shitters”) for the Woodstock Music and Art Fair.

After a stint in the Army and attending Long Island University (received a BS in Speech Pathology), he moved to Hawaii. While attending the University of Hawaii, he got involved in promotion with KPOI, a rock radio station. He helped produced many concerts there until 1966.

A friend became program director at the famed KFRC radio station in San Francisco and that friend offered Lawrence  the promotion director position.

That position gave him production experience.

He helped create and produce the Magic Mountain Music Festival (in many ways the first rock festival).

In a 2014 Rolling Stone article, Mel said of Magic Mountain, “My M.O. was that I was as crazy as any hippie, but I had short hair so I could talk to corporations and cops.”

The attitude he and the others helped promote there, served them well down the road in 1969: “ I think the basic thing was a consideration for the audience and realizing that there were other options than just sitting them down in a seat and watching a show. And you had to care for their welfare because you’re the promoter.”

A week after Magic Mountain, he assisted with the much more famous Monterey Pop Festival.

In 1968, he co-produced the Miami Pop Festival. Michael Lang was slightly involved with that event and said of Lawrence in the RS article, “Mel was very practical and very creative and very well organized. He was just very unflappable, which was essential.”

He also helped do the Newport ’68 festival.

And many on the Miami crew worked at Woodstock as well.

After accepting the offer from Woodstock Ventures to be the festival’s Director of Operations [Lawrence grew up close to Michael Lang’s home and Michael had gone to high school with Lawrence’s younger brother], he left the west coast–with a girlfriend–and moved to New York City’s Greenwich Village. There they moved in with Arlo Guthrie because Lawrence’s girlfriend knew Arlo.

He knew that the biggest site challenge for Woodstock would be that it was a raw location. The festivals like Newport and Monterey and Miami had been at places that already had electricity, running water, sanitation facilities, the basics of a venue.

He says his checklist was six pages long. And keep it mind the festival’s name: the Woodstock Music and Art Fair. Flags and banners were part of the equation, too.

Most Woodstock fans know that the festival’s original location was going to be in Wallkill, NY. Of that site, Lawrence says that it was wonderful in itself, but lousy in terms of surrounding area. No overflow. So the mid-July Wallkill eviction turned out to be a positive thing in terms of a site.

Though Max Yasgur‘s field and the area surrounding it may have been better for a large crowd’s overflowing needs, the fact that Woodstock Ventures had only three weeks to create the venue became a huge challenge: bring in more electricity, build the stage, put up utility poles for structural purposes, plumbing, paths, fences, sanitation needs, fielding phone calls from various authorities,

The weather those three weeks mostly cooperated. There was a doctor giving the crew B-12 shots.

He relates a “lucky” story about the sanitation inspector arriving to look at those facilities. The inspector had brought his teenage daughter, but when Mel and the inspector were about to take their walk, the inspector didn’t see her. The inspector spent the rest of his time their looking for his daughter.

After the festival, Lawrence was also in charge of the cleanup. He describes how workers, including Boy Scouts, collected items, piled them by type (shoes, blankets, sleeping bags, etc) and donated much of it in New York City.

Woodstock was just one, albeit perhaps the most famous, of Lawrence’s many projects.

In 1977, he helped organize the first Jamboree In the Hills country festival which continues today.

He also became involved in film:

Mel Lawrence died on November 6, 2016. An obituary from the LA Times read: “Big spirit, huge heart and beautiful soul Mel Lawrence left us to soar with the eagles early Saturday morning, November 5th at his home in Santa Monica. He lived a life full of adventurous travel, creativity, and self exploration. The twinkle in his eye and his passionate connection to life will be missed by all of us who knew and loved him. “