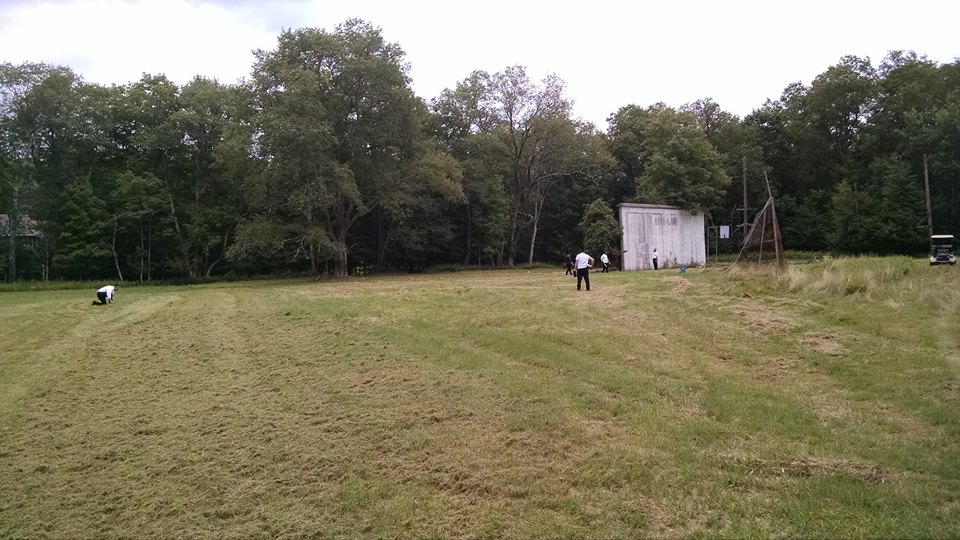 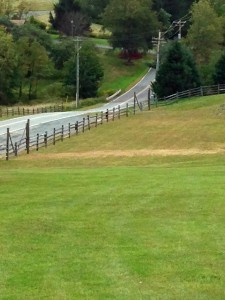 The most common question visitors to the Woodstock field ask is “Where was the stage?”

It is a simply enough question to answer when standing at the top of the field or in the field’s corner near Wayne Saward‘s monument: at the bottom toward the gravelly northeast section of the field.

Bethel Woods Center for the Arts has plans to erect a permanent marking of the stage area and the 2019 special exhibit in the Museum used some of the original stage’s plywood.

Where’s the Woodstock wood been?

Not where you’d think.

In the afterglow of the most famous festival in American (the world?) history, Woodstock Ventures wanted to clean up and move on as quickly as possible. Money worries and lawsuits were upon them and warranted their time. 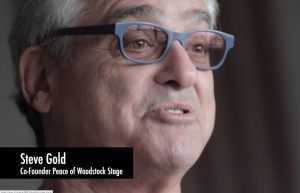 Steve Gold was 15 in 1969 and had attended the concert. Five weeks later he was visiting the Robi-Lane bungalow colony his girlfriend Robin’s father owned in  nearby Woodbourne, NY. Dad asked him to help unload wood panels from his truck. No fool Steve and knowing how to keep on both Robin’s Dad and Robin’s good side, Steve said sure.

Dad also happened to mention that the wood had come from the Woodstock Music and Art Fair stage.

Luckily, the story only sort of ends there.

Entertainment had become part of his life. His professional career  included stints as a concert promoter, entertainment marketing executive, a managing executive of The Saint, home of the famed Fillmore East and what was once the largest dance club in New York City, and executive director of the Palladium. 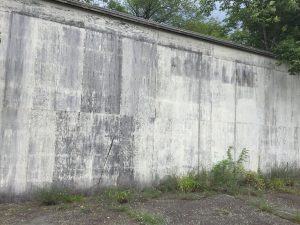 He and a friend took a ride to the site of the now sold bungalow colony. He thought he remembered where the wood  would be, but it wasn’t there.

After a search around, they found what they were looking for. A  paddle ball court.

Yup. That’s what the Robin’s Dad had used the wood for. The outside of the plywood was well-worn, but after removing nails and getting to the unexposed sides, Steve became surer and surer he had hit gold. 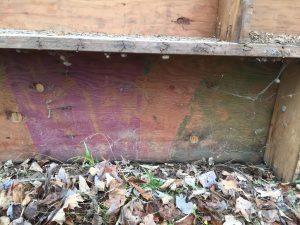 “We removed several panels to look for stage markings we had seen in hundreds of festival pictures and the Woodstock movie to identify it was the real deal,” he recounts.  “I knew it had to be because of the Weyerhaeuser (lumber company) logos etched into the stage floor panels and because of the distinctively-colored paint splatters.” 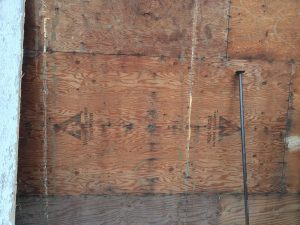 Weyerhaeuser tested some samples, they reported that the age of the pieces matched those of 1969.

Gold also took some of the panels to Wood Science Consulting, a  company specializing in the engineering uses of wood and wood-based products.  And after much testing, the wood was authenticated as the original flooring of the Woodstock stage.

Gold and his two partners, Dave Marks and Randy Garcia, are selling pieces of the stage and some of the proceeds will be donated to charities benefiting Vietnam veterans, the homeless and the hungry, and gun law reform efforts established by families of mass shooting victims.