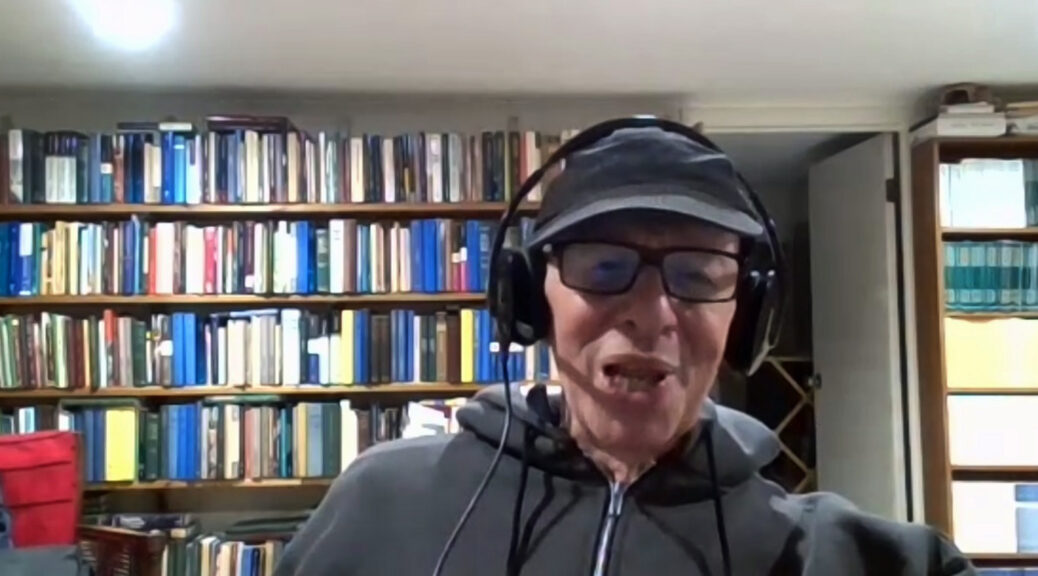 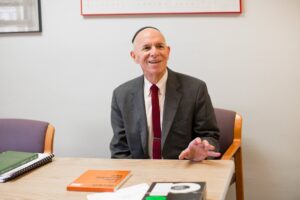 It should stop surprising me when I do a blog piece on a Sha Na Na band member and discover that they went on to do something very much different than recreating 1950s doo wop music. I must remind myself that all but one [Henry Gross] of the band members were attending Columbia University.

Alan Cooper was one of the original 12-member band and sang bass. He is featured in the Woodstock film when Sha Na Na continues their 30-minute set with a rousing  performance of  “At the Hop.”

He remembers that there was no water to drink, “…but plenty of champagne. The guys in Ten Years After had a camper and lots of food,
which they were happy to share with Cooper and his gang.”

He would remain with the band until the spring of 1970, a time span that put him on both The Tonight Show and The Merv Griffin Show — no small feat.

Jon “Bowzer” Bauman replaced him though Alan would fill in a few times for Bauman due to illness]. Cooper  was graduated from Columbia with a BA in religious studies in 1971 and would go on for additional degrees, a Masters in Philosophy  from Yale University in 1974 a doctorate in Biblical Studies at Yale as well.

Alan Cooper doesn’t look like someone who played at Woodstock. On a recent afternoon, one of those thick and sticky Manhattan days that make you yearn for winter, the 66-year-old JTS professor was sitting at a table in an Italian restaurant, in a yellow Oxford shirt that hung big on his thin frame, with a plain olive baseball cap pulled down over his bald head. He was talking about the younger sister he recently lost to pancreatic cancer: Her funeral was on a Friday afternoon, and because you can’t sit shiva on Shabbat, everything was thrown into flux. Suddenly we were discussing Judaism’s laws and their intent, which brought us to the Golden Calf. “It’s after that incident that the Jews get all their rigorous rules,” he said, between bites of pasta. “The lesson: Jews are bad at improvising, and they shouldn’t try it because if they do, well, you end up with a Golden Calf.”

Why Leave the Band?

He had always been drawn to Judaism, specifically its language and texts. As a kid, he’d fill out Hebrew grammar forms while riding the bus as child from his Long Island home to West Hempstead’s Hebrew Academy of Nassau County. Just before he turned 13, Cooper’s family moved to Livingston, New Jersey. He became involved in the local Conservative synagogue. He joined the choir and learned how to lead the prayer service.

Nowadays [JTS site] Alan Cooper is the Elaine Ravich Professor of Jewish Studies. He joined the faculty in 1997 as a professor of Bible, and has served as director of publications chair of the Bible faculty, and, from 2007 to 2018, provost of JTS.

In 1998, he was appointed professor of Bible at the Union Theological Seminary, a nondenominational Christian seminary, becoming the first person to hold concurrent professorships at JTS and Union.

Previously, he was a professor of Bible at Hebrew Union College–Jewish Institute of Religion, where for six years he was director of its School of Graduate Studies. He also taught religious studies for ten years at McMaster University in Hamilton, Ontario, Canada.

And from the same Sha Na Na Tova article:

Here’s a passage from Cooper’s 2002 essay, “The Message of Lamentations”:

I have been intimating that there is no longer any intrinsic reason to read the book of Lamentations in the light of the biblical canon, or to fit it into the frame of some biblical theology. Despite the undeniable heuristic power of those intertexts, I find it equally plausible and illuminating to place Lamentations in a different discursive context—the popular lament literature of the ancient Near East, and the widespread “personal religion” that it manifests.

Jimi Hendrix had Purple Haze. Alan Cooper has that.

After renting costumes a few time and wanting to avoid the cost and inconvenience of renting, band member Rob Lenard‘s girlfriend made them.