It is easier to mistreat others as long as we paint “them” as inferior, non-human. The British did just that with the Irish. Even their Punch cartoons dehumanized the Irish. 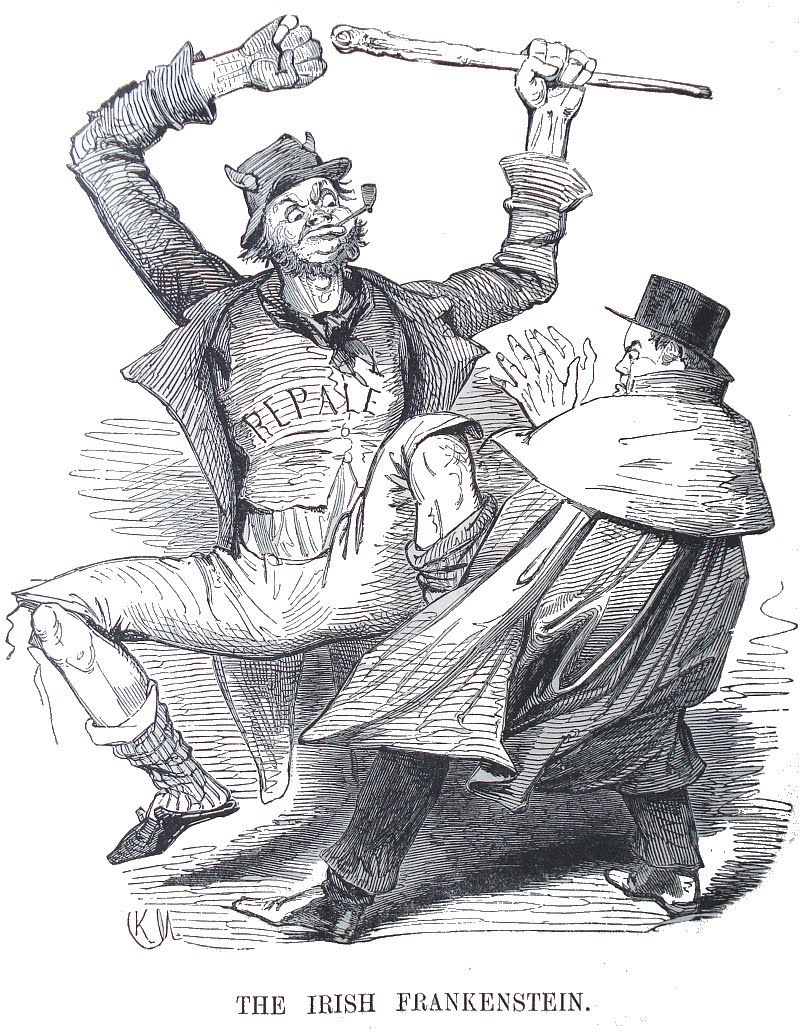 Declan O’Rourke does the same to Curry Shaw.

As the number of Irish fleeing their homeland by sea increased, the conditions on board ships worsened as unscrupulous ship owners realized a golden opportunity. The refugees  literally became ballast. Disease and death spread easily and even the long-hoped for arrival at an American port often meant weeks of quarantine.

In 1847 the US Congress passed the Passenger Act. The Act’s purported intent was to regulate the carriage of passengers in these vessels. In actuality, rather than abide by the new Act, unscrupulous shipping companies  simply changed their destination to Canada and continued using the same ill-equipped ships. The Irish could stay there (as many did) or find their way to the United States.

On April 5, 1849, under the command of Captain Curry Shaw, The Hannah set sail for Quebec. Its last cargo had been coal. This time the ship’s cargo was 176 passengers, the great majority of whom were from the Parish of Forkill, South Armagh.

While records are not completely available, there are numerous allegations that Shaw confined the passengers below deck for long periods, cut the rations of food and water and threw the three latrines overboard after a few days at sea. 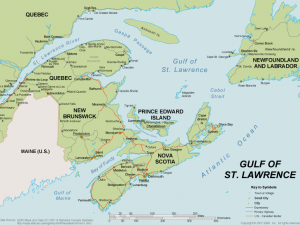 The Cabot Strait lies between New Newfoundland and Cape Breton and leads into the Gulf of St Lawrence and thence to the St Lawrence River. At 4 a.m. on April 29, 1849, in gale-force wind, the Hannah rammed a reef of ice in the Cabot Strait.

Shaw ordered the hatch covers nailed shut and despite the efforts of Dr Graham to stop them,  Shaw, the first and second mates and a few crewmen abandoned the sinking ship in the ship’s only lifeboat.

As the ship sank, the passengers, able to get out after a crewman opened the hatches, sought the “safety” of the ice floes. There they waited until 6:30 pm when Captain William Marshall of the ‘Nicaragua’ discovered the survivors on the ice. He and his crew were able to rescue of 129 passengers and nine seamen.

The people so suffered from hypothermia that most had to be lassoed by the Nicaragus’ crew and hauled aboard.  Marshall said ‘no pen can describe the pitiable situation and destitution of these passengers’.

He transferred some of the passengers to four other ships and arrived in Quebec fourteen days later; one day after Captain Shaw who had reported the total loss of all on board the ‘Hannah’.

Captain Marshall received an inscribed silver goblet from the Irish in Quebec. Most of the surviving passengers continued to North Crosby, Westport, Ontario, which their descendants still call ‘little South Armagh’.

Surgeon Graham testified against Curry Shaw, Shaw received no punishment. Graham had broken his ankle jumping from the ship and trying to stop Shaw. Shaw had repulsed Graham’s attempt by hitting him with a cutlass.

Graham died from his various injuries and frostbite a month later.

John Murphy had put his 6-year-old twin boys, Owen and Felix, aboard an ice floe, thinking it safe. He swam off to rescue 3-year-old Rose. Murphy then turned to his boys as they drifted away. He lost them in the darkness, forever. He lost all of his teeth from frostbite.

Ann McGinn husband had emigrated in 1848. She traveled with their six children to join him in Ontario.

She arrived in Quebec alone.

Lowest of the Low

As captain of the cowards

On the lifeboat down to hell.

Links to two articles about the event: The Star and the Ring of Gullian