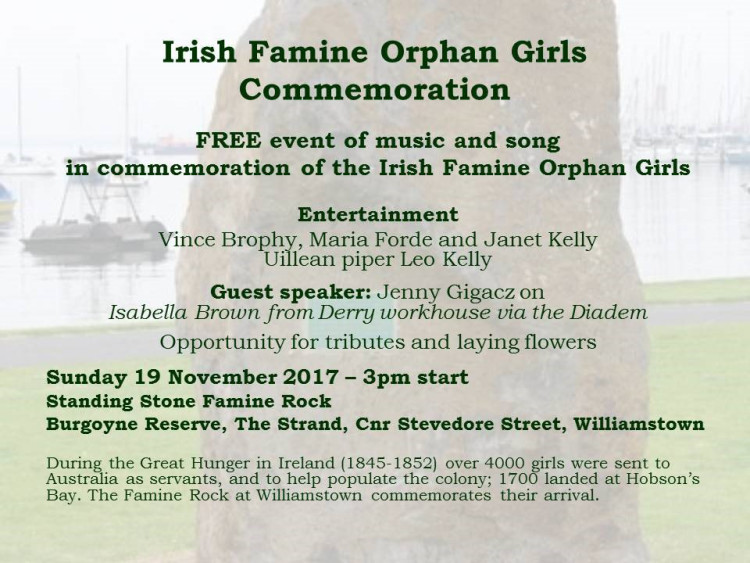 As much as we listeners might want to skirt the pain and however gently O’Rourke  presents “Mary Kate” to us, it is an arrow to the heart.

Harp dominates. Acoustic guitar accompanies. O’Rourke’s voice holds us by the hand, but be forewarned.

With Britain’s deliberately inefficient policy to deal with the Great Famine’s starvation, the cold choice to deport the problem became a solution. Deport the young women from the horrors of the Irish workhouse to Australia where Britain had already deported its felons.

Henry Grey, the British Secretary of State for the Colonies came up with the idea that these young women could settle with these felons and make a good wife or a good servant (likely both).

Records hardly exist about any of these young women, but we know that the policy,  in reality, forced many of them into prostitution or abusive relationships. Escaping one famine merely to endure another.  A famine of hopelessness in an unknown land as far from home as one could possibly be.

And whether any sister ever saw her sister Kate again or earned the money to send for his sister Kate is a story for which you can write that ending. For these two sister, the story ended with…

And Too-ria my Mary Kate

And we won’t meet in this life again.

There are those today who are trying to memorialize these young women, trying to have history remember them. (Irish Times article)