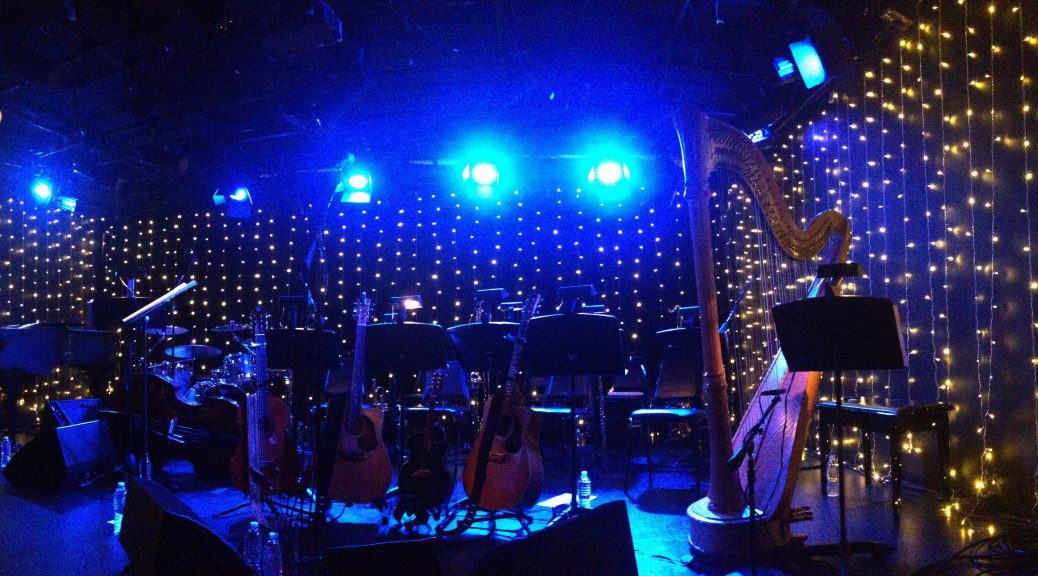 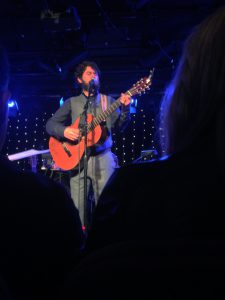 Declan O’Rourke has an amazing voice and a mesmerizing stage presence. He also writes great tunes. He released his first album, Since Kyrbran, in 2004 and has steadily continued releases since then.

Warner Brothers Records released O’Rourke’s album, Chronicles of the Irish Famine, on October 27, 2017. When I first heard about the album I thought that he had covered a collections of traditional songs. How could any contemporary composer come up with a whole album’s worth of new music on such an old topic? He must have researched and found  established songs written since Ireland’s mid-19th century’s Gorta Mór. Songs that related to one of the sadly too many of human history’s famines that Help would have minimized or eliminated had Help decided to.

But O’Rourke wrote all with occasional help and it took him 15 years to complete. I suppose it was one of those projects when Inspiration alone cannot lead to Completion. He did a remarkable job of portraying the Famine’s nightmares without being maudlin.

Siobhan Long wrote in The Irish Times:  “O’Rourke mines the darkest corners of the horrors of the Irish famine with a sensitivity that animates a raft of highly personal stories.”

Over the next 12 days I will write about each of Chronicle’s songs. “Clogman’s Glen” opens the album.

If you’re watch your player’s timer, you’ll notice that for the first five seconds there is silence. Then O’Rourke inhales deeply. To sing such a collection of sad tunes, a moment is needed. Knowing what is ahead, we all need to take a breath.

At 11 seconds, a slow fiddle precedes O’Rourke’s gentle voice beginning his narrative. Rather than dropping us immediately into the  Great Famine’s  monstrosity, Declan brings us to Clogman’s Glen, an actual settlement on the side of a lake, called a Clachan. Life is difficult, but the inhabitants survive. The song’s narrator recalls…

Ah, do you remember when, my love

Oh my love, do you remember when

When we were young and life was hard

But beautiful in Clogman’s Glen?

English Rule a Recipe for disaster

By the mid-19th century, the English had herded the Irish peasants onto small plots of land to make room for pasturing beef cattle, but even with only an acre and a half, a family of six could grow enough potatoes for a year.

Potatoes grew well, even on poorer acreage. Potatoes were nutritious and easy to cook, and they could be fed to pigs and cattle and fowl. And families did not need a plow to grow potatoes. All the peasant needed was a spade–and a strong back. And they could grow potatoes in wet ground and on mountain sides where no other kinds of plants could be cultivated.

As much as it is a stereotype about potatoes and the Irish,  it was the English policy that resulted in more than half of the Irish depending on the potato as their diet’s staple. Almost 40 percent ate almost entirely  potatoes, with some milk or fish as the only other source of nourishment. If anything interfered with the annual potato crop, the peasant starved.

It is easy to forget that an atrocity often begins with quiet notice. There is always a time of seeming normalcy before the atrocity headlines. A time “before the winter’s icy chill, And cold stiff wind swept through and blew.”

There had been occasional and localized crop failures, but in the early 1840s the incidence suddenly increased. And in 1845 half the crop failed.

And that is the point.  Recalling that the majority of the 19th century Irish were poor, living off the land, they had been able to survive with the land’s beauty around them, but they were already living on the edge of catastrophe.

Irish poet William Butler Yeats described Ireland’s Easter Uprising in 1916 as a “terrible beauty.” That same phrase equally applies to this album. The beautiful playing often belies the terror the Irish Famine wrought upon the millions who suffered, who died, who tried to escape. (Irish Times review)

O’Rourke also is an author. On October 31, 2021, Gill Books published The Pawnbroker’s Reward and like Chronicles, the story is set during the Irish Famine. It is the story of the ua Buachalla family and shows the famine as it happened through the lens of a single town – Macroom, Co. Cork – and its environs.

Joseph O’Connor, author of Star of the Sea wrote of the novel: ‘A powerful and gripping piece of writing from a born storyteller, a tale shaped with the lyricism of a songwriting giant.’