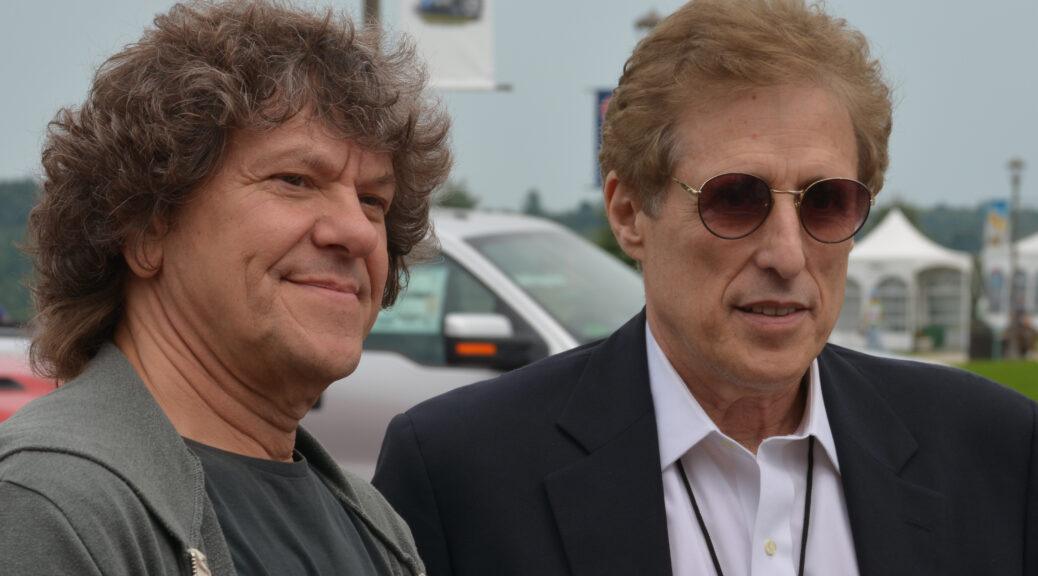 Each of the four young men, with or without unlimited capital, who formed Woodstock Ventures to create the most famous music festival of all time contributed to its muddy success. 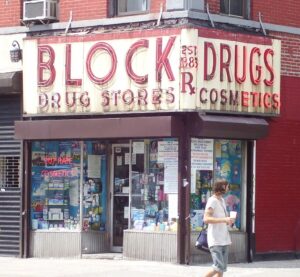 John Roberts is mainly associated with the financial backing with his family’s fortune from the Block Drug Co.

Michael Lang’s brought a vision and insistence that the show must go on.

So, what about Joel. He was Roberts’s best friend.

Rosenman grew up on Long Island, NY and attended Princeton University, where as a freshman in 1959 co-founded the Footnotes a cappella group. I guess the Footnotes never went doo wop as the members of rival Ivy League’s Columbia University’s Kingsmen had when they became Sha Na Na. Imagine!

He graduated Princeton in 1963 and finished Yale Law in 1966  Shortly after that, Joel befriended John while on a golf course. 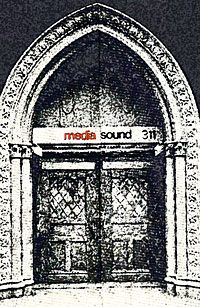 They got into the recording business via Media Sound, a studio located in a former Baptist church built in 1920.  Located at at 311 West 57th St. in Manhattan,  Harry Hirsch (who’d began his career in 1942 as a 13-year-old drummer in The Catskills) founded Media Sound with assistance from Bob Walters, (during World War II a member of the U.S. Army Air Force band stationed in London when Glenn Miller led it), and the financial/business backing from Roseman and Roberts,

Media Sound opened in June 1969. It is now the location of Metronome Hospitality Group’s Providence NYC, a venue for  private parties and corporate functions.

Woodstock Music and Art Fair did not start out as such. It sprang from Lang and Kornfeld’s idea of  establishing a recording studio in Woodstock, NY, the rural upstate area where many  young musicians lived and visited mainly because one Bob Dylan had found its relative isolation a comfortable place to raise his young family and write music with his Band friends.

Albert Grossman had already initiated plans for his nearby Bearsville Studio, so why Lang and Kornfeld thought it would be feasible to open second studio competing with Dylan’s own manager who was also the manager of several other name musicians such as The Band, Janis Joplin, Gordon Lightfoot, and Peter, Paul, and Mary, is an unsolved mystery.

Rock music festivals were not new by 1969. The June 10 – 11, 1967 Fantasy Fair Festival (in Mount Tamalpais State Park, CA) is typically credited as the first though the Monterey Pop Festival a week later (and about 125 miles north) is far better known.

So, what could attract big rock and folk names to a DIY and isolated location? Money.

According to Rosenman in a Giving to Princeton article,   “None of the four of us had ever produced anything bigger than a birthday party. Inconveniently, the managers and the agents for the bands knew we were novices. They refused to commit their bands to an event that might never take place. We solved that problem by throwing money at it; we paid the bands twice as much as their going rate.”

Even when the festival finally got going, finances continued to be both the key to its success and the thorn in its side.

Again from the Princeton article: The Who and the Grateful Dead had decided at the last minute that they would no longer accept Woodstock’s checks. They wanted cash or they weren’t going to play. Rosenman…had to scramble. He woke up his banker with a phone call and sent a helicopter to the man’s backyard, flying the pajamas-clad financier over the traffic jams and to the bank office a few miles away. Now, as the clock ticked, Rosenman revved his motorcycle and followed the music.

The closer he got, the more congested the route became. But once he reached the periphery of the vast field that had been transformed into a cultural epicenter of peace and music, he couldn’t help but pause to appreciate the beauty and the gravity of the moment.

“Janis Joplin was singing ‘Piece of My Heart,’ and she was brilliantly lit up by the spotlight,” Rosenman said. “And in my backpack, I was carrying the cashier’s checks that would keep the crowd from becoming very unhappy. Threading my way through the audience was difficult, but it was also exhilarating. I felt, briefly, like a hero.”

No Walk in the Garden

From the beginning, the event’s logistics had presented constant hoops to jump through, the biggest, perhaps, having been the Wallkill eviction forcing the festival, only three weeks before the festival. to seek another site, which of course turned into Max Yasgur‘s hay field in Bethel.

Because Woodstock Ventures had to build the venue from scratch in a location where nothing was–there was barely electricity–everything seemed a nightmare.

Joel regarding power [from the above NPR interview]:

We were sprouting walkie talkies from every ear at that point and dealing with a dozen problems every minute or two. And on top of it all the phone rang, the chief electrician was calling from backstage. I asked him what the problem was, he sounded pretty shaky actually at the time, even for a man who was going through what he was going through.

He said, with the rain and all of those hundreds of thousands of feet scuffling over the performance area, the main feeder cable supplying electricity to the stage – the musicians, the amplifiers, whatever has been – unearthed. And with additional abrasion from these sneakers and whatever, sandals, it may wear away the insulation on these cables. I’m worried with all those wet bodies packed together that we may have something approximating a – and he paused for a moment and I couldn’t believe that he was searching for the words that he came up with. But he came up with mass electrocution.

And I thought to myself this is the incredible, this can’t be happening. He said, what do you want me to do, should I shut down the power to the stage? Now we had had a philosophy there at headquarters that one of the reasons that this festival was proceeding so well in spite of the adversities that everybody there was facing, the weather, the tremendous crowds, the strain on all facilities, was that the music was so mesmerizing. It was wonderful talent, brilliant artists performing – the kids were just in love with it.

The thought of shutting the power down in the darkness, in the rain storm struck me as an invitation to chaos. Nevertheless, the thought of a mass execution posed additional moral problems. At that point, I remember breaking a two-year moratorium on smoking. I think I lit up three or four Camels at once and stuck them in my mouth and tried to think this one through. Finally, the electrician helped me out. He said, look I think there’s a chance that in the next 20 minutes I can work a shunt from the power source to the stage that bypasses those main feeder cables. And maybe that will solve the whole problem.

I said, give it a try, and hung up. And for the next 20 minutes, John and I sat there looking at each other. I guess we were waiting like in the movies for the lights to dim a little bit, the way they do when they throw the switch in the electric chair chamber. And I think it probably took a hundred years for those 20 minutes to pass. The phone rang and it was the chief electrician again. He said, I did it, I did it, everything is fine.

“There were very few moments when I could just sit back and enjoy…. John and I were just nose to the grindstone, on the phones at all times, tackling problems that were coming in at a rate that was faster than we could solve them.”

Though a viable entity today, the SS Woodstock Ventures had sunk to its smokestacks by Monday 18 August 1969. It would be a decade before its books saw black.

Roseman continues to be a manager. 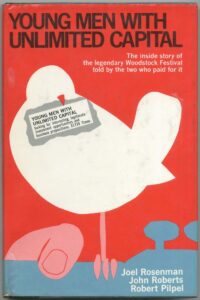 In 1999, Rosenman and Roberts published Young Men With Unlimited Capital, which described their preparation for the festival, their shock and confusion when Woodstock turned out to be bigger than planned, and their months of legal hassling after the concert.