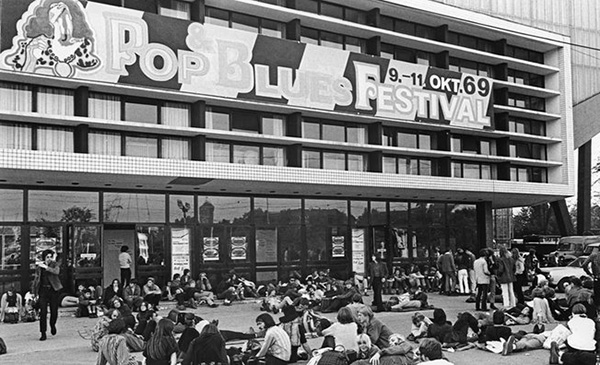 In the Grugahalle in Essen, West Germany 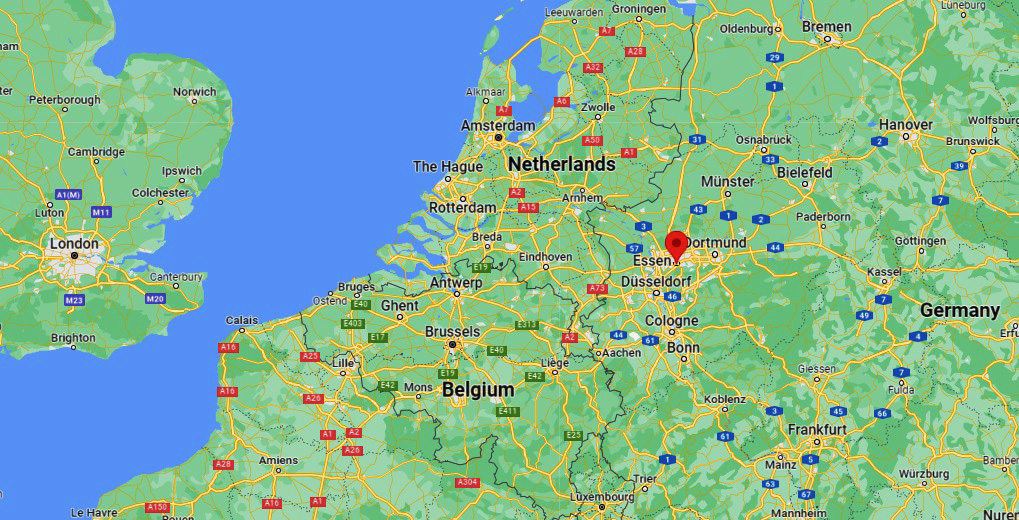 Tangerine Dream performed at this festival, but is not listed on the poster.

Here’s the list with links to posters and the shows’ basic information.

It is sometimes a challenging decision whether or not to include a 1969 festival on my list. I tend to include only multi-day festivals (continuous days) or festivals that took place on single days over several weeks.

Konrad Mallison organized the festival (as well as the 1970 festival).

The October 23, 2020 edition of the It’s Psychedelic Baby magazine interviewed Mallison. Here are some excerpts from that interview

In 1967 he and a friend established a discotheque called Pop-In in Essen, West Germany. 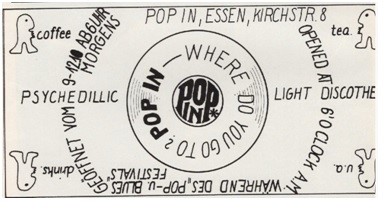 There we played music by groups like Tangerine Dream, Can, Xhol Caravan, but also Canned Heat, Crosby, Stills, Nash & Young, Grateful Dead, Jefferson Airplane, Janis Joplin, Joe Cocker etc. The underground scene in Germany in 1968 really arose through the influence of flower power from San Francisco, the musical HAIR, and also somewhat through the politicized ’68 movement throughout Europe. People wore longer hair and showed their peaceful inner attitude to the outside. The youth welfare office of the city of Essen even organised the “Essener Song-Tage” in 1968, a first big, but somewhat politicized song festival with top-of-the-bill Mothers Of Invention with Frank Zappa, Alexis Korner, Guru Guru Groove, Soul Caravan, Amon Düül, Julie Driscoll, Brian Auger & The Trinity. Because of the politicization there were unfortunately some small excesses, this song festival was not repeated by the city of Essen.

In June 1969, he and his discotheque’s  DJ visited England and whle there saw posters for the Bath Festival of Blues.  In his words, “This festival with its sensational gigs, also with Jethro Tull / Ian Anderson, who were not mentioned on the poster, created a spark in me, so that I decided to do everything to organize a similar festival in the Grugahalle in Essen in October 1969.”

Back home, he received permission from the town to hold the festival in its Grugahalle despite the Lord Mayor’s concerns that there might be issues as happened at a politically-based festival in 1968 that turned out badly. He had to employ a certain number of security guards to ensure peace and order.

He organized a staff. Here is a photo of the management team shortly before the start of the festival in the empty Grugahalle, taken by a reporter from WAZ. 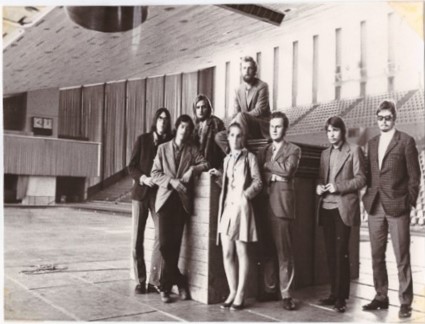 Here’s the excellent hour and a half (!)  colorized concert film, the groups in the film and when/what they played”

I am happy and satisfied, also a little proud, that I was able to organize the first Pop & Blues Festival in Germany in 1969. The success of this festival was visibly so great that in 1970 a festival euphoria took place nationwide and similar festivals were held in almost every major city.