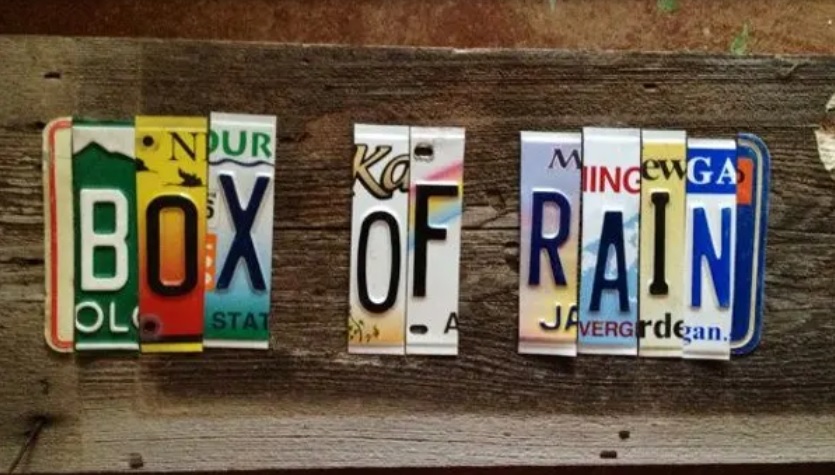 The Grateful Dead are famous for many things. Among them, the length of their shows, letting shows be taped, and the variety of setlists.

And of course their fans. The Deadheads.

Many Deadheads kept setlists during the show. And some of them occasionally and ecstatically found a diamond: the Dead played a song that they hadn’t played for a long time. Often years.

These occasions came to be called “bust outs” and here are some of the famous ones. There are others, but I thought these ten were a nice selection.

Look out of any windowAny morning, any evening, any dayMaybe the sun is shiningBirds are winging or rain is falling from a heavy sky

On 20 March 1986 when the Dead closed their first set at the Hampton Coliseum (Hampton, VA) with “Box of Rain” it was the first time they’d played the song in 13 years or 777 shows!

Listen to the crowd’s reaction when they realize what’s being played. 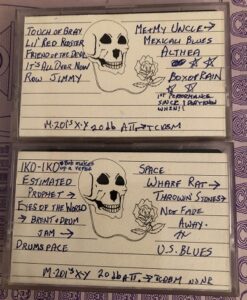 So what was the show thirteen years before? Non other than Watkins Glen on  the 28 July 1973.

Attics of My Life

In the attics of my lifeFull of cloudy dreams; unrealFull of tastes no tongue can knowAnd lights no eye can seeWhen there was no ear to hearYou sang to me

Maybe there was something about the Hampton Coliseum, but on 9 October 1989 the Dead played Attics for the first time in 17 years…or in Dead terms, 1,082 shows!  This time as the show’s encore. The crowds realization is a bit delayed until the vocals begin, but then it is definitely reacted to.  And love the ticket!

The previous time was on Saturday 28 October 1972 at the Cleveland Public Hall, Cleveland, OH.  They played it in the middle of the second set.

Here is a link to the whole show:

The previous time was in the middle of the first set on October 19,. 1974 at the Winterland Arena in San Francisco. Here is the link to the whole show:

Wishing well with a golden bell, bucket hanging clear to hell,Hell halfway twixt now and then,Stephen fill it up and lower down and lower down again
Lady finger, dipped in moonlight, writing what for?Across the morning sky.Sunlight splatters, dawn with answer,Darkness shrugs and bids the day good-bye.

As much as “St Stephen” may be associated with the Dead, there were long stretches that the song was absent.They played it on 9 June 1976 at the Boston Music Hall for the first time in 5 years…

The previous time was during the second set at the Ohio Theatre in Columbus, Ohio on 31 October 1971. The song is not available separately. Here is a link to the whole show. 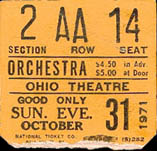 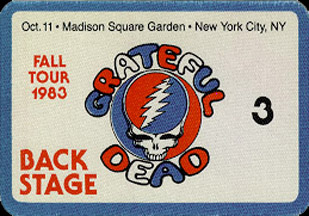 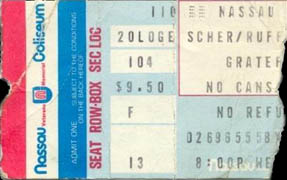 If my words did glow with the gold of sunshineAnd my tunes were played on the harp unstrungWould you hear my voice come through the music?Would you hold it near as it were your own?

For such a great and well-loved song, one would think the Dead would play it all the time.  Not only did they not play it all the time [only around 40 times total!], but there were both spurts and gaps. They had first played it live on 19 August 1970.

When they played it on 25 September 1980 at the Warfield Theatre in San Francisco it was the first time in 9+ years AND between that date and slightly more than a month later on 31 October at Radio City, they would have played it 25 times! 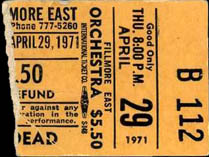 Then when they played it on…

Not only was the the last song of the 2-song encore, it was be the last time that the Dead played the song.

The  Dead must have been in a nostalgic mood on 25 September 1980, because they played”Bird Song” for the first time in 7 years. 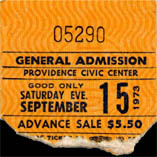 They opened their September 25, 1980 show at the Warfield with Bird Song. 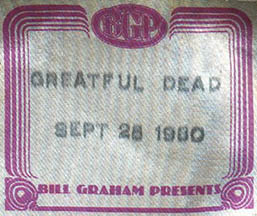 Please don’t dominate the rap, JackIf you? ve got nothing new to sayIf you please, go back up the trackThis train’s got to run today
I spent a little time on the mountainI spent a little time on the hillI heard someone say better run awayOthers say better stand still
From the Song Facts site:  In his book of collected lyrics (A Box Of Rain), Dead lyricist Robert Hunter wrote that he penned “New Speedway Boogie” in reply to “an indictment of the Altamont affair” by rock critic Ralph J. Gleason, hence the lead-in lyrics, “Please don’t dominate the rap Jack, if you’ve got nothing new to say.”
Altamont was only 9 months earlier when the Dead played it at the Fillmore East on 20 September 1970. The show is only available via streaming
Whole Fillmore Show 1970-09-20

It would not be until 19 February 1991, 1,371 shows later, at the Oakland Coliseum Arena that the dead played it again.

From a Glide Magazine article: The studio version of That’s It For The Other One on Anthem of the Sun contains four sections, one of which is sung by Jerry Garcia and called Cryptical Envelopment. The Dead would play Cryptical into and out of The Other One from the late ’60s through the early ’70s, at which point the tune disappeared from the rotation until a fateful evening in 1985 at the legendary Greek Theater in Berkeley. The group performed Cryptical four more times that year and then never again. 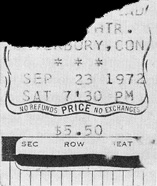 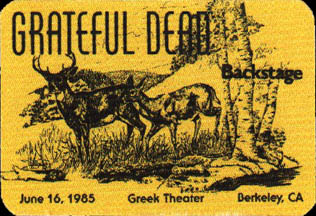 Cryptical Envelopment > The Other One > Cryptical

Once again, on would think that such a great song as Casey Jones would appear at least a few times during tours. Not so with “Casey Jones.

Again from Glide Magazine: The future of the Grateful Dead was in doubt after Jerry Garcia became ill following Summer Tour 1992. The group canceled their fall tour to allow their leader to heal and returned for a few shows in early December. At one of these December shows, the Dead dusted off the beautiful Here Comes Sunshine with a new arrangement. While I’m not a fan of the arrangement, I – and if you listen to the audience, plenty of Deadheads in attendance – was thrilled to see the song return to the fold.

Open the show with…