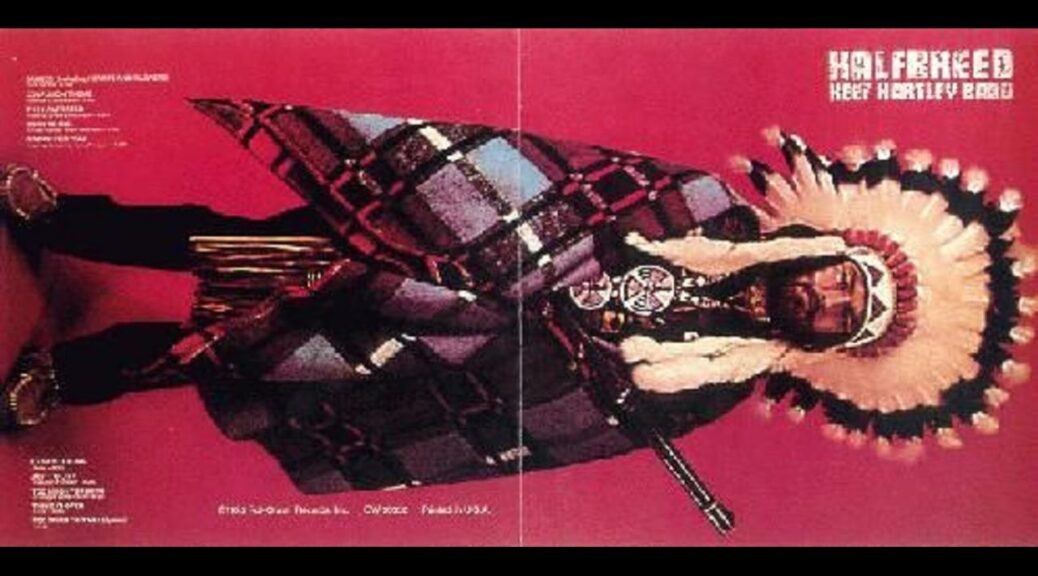 It was around 4:45 PM when Chip Monck introduced the Keef Hartley Band. One of the common questions asked by visitors to the Museum at Bethel Woods Center for the Arts is, “Why weren’t the Beatles here in 1969?” The simplest answer is that they had stopped touring three years earlier and by August 1969 cracks in the band’s cohesiveness were wide.

Having said that, the Beatles aura was frequently felt.  Richie Havens’s opening set had two Beatles songs: With a Little Help From My Friends (also covered even more famously at Woodstock by Joe Cocker) and Strawberry Fields. Early Monday morning, Crosby, Stills and Nash would cover Blackbird.

Many Beatle fans know that before he joined the Beatles, Ringo was the drummer for Rory Storm and the Hurricanes. Who was later a drummer in Rory Storm? Keef Hartley.

Maybe you’ll win a drink someday with that Woodstock trivia.

The Keef Hartley Band released its first album, Halfbreed earlier in 1969. The album personnel who also played at Woodstock were: Keef Hartley (25), Miller Anderson (24), Gary Thain (21), and Henry Lowther (27). Jimmy Jewell was not on the album, but at Woodstock. 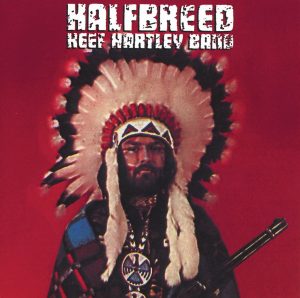 Their 47-minute setlist was:

The band undeservedly encountered Woodstock’s triple whamie: not on the movie soundtrack, not in the movie, and not on the Monument.

Spanish Fly is an instrumental and features those horns as well as  Miller Anderson’s great guitar. Unfortunately, the crowd response is minimal.

The band paused just a moment before Keef Hartley drummed the intro of She’s Gone. The whole song is powerful.

No patter. A bit of tuning. A quick mention that Too Much Thinking is from their Halfbreed album and into the song. 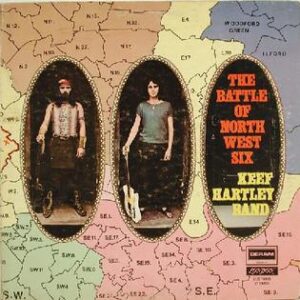 The next song will appear on the band’s second album, The Battle of North West Six.

The medley consisted of Sinning For You / Leaving Trunk / Just To Cry / Sinning For You and was 17 minutes long. While there were many long songs played at Woodstock, this medley is the eighth longest.

The song ends, the crowd applauds, Chip Monck asks the crowd not to block Hurd Road and to please get off the light towers–again.

Here is Bethel Woods description of the band.

The next act is the Incredible String Band.