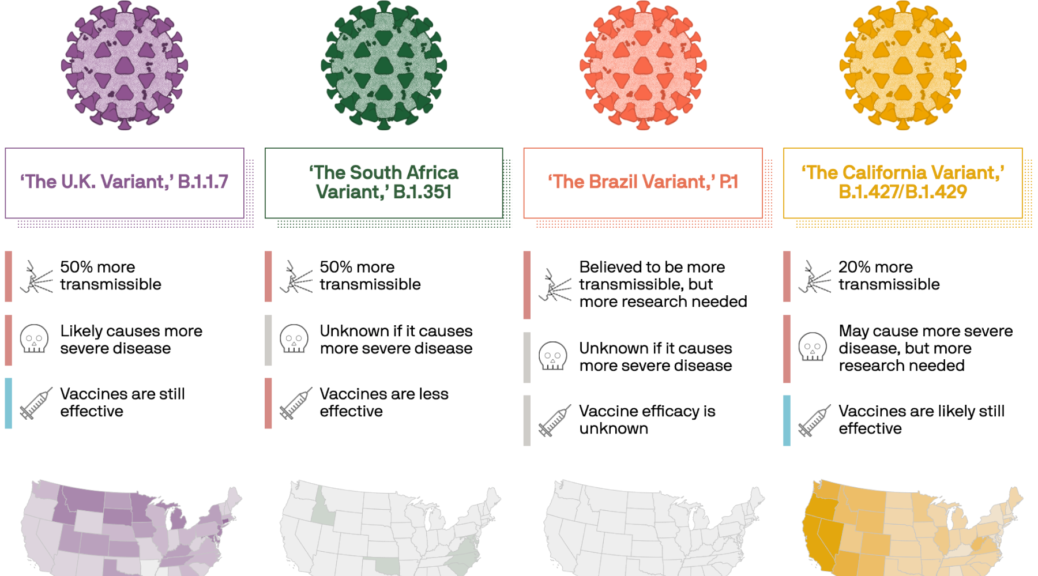 The disease continued to ravage everywhere, though there seemed to be zones of relatively less contagion where most people had chosen to get the vaccination.  In places where people continued to refuse or at least hesitate to get the effective vaccination choices, hospitals were overwhelmed.

October 1, 2021:  Merck and Ridgeback Biotherapeutics said their results (still not peer-reviewed) demonstrate their novel drug molnupiravir cut in half the rate of hospitalization and death in persons with mild to moderate disease. If authorized by the US Food and Drug Administration for emergency use, the pill would become the first oral medicine to fight viral infection for Covid-19. [CNN article]

October 11, 2021: the number of Covid-19 cases in the US continued to fall infections and hospitalizations declined. The average rate of daily new cases has dropped below 100,000, to 93,814 as of October 10, according to data from Johns Hopkins University.

Dr. Anthony Fauci, director of the National Institute of Allergy and Infectious Diseases said he would like to see new daily cases well below 10,000, but the decline was a start. “Hopefully it’s going to continue to go in that trajectory downward,” he said. [CNN article]

October 11, 2021: Merck said that it had submitted an application to the Food and Drug Administration to authorize what would be the first antiviral pill to treat Covid.

An approval for the drug, molnupiravir, would be a milestone in the fight against the coronavirus, experts said, because a convenient, relatively inexpensive treatment could reach many more high-risk people sick with Covid than the cumbersome antibody treatments currently being used. [NYT article]

October 18, 2021: the NY Times reported that even as the Delta-variant-driven virus wave was receding in much of the United States, many counties across the country’s northernmost regions were experiencing rising cases as colder weather arrived.

Cases were at least trending downward or holding steady in those states. The five states with the fastest rising caseloads were Vermont, Colorado, New Hampshire, Michigan and Minnesota, and the two counties with the most cases per capita in Vermont and New Hampshire were on the Canadian border.

October 24, 2021: the NY Times reported that the United States was one of the first countries to begin vaccinating its population, and by summer 2021, was leading most nations in getting shots in arms, with 67 percent of the population receiving at least one shot by July 4, 2021.

By October 2021, the United States,  despite having a surplus of doses, had fully vaccinated only 57 percent of its population, according to a New York Time tracker. Resistance remained high among some demographic groups and within some specific work force sectors, including police officers and firefighters.

That left the United States lagging behind dozens of nations in the pursuit of full vaccination. Although, with a population of about 330 million, it ranks third in the sheer number of administered doses, more than 411 million, after China’s more than 2.2 billion doses and India’s more than one billion.

Cautious Optimism in US

October 27, 2021: rates of Covid-19 cases, hospitalizations and deaths had sunk significantly in the US since a wave driven by the highly contagious Delta variant peaked in September.

But with cases still relatively high, many children still ineligible to be vaccinated, and colder weather coming, leading health experts  said it was not time to feel comfortable about the country’s position.
“We are now heading in the right direction … but with cases still high, we must remain vigilant heading into the colder, drier winter months,” Dr. Rochelle Walensky, director of the US Centers for Disease Control and Prevention, said in a White House coronavirus briefing. [CNN article]

October 29, 2021: the Food and Drug Administration authorization a Covid-19 vaccine for ages 5 to 11 which made 28 million unvaccinated children in the United States suddenly eligible for the shot and offered the country an opportunity to make big inroads in its efforts to achieve broad immunity against the coronavirus, but even many parents who were themselves vaccinated and approved the shot for their teenagers were churning over whether to give consent for their younger children, questioning if the risk of the unknowns of a brand-new vaccine was worth it when most coronavirus cases in youngsters are mild.

In announcing its authorization of a lower-dose shot made by Pfizer and BioNTech for the age group, the F.D.A. said clinical trial data showed the shot was safe and prompted strong immune responses in children. The most common side effects were fatigue, fever and headache. [NYT article]

November 1, 2021: the number of people who have died from Covid-19 around the world has surpassed five million, according to data held by the Johns Hopkins University (JHU) Coronavirus Resource Center.

JHU’s global tally of deaths reached5,000,425 at 4:50 a.m. ET on Monday 1 November. It reported that 197,116 people had died of Covid-19 worldwide in the past 28 days. The number of coronavirus cases officially reported globally stands at 246.7 millionsince it was first detected in the Chinese city of Wuhan in late 2019.
Last Thursday (October 28), the World Health Organization (WHO) warned global cases and deaths were increasing for the first time in two months. WHO Director-General Tedros Adhanom Ghebreyesus said this was driven by ongoing increases in Europe.
“It’s another reminder that the Covid-19 pandemic is far from over,” Tedros said , noting that the increases in Europe outweighed decreases elsewhere.
“The pandemic persists in large part because inequitable access to tools persists,” he said, adding that 80 times more tests and 30 times more vaccines have been administered in high-income countries than low-income countries. [CNN article]

November 5, 2021: Pfizer announced  that its pill to treat Covid-19 had been found in a key clinical trial to be highly effective at preventing severe illness among at-risk people who received the drug soon after they exhibited symptoms.

The antiviral pill was the second of its kind to demonstrate efficacy against Covid. It appeared to be more effective than a similar offering from Merck, which was awaiting federal authorization.

Pfizer’s pill, which would be sold under the brand name Paxlovid, cut the risk of hospitalization or death by 89 percent when given within three days of the start of symptoms. [NYT article]

November 8, 2021: the U.S. lifted restrictions  on travel from a long list of countries including Mexico, Canada and most of Europe, allowing tourists to make long-delayed trips and family members to reconnect with loved ones after more than a year and a half apart because of the pandemic.

Starting on this date, the U.S.  began accepting fully vaccinated travelers at airports and land borders, doing away with a COVID-19 restriction that dated back to the Trump administration. The new rules allowed air travel from previously restricted countries as long as the traveler had proof of vaccination and a negative COVID-19 test. Land travel from Mexico and Canada would require proof of vaccination but no test. [NPR story]

November 16, 2021: Pfizer announced a deal to allow its promising Covid-19 treatment to be made and sold inexpensively in 95 poorer nations that are home to more than half of the world’s population.

Under the agreement through Knowledge Ecology International, a nonprofit that researches access to medical products, Pfizer would grant a royalty-free license for the pill to the Medicines Patent Pool, a nonprofit backed by the United Nations, in a deal that will allow manufacturers to take out a sublicense. They will receive Pfizer’s formula for the drug, and be able to sell it for use in 95 developing countries, mostly in Africa and Asia, once regulators authorize the drug in those places. The organization reached a similar deal with Merck for its Covid antiviral pill, molnupiravir, to be made and sold inexpensively in 105 poorer countries.

Covid-19 cases continued to rise across the United State and millions of Americans remained unvaccinated.

According to data from Johns Hopkins University (JHU), the daily case rate in the United States was about half of what it was at this time last year, . But the current pace — about 92,000 new Covid-19 cases each day — was up 16% from just a week ago.
Cases had dropped off quickly at the tail end of the summer surge, but had started to climb again in November and were now back to levels last seen in August.
Nearly a third of new cases were in Midwestern states, with Michigan and Minnesota reporting more cases per capita than any other states. But the trend was nationwide; all but a dozen states saw cases rose over the past week, JHU data showed. [CNN article]

November 26, 2021: scientific experts at the World Health Organization warned that a new coronavirus variant discovered in southern Africa was a “variant of concern,” the most serious category the agency uses for such tracking.

Such a designation is reserved for dangerous variants that may spread quickly, cause severe disease or decrease the effectiveness of vaccines or treatments. The last coronavirus variant to receive this label was Delta, which took off this summer and now accounts for virtually all Covid cases in the United States.

The W.H.O. said the new version, named Omicron, carries a number of genetic mutations that may allow it to spread quickly, perhaps even among the vaccinated. [NYT article]