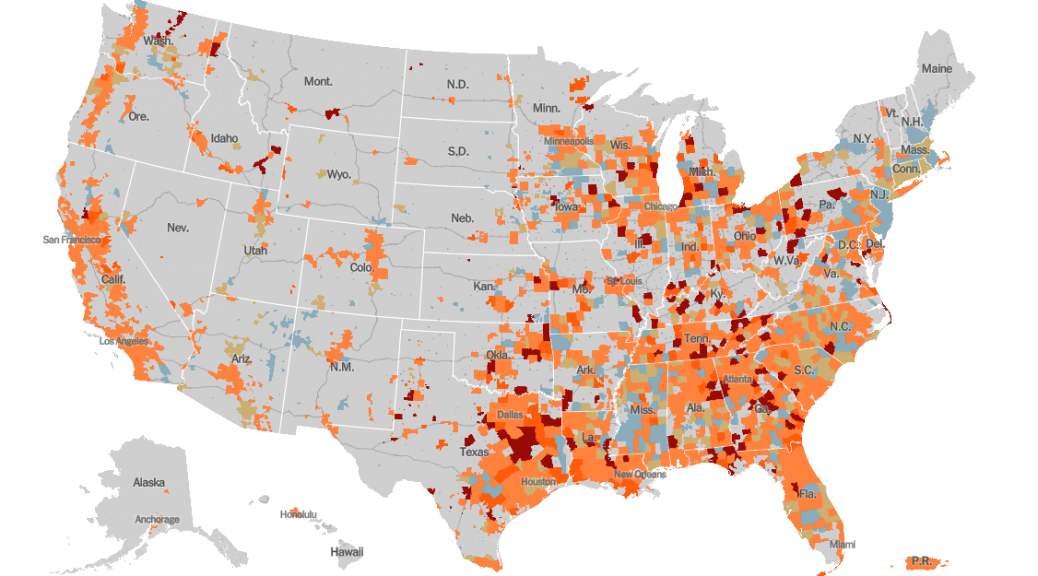 We ended June with some States reaching the upper phases of reopening their economy, yet others, that  had opened too soon, having to go back and restrict contact. It would be a terrible month in the US and many other parts of the world.

As new cases rose, states and localities reversed course on reopenings. New York City decided not to let its restaurants resume indoor service next week as originally planned. Miami Beach said that it would reinstate a nightly curfew beginning Thursday at 12:30 a.m., extending until 5 a.m., to try to curb the spread. And California shut down bars and halted indoor dining at restaurants in 19 counties that were home to more than 70 percent of the state’s population. [NYT article]

Florida and South Carolina  both reported passing their previous single-day highs, while Alabama, Texas and a slew of others continued to reel from recent records of their own.

In Florida on July 3 alone, there were more than 11,400 newly confirmed cases of the virus. That sum shatters a record that was set in the state just a couple of days ago — around the same time that the U.S. as a whole recorded the world’s highest-ever daily tally, with more than 55,000.

In a desperate bid to curtail the latest spike in the statewide caseload, local leaders in Florida implemented a slew of measures to tamp down the weekend’s usual holiday festivities. Miami-Dade County, for one, has instituted a curfew beginning at 10 p.m. “until further notice,” while beaches across much of South Florida are closed.

July 4: the NY Times reported that the emerging clusters of infection increasingly confirm what many scientists had been saying for months: The virus lingers in the air indoors, infecting those nearby.

If airborne transmission is a significant factor in the pandemic, especially in crowded spaces with poor ventilation, the consequences for containment will be significant. Masks may be needed indoors, even in socially distant settings. Health care workers may need N95 masks that filter out even the smallest respiratory droplets as they care for coronavirus patients.

The World Health Organization had long held that the coronavirus is spread primarily by large respiratory droplets that, once expelled by infected people in coughs and sneezes, fall quickly to the floor.

Trump administration moves to formally withdraw US from WHO

July 7: the White House officially moved to withdraw the United States from the World Health Organization (WHO), a senior administration official confirmed, breaking ties with a global public health body in the middle of the coronavirus pandemic.

The U.S. submitted its withdrawal notification to the United Nations secretary-general, the official said. Withdrawal requires a year’s notice, so it will not go into effect until July 6, 2021, raising the possibility the decision could be reversed. [The Hill article]

July 8:  the NY Times reported that as President Trump continued to press for a broader reopening, the United States set another record for new coronavirus cases, with more than 59,400 infections announced, according to a New York Times database. It was the fifth national record in nine days.

The country reached a total of three million cases July 7 as the virus continued its resurgence in the South and West. At least five states — Missouri, Tennessee, Texas, Utah and West Virginia — set single-day records for new infections on this date.

As of July 7 the country’s daily number of new cases had increased by 72 percent over the past two weeks. And by this date 24 states had reported more cases over the past week than in any other seven-day stretch of the pandemic.

July 12: the Florida Department of Health reported at least 15,299 new Covid-19 cases, the highest number of new cases in a single day by any state since the coronavirus pandemic began.

The test positivity rate — which could indicate how rampantly the virus was spreading — reached 19.6% as of July 12, according to data from Johns Hopkins University.

July 14: the Trump administration ordered hospitals to bypass the Centers for Disease Control and Prevention and send all Covid-19 patient information to a central database in Washington beginning July 15. The move alarmed health experts who feared the data will be politicized or withheld from the public.

The new instructions were posted  in a little-noticed document on the Department of Health and Human Services website. The department — not the C.D.C. — would collect daily reports about the patients that each hospital is treating, the number of available beds and ventilators, and other information vital to tracking the pandemic.

Officials said the change would streamline data gathering and assist the White House coronavirus task force in allocating scarce supplies like personal protective gear and remdesivir, the first drug shown to be effective against the virus. But the Health and Human Services database that would receive new information was not open to the public, which could affect the work of scores of researchers, modelers and health officials who rely on C.D.C. data to make projections and crucial decisions.

“Historically, C.D.C. has been the place where public health data has been sent, and this raises questions about not just access for researchers but access for reporters, access for the public to try to better understand what is happening with the outbreak,” said Jen Kates, the director of global health and H.I.V. policy with the nonpartisan Kaiser Family Foundation. [NYT article]

July 16: the US Department of Health and Human Services changed course  on its controversial decision about hospital data, directing the US Centers for Disease Control and Prevention to re-post public hospital information onto its website.

On July 14, the HHS had told hospitals to stop reporting the data on coronavirus hospitalizations to CDC, saying the agency was posting the information too slowly. HHS, the parent department of CDC, said it would manage the information instead.
CDC had taken down some of the data from its website on July 15th, but on the morning of July 16, HHS said it was directing the agency to put the data back up. [CNN story]

U.S. shatters its single-day record for new cases, with more than 75,600

July 16: from the NYT: as clashes over face-covering mandates and school reopening plans intensified throughout the United States, the country shattered its single-day record for new cases on Thursday — more than 75,600, according to a New York Times database.

This was the 11th time in the past month that the record had been broken. The number has more than doubled since June 24, when the country registered 37,014 cases after a lull in the outbreak had kept the previous record, 36,738, standing for two months.

July 21: the daily death total in the United States exceeded 1,000 for the first time in weeks, as the Centers for Disease Control and Prevention said there were likely far more infections than have been reported.

The news came as President Trump abandoned his consistently rosy forecasts and told reporters during his first coronavirus briefing since April that the outbreak would probably “get worse before it gets better.”

Having previously described recent outbreaks around the country as just “embers” of the virus, Mr. Trump conceded that there were now “big fires,” particularly in Florida and elsewhere across the South and West.

He also reversed his past resistance to masks, for the first time imploring Americans to wear them and acknowledging that “they have an impact.” [NYT article]

July 24: the United States came just short of breaking its single-day record for new coronavirus cases, adding more than 73,400, the second-highest daily total, and signaling that infection rates show no signs of slowing.

The number of people known to be hospitalized with the coronavirus in the United States was 59,670, according to the Covid Tracking Project, a few hundred short of the record of 59,940 reported by the database on April 15. [NYT article]

July 26: Florida recorded more coronavirus cases than New York. Only California, the most populous state in the country, had more.

As of July 26, data from Johns Hopkins University showed 423,855 people in Florida had tested positive for the coronavirus, compared to 411,736 in New York. California lead with 450,242 cases.

New York, once the epicenter of the outbreak in the U.S., managed to bring the number of deaths and hospitalizations under control in late spring, as cases began to surge in many Western and Southern states.

In Early July, Florida reported 15,299 new resident cases in one day, marking the largest single-day increase in any state since the start of the pandemic and overshadowing a record New York had set in April. It recorded more than 9,000 new cases per day since then.

And its death toll was starting to catch up. On July 23, Florida reported 173 new deaths, its largest increase in a single day.

U.S. July cases more than double the total of any other month

July 31: The United States recorded more than 1.9 million new infections in July, nearly 42 percent of the more than 4.5 million cases reported nationwide since the pandemic began and more than double the number documented in any other month, according to data compiled by The New York Times. The previous monthly high came in April, when more than 880,000 new cases were recorded.

The virus was picking up dangerous speed in much of the Midwest — and in states from Mississippi to Florida to California that thought they had already seen the worst of it.