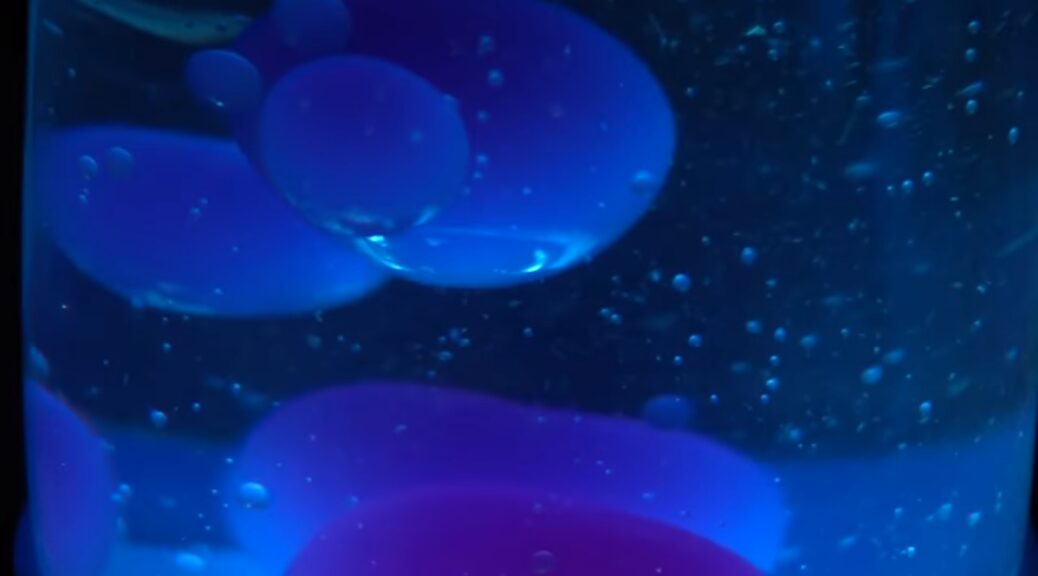 (sound from the film Barbarella) 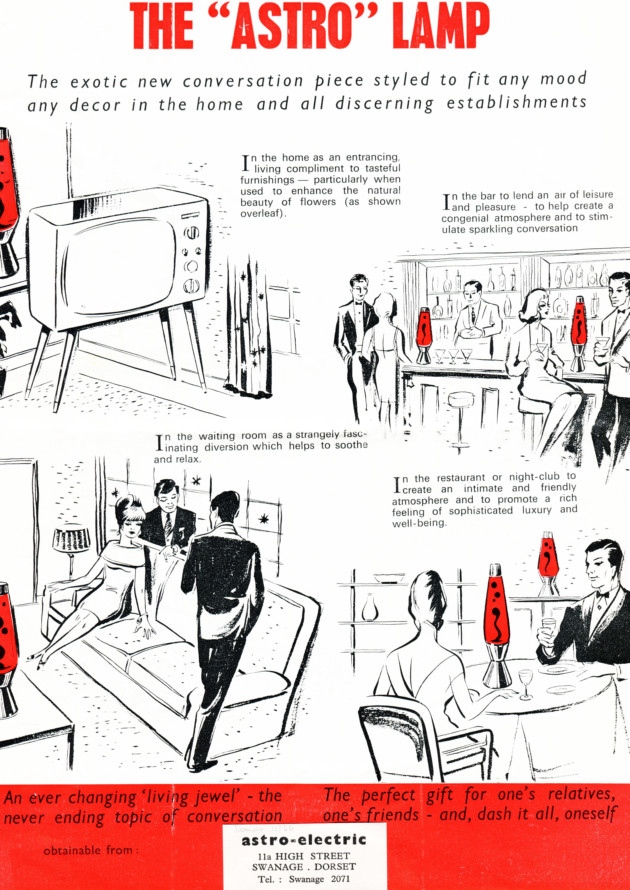 I suppose you could add many other things to those, but among the “things” associated with the 1960s are lava lamps, those warm, gently bubbling devices that can be as meditatively relaxing as TM.

In 1948, while in a pub, British accountant, movie maker, and entrepreneur  Edward Craven-Walker noticed something on a stove top “made out of a cocktail-shaker, old tins, wax and things“.  Liquids bubbled inside.

A man had made the device for his daughter. The cocktail shaker went into the water with an egg and, as the water heated, the wax would melt and float to the top in the time it took to perfectly boil the egg. [2011 Guardian article]

Craven Walker decided he could do something else with the mechanism: create a lamp that displayed those blobs. He combined two insoluble liquids, which according to a Smithsonian article, one  [was] water-based, the other wax-based. The exact recipe is a proprietary secret, but a key ingredient is the solvent carbon tetrachloride, which adds weight to the otherwise buoyant wax. The heat source at the bottom of the lamp liquefies the waxy blob. As it expands, its density decreases and it rises to the top—where it cools, congeals and begins to sink back down.

He had hired British inventor David George Smith to develop the device and the chemical formula required put his idea into practice. Smith is credited as the inventor on the original U.S. Patent 3,387,396It took him 15 years to figure that out.

Crestworth Ltd was formed in September of 1963 to manufacture the lamp. 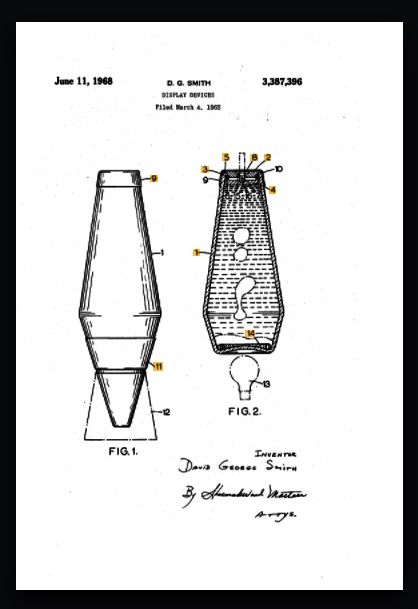 Looking like a rocket (remember there was a space race on), the lamp is hardly that. Perhaps a night light is a better comparison, but given the refreshments that many young Boomers found themselves enjoying, add a slow-motion bubble lamp to a darkened room, a glowing joint, and some, let’s say, Pink Floyd’s Ummagumma and you have a recipe for groovy, for heavy, for Dude.

By the end of the decade Crestworth Ltd. manufactured millions of “Astro Lamps,” as he called them, per year. In 1965, he sold the U.S. manufacturing rights to a company called Lava Lite.

Crestworth Ltd sold millions of lamps worldwide in the 1960s and 70s.  In 1989, Cressida Granger and David Mulley took over the running of Walker’s original company, Crestworth, situated in Poole, Dorset, and changed the name to Mathmos in 1992. Mathmos is the bubbling force in the sci-fi cult 60s movie Barberella

In Europe Craven-Walker’s original lava lamp designs have been in continuous production since the early 1960s and are still made today by Mathmos in Poole, Dorset, UK.

Another Claim to Fame

The inspiration for a bubbling lamp wasn’t Craven-Walker’s only idea. He was a nudist and decided to make a nudist movie in the form of an underwater ballet. Released in 1960, it was called Travelling Light.  He intended it for private showings to encourage his naturist way of life. 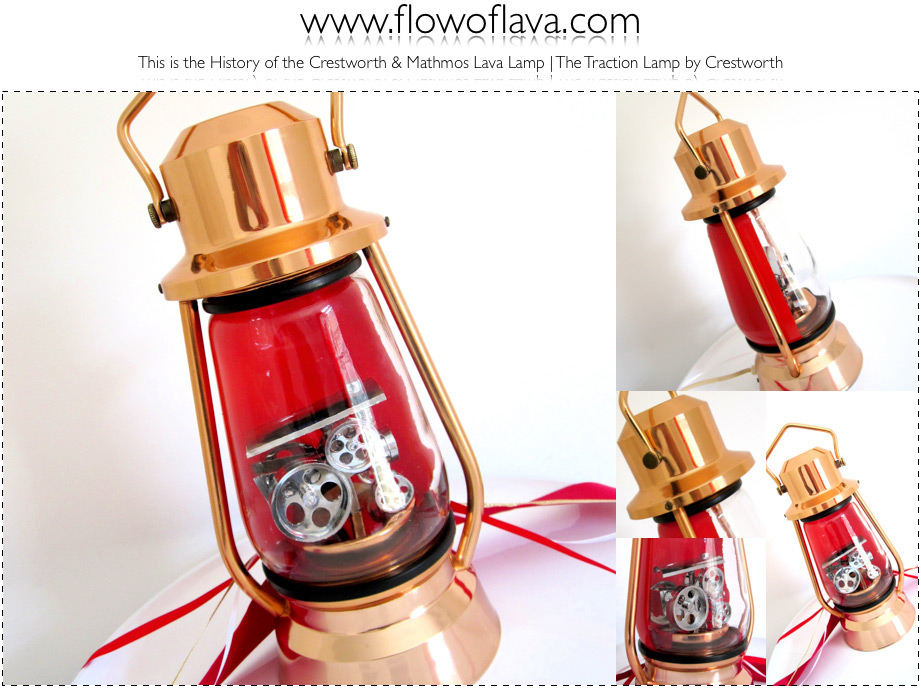 The Lava Lamp itself continues to evolve even today including non-liquid mechanics into the design called the Crestworth Traction Lamp which “features a model steam engine working inside an illuminated enclosure of a lantern or a ship’s storm lantern and provides the romance of the steam age mixed with the power of the past.”