The Woodstock Music and Art Fair, An Aquarian Exposition was not an event with equal women’s representation. Few of the performers were women and while there were certainly women in attendance, males far outnumbered them.

Men also dominated those who organized the festival.

Having said that, the event could not have happened without women.

One of the first things I learned when I began teaching was that it might seem that the principal was the most important person, the people I needed to keep on the good side of and always cooperate with were the secretaries. They are the ones who actually kept the school afloat on a day-to-day basis. [As well as the custodians!]

So, too, with any event. The people taking notes, answering the phones, keeping the “boss” on task, keeping the schedule, communicating, and so many more mundane tasks are the real heroes, or more likely, the real heroines.

Such was Joyce Mitchell.

Docents at the Bethel Woods Center for the Arts love and seek out interaction with guests on tours.  On a 2021 tour, a docent wondered who this woman was who was offering so much information? It turned out to be Joyce Mitchell, who was the production coordinator at Woodstock.

It isn’t often such “royalty” anonymously joins a tour, but on that did it happened and a lifelong memory formed for that fortunate docent.

Much of the information gathered for this little post recognizing the contributions of this wonderful and demure woman came from the outstanding Woodstock podcast, Keep the Dream Flowing., Episode 21. The podcast can be found via iTunes, but the earlier episodes, like this one, are best accessed via Spotify.

When asked how she got involved with the “crazies” of Woodstock Ventures, she responds laughing, “Well, I wasn’t exactly sane myself.”

She explains that she was a hired producer and at that time doing weekly radio shows sponsored by the US Army.  She sent out recorded shows to various radio stations throughout the world for that station’s DJ to play. The “shows” were 5 or 10 minutes long.

Since the Army sponsored the show, it regularly refusaled to play certain selections Joyce had chosen, such as the Rolling Stones Street Fighting Man or the Beatles’ Back in the USSR.

She hated the job, but it paid well.

Joyce’s daughter was 13 on February 4, 1969 and Jerry Schultz, a college friend of Joyce, attended the party.  Jerry brought a guest: Stan Goldstein.  Stan and Joyce discussed their occupations. The party ended, but a week or so later, Stan called and asked, “How would you like to work on a festival?”

And while classical music was her main love, Joyce loved all kinds of music. A lunch meeting with Goldstein and Michael Lang followed. Lang’s quiet approach attracted her to the possibility.

One of the questions Lang asked was about sanitation. How would she handle sanitation for 100,000 people? She responded that she’d have two backhoes, one to dig a long trench and the other to fill in that trench.

Lang and Goldstein laughed and said that idea was better than the military’s and offered her the job.

She asked, “What? To dig trenches?” Michael Lang and Joyce at the festivalJoyce mainly worked with Michael Lang who on May 20 had found separate office space at 513-A Avenue of the Americas so he could be away from the other organizers and concentrate on the Woodstock vision. Chip Monck and Mel Lawrence were also nearby.

Her biggest challenge was trying to keep Michael on task, keeping appointments, being on time.  She said she sometimes succeeded. She also felt he did a great job creating a Woodstock team.

She said that decades after the event, it was time for history to take over ownership of the event, but that it should always be noted that Michael Lang had created the team that made it succeed in the way it did despite the challenges that the late 60s presented to any such endeavor.

The team had a sense of transcendental peacefulness which became the festival’s hallmark despite the physical challenges the overwhelming crowd presents.

At the festival itself, one of the jobs that landed on Joyce’s steady shoulders was to drive to the usually nearby Liberty, NY and the Holiday Inn where many of the performers were booked, or more precisely, overbooked.

The Dead were willing to share rooms, but not the Who and Mitchell had no kind words for drummer Keith Moon.

The main job in Liberty, was to pay the performers their  upfront half of the contractually agreed fee. The other half to be paid at the end of the performance. It was only through the help of a police officer that she succeeded in getting to Liberty.

Because the telephone connection between her work trailer and the stage malfunctioned, she spent much of the weekend running back and forth from and to the stage delivering messages.

A wooden walkway bridged West Shore Road to the back of the stage and then another walkway went up to the stage itself.

Joyce says she got more exercise that weekend running back and forth to and from the stage than she’s ever had. On one of the Saturday trips she ran by Doris Dynamite, a friend who gave a hug to Joyce and then gave her an open mouth kiss. Nonplused, Joyce kept going. She gradually realized that the friend had dosed her via the kiss.

Realizing she couldn’t do her job very well at that point, she wandered into the crowd and realized how the crowd had become one with the music, had become a community of trust and self-respect.

After four-days of the festival and not getting any sleep, Joyce found a tent (marked with a Lenny Bruce flag) that someone had set up for her and collapsed into it finally allowing sleep to take over.

On her way there, she saw friend Felix Pappalardi. Reaching out to greet him, she fell into the mud. He helped her up and she went to the tent. When she finally woke up, the mud had caked to a point that, coming out of the deep sleep, she couldn’t understand why she could hardly move.

There are other interesting stories (both Woodstock-related and not) she touches on in the podcast regarding Jimi Hendrix, Keith Moon, naked strangers, the Last Poets, Robert Kennedy, George Harrison, Miles Davis, Alan Douglas, Paris after the war, hitchhiking in Europe, and other topics each of which reflect upon a life filled with music and art. 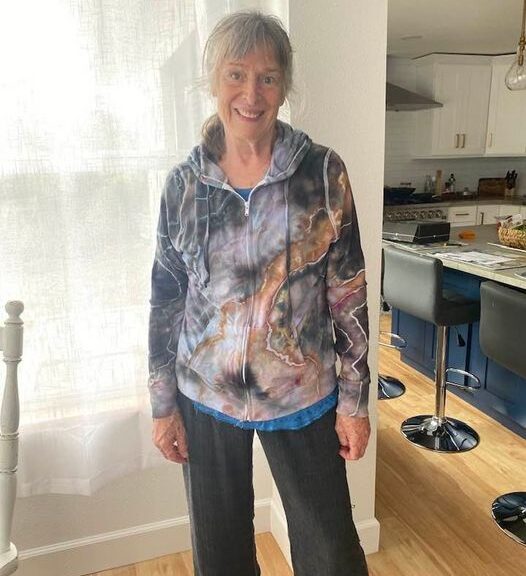 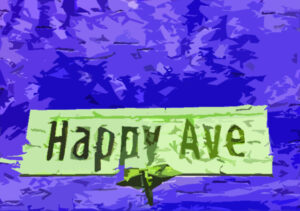 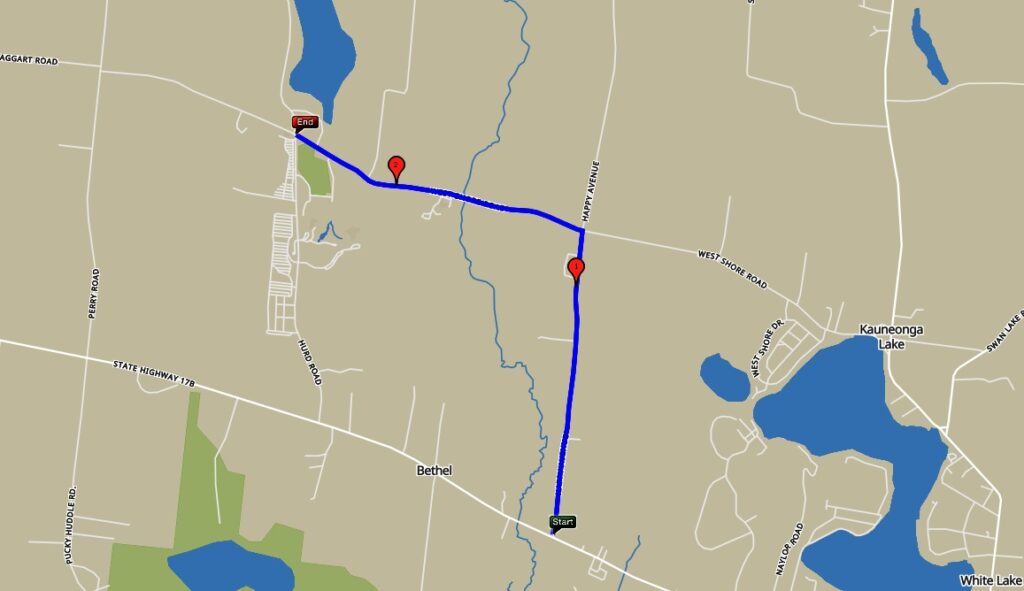