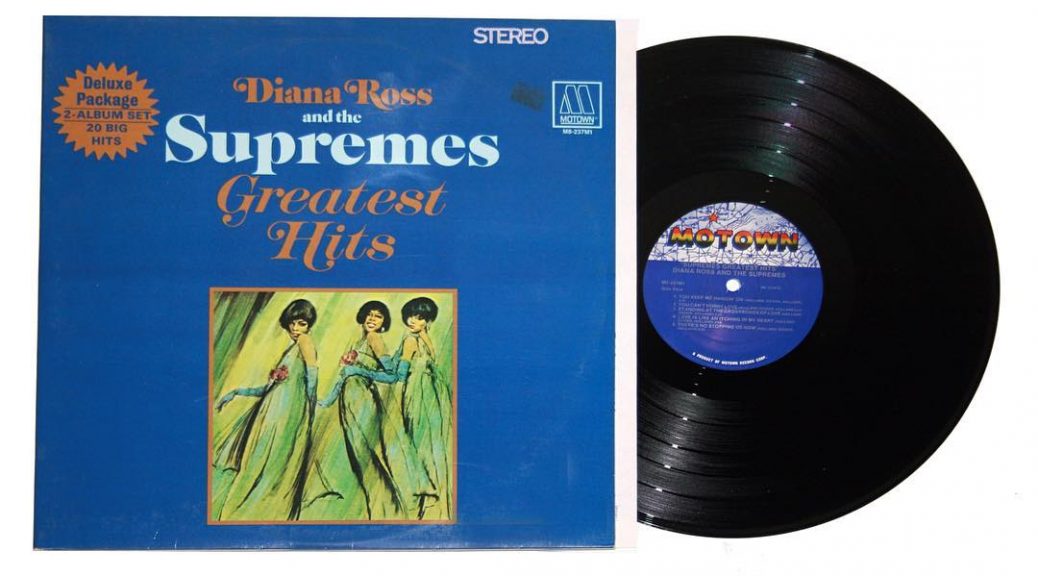 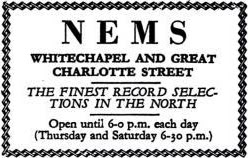 On the same day, according to Beatles legend,  a fan named Raymond Jones attempted to purchase the single “My Bonnie” from Brian Epstein’s NEMS record store in Liverpool. Brian managed the record shop, which was part of a large department store owned by his father. The legend states that this was the first occasion on which Brian Epstein heard of the single or, indeed, of The Beatles. “Mersey Beat” editor Bill Harry discounts this story as improbable. Harry claims to have discussed The Beatles and other local groups with Epstein well before this date, and he adds that Epstein was already writing record reviews for “Mersey Beat” and selling copies of the paper in his shop. Further, Epstein was selling tickets to Sam Leach’s ‘Operation Big Beat’ concert, and The Beatles’ name was at the top of the list of groups that were scheduled to appear at the November 10 event. [Beatles Bible article] (next Beatles, see Oct 30)

October 28, 1962:  The Beatles performed at the Empire Theatre, Liverpool. This is a major performance for The Beatles, their first at Liverpool’s top theatre. They are part of an eight-act, big-name program that plays to two separate “houses” (two performances for two different audiences, one at 5:40 pm and the other at 8:00 pm). Heading the bill is Little Richard; also appearing is Craig Douglas (for whom The Beatles provide musical backing in addition to their own, separate performance), Jet Harris (ex-Shadows bass player), and Kenny Lynch & Sounds Incorporated. In Liverpudlian terms, The Beatles have hit the big time. [Beatles Bible article] (next Beatles, see Nov 23) 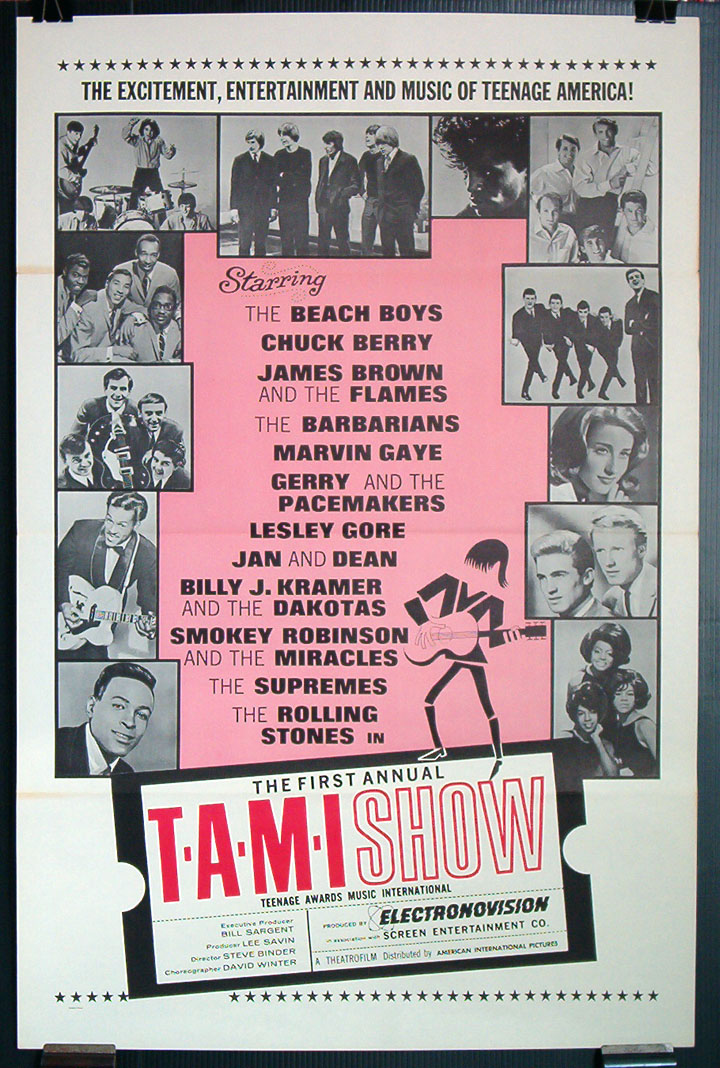 October 28 – 29, 1964 filmed over two days at the Santa Monica (Calif.) Civic Auditorium, “The T.A.M.I. Show” (short for  Teenage Awards Music International or Teen Age Music International) featured some of the biggest stars in rock and pop music, including The Rolling Stones, James Brown and the Flames, The Supremes, The Beach Boys and Lesley Gore. It was released in theaters in December 1964.  (see June 24, 1966) (see TAMI for expanded story)