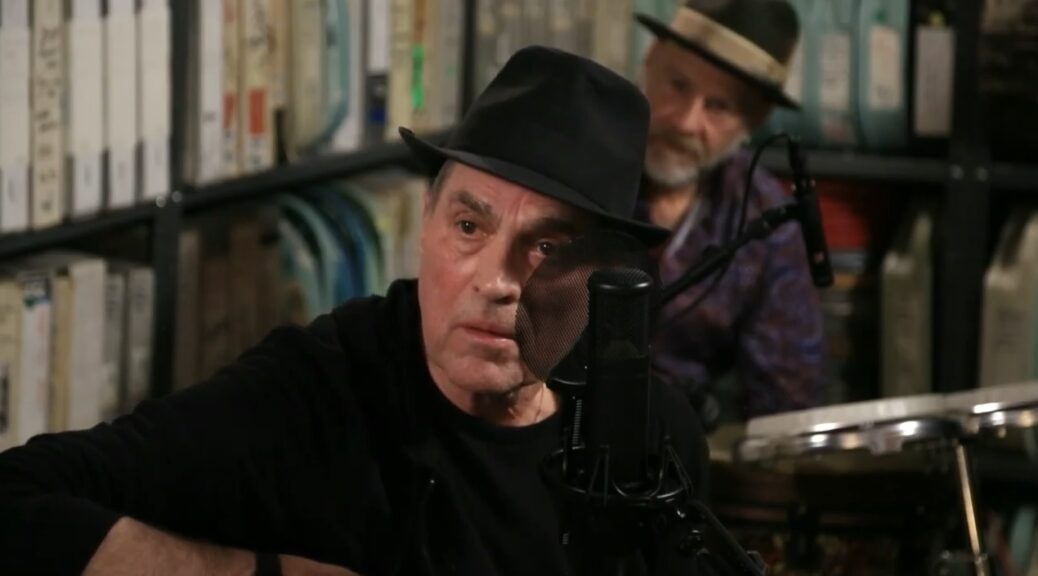 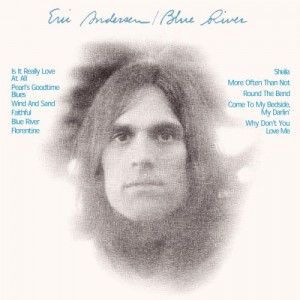 Though Columbia released Eric Andersen’s Blue River in February 1972, it is a January album for my wife and me. In our home, 1972 was both a vinyl and 8-track house. The vinyl remains, the 8-tracks disintegrated long ago.

Late January 1973 was the due date for our first child. On our pre-dawn drive to the hospital we slipped “Blue River” into our car’s portable 8-track player.  As we turned onto the highway the album’s third track came on: Wind and Sand.

Blue River , Andersen’s  8th album, remains his best known and most successful. Unfortunately, Columbia lost the master tapes of his next album, so it was three years before his “next” album and by then Blue River’s momentum was gone.

While Andersen was not part of the Woodstock Music and Art Fair, he was part of the famous movable festival known as the Festival Express in 1970.

In 2004 our daughter was  waitressing at the Stone House Music Club, a now defunct venue in Englewood, NJ. Eric Andersen was playing. My wife and I were unable to attend, but we (likely again) told her the Wind and Sand story.

That particular night, our daughter was assigned to the green room and so met Eric. She told Eric the story.

My wife and I were already asleep and the phone rang. My wife answered and someone at the other end asked “Joyce?” It was Eric to say hello.  A red letter day…or night.

Woodstock Under the Stars

In June 2020, Andersen release a 3-CD collection. Woodstock Under The Stars features songs from concerts, studio sessions and webcasts recorded 1991 – 2011.  The 36 tracks include 35 songs plus an introduction track.

There are two live versions of six of the same titles recorded at different venues with different musicians accompanying Eric. The songs on this album feature Eric’s early works as well as more recent ones.

Like all things, the collection is available through Amazon.