Woodstock day 1 had ended with Joan Baez around 2 AM. People continued to arrived on the field and in the area. Traffic closed surrounding roads.

August 16 had dawned damp and misty, but by midday the sun shone and the crowd awaited. Little did they know that when Quill began around noon that it would be nearly 22 hours later when “Saturday’s” performances ended.

Quill is not on the Monument along with Keef Hartley and Tim Hardin. Quill is not in the movie nor on the original album, but once again due to the incredible and indefatigable Andy Zax, Rhino’s 50th anniversary release has all, including Quill.

Their approximately 35-minute 4-song set was:

They Live the Life 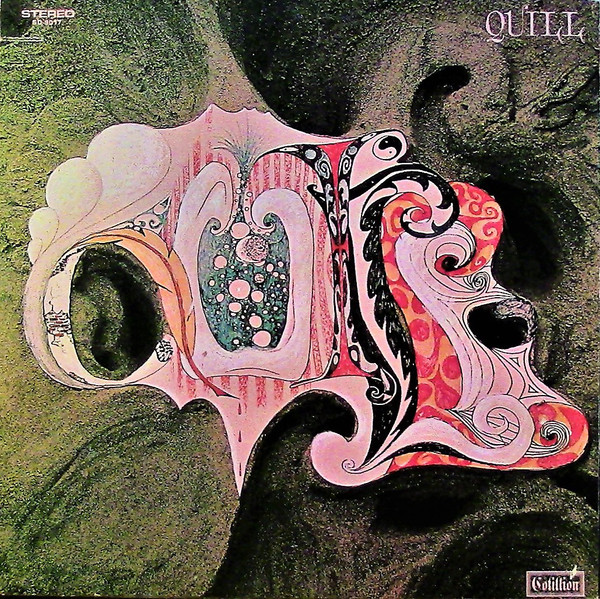 The band had not yet released an album. That would not happen (and happened only once) until 1970. They Live the Life was the only song from their Woodstock set that appeared on that self-produced album. It is a heavily percussive tune. No lyrics available.

That’s How I Eat

That’s How I Eat is a bluesy rock tune. No lyrics available.

We are all different parts of the same revolution. Hugh Romney.

While Woodstock is accurately known for its peace, love, and understanding, that does not mean that there were none who stretched the limits of counter-cultural patience. Hugh Romney (only later known as Wavy Gravy) suggests to the crowd that if someone is looking for a fight, just go up to them and kiss them or lick them.

And John Morris informs the crowd that the Motherfuckers, a group from NYC, has set up a food distribution site nearby.

Like That’s How I Eat, Driftin’ is a bluesy tune with Phil Thayer’s saxophone prominent, but a long Roger North drum solo in the middle of the 8-minute song. No lyrics available.

A second interruption in the brief set is an announcement regarding food by someone from the Hog Farm. They tell everyone that there is “tons of food” (all veggies) available at the Hog Farm site.

“You better get high or we’re gonna’ give you a tongue bath.”

According to the woodstock.fandom site, “Waiting for You” is a song which incorporates the audience. Quill used to hand out various percussion instruments so everybody could join the music. This may have worked at smaller venues but failed at a 500,000 people crowd at Woodstock.

Their enthusiasm is clear nonetheless during their 12 minute closer.

The next act was Joe McDonald.