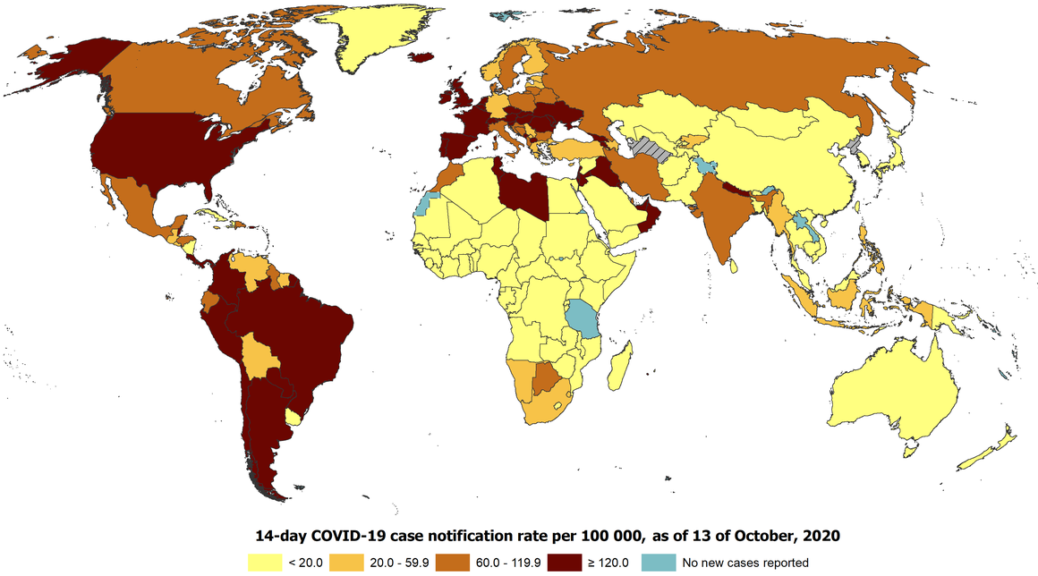 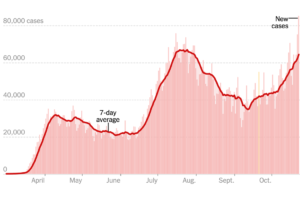 October 23: the NY Times reported on a study had found some survivors of Covid-19 carried worrying signs that their immune system had turned on the body, reminiscent of potentially debilitating diseases like lupus and rheumatoid arthritis, .

The study suggested that at some point, the body’s defense system in these patients shifted into attacking itself, rather than the virus, . The patients produced molecules called “autoantibodies” that target genetic material from human cells, instead of from the virus.

This misguided immune response may exacerbate severe Covid-19. It could also explain why so-called “long haulers” have lingering problems months after their initial illness has resolved and the virus is gone from their bodies.

October 27: the Trump administration triumphantly declared victory over the coronavirus pandemic, one week before the 2020 election and with COVID-19 cases surging across the country.

The lie came in a news release on a new 62-page report from the White House Office of Science and Technology Policy listing what it claims are the scientific and technological accomplishments during President Donald Trump’s first term. The list includes, “ENDING THE COVID-19 PANDEMIC.”

“From the outset of the COVID-19 pandemic, the administration has taken decisive actions to engage scientists and health professionals in academia, industry, and government to understand, treat, and defeat the disease,” the release states.  [HuffPost article]

October 27: the United States reported a record of more than 500,000 new coronavirus cases over the past week, as states and cities resorted to stricter new measures to contain the virus that was raging across the country, especially the American heartland.

The record was broken even as the Trump administration had announced what it called its first-term scientific accomplishments, in a news release that included “ENDING THE COVID-19 PANDEMIC,” written in bold, capital letters.

The record reflected  how quickly the virus was spreading. It took nearly three months for the first 500,000 coronavirus cases to be tallied in the United States — the first was confirmed on January 21, and the country did not reach the half-million mark until April 11. Testing was severely limited in the early days of the pandemic. [NYT article]

October 30: the Centers for Disease Control and Prevention  reported that people who contracted Covid-19 could quickly spread the virus through their households, based on a study of 101 patients in Tennessee and Wisconsin, and 191 of their household contacts.

And “substantial transmission” occurred, whether the first patient was an adult or a child, the researchers found. The transmission rate was high across all racial and ethnic groups. [NYT article]