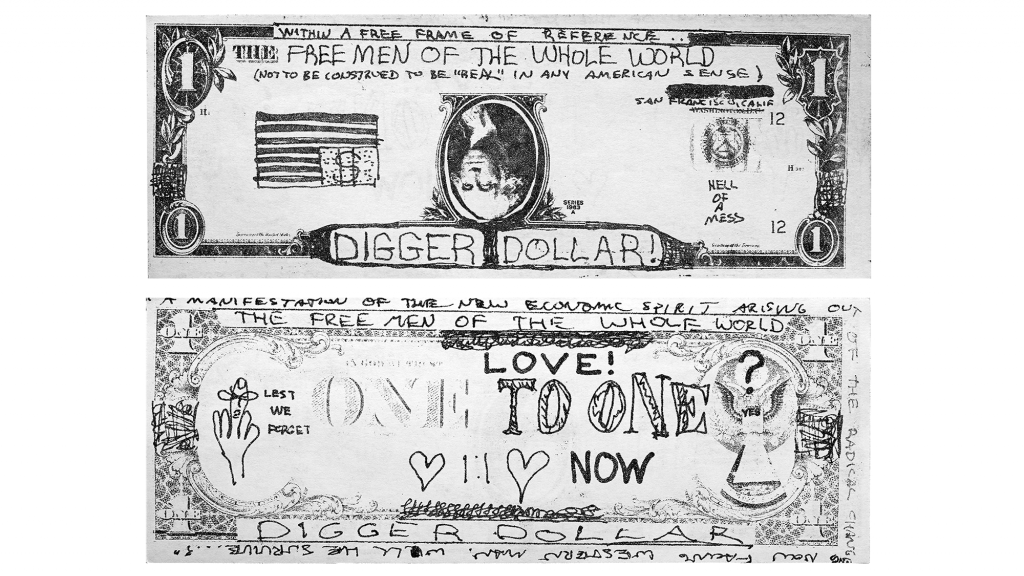 In a capitalistic culture, the idea of giving away what you provide is the opposite of what you are all about. When Woodstock Ventures announced that the festival would be free, it was not as incomprehensible as some observers may have thought.  Providing free services was a view that many had had and continued to have.

“In the beginning of Time, the great Creator Reason, made the Earth to be a Common Treasury, … but not one word was spoken in the beginning, That one branch of mankind should rule over another”   Gerrard Winstanley (1609-1660)

Wherever a powerful elite exist, we will often find coexisting the idea of “leveling the field” so that all members of a society have an equal chance. The American Constitution contains that idea in its phrase, “to form a more perfect union.”

Capitalism is based on private ownership. Those who have, have. Those who have not can work for those who have. The relationship can be an equitable one as long as the haves provide safe working conditions and a fare wage.

During the war, the Levellers were a faction supporting the a republican and democratic side, but more radical in their demands such as popular sovereignty, extended suffrage, equality before the law and religious tolerance.

The name “leveller” was used by their opponents in an attempt to associate the members with an earlier movement that actually leveled hedges that separated lands to open up the land to more people.

An even more radical branch of the Levellers emerged in April 1649 known as the True Levellers or Diggers. Gerrard Winstanley  and William Everard led this faction.  Their view was that the civil wars had been fought against the king and the great landowners and that with Charles’s execution, land should be made available for the very poor to cultivate.

The San Francisco Diggers began in August 1966 as a spinoff of the San Francisco Mime Troupe. Billy Murcott had moved to San Francisco from New York and joined longtime friend Emmett Grogan and playwright Peter Berg to collaborate on various undertakings including the founding of the Diggers. [see Chronology for a much expanded Digger timeline]

The Diggers site describe themselves  as “…one of the legendary groups in San Francisco’s Haight-Ashbury, one of the world-wide epicenters of the Sixties Counterculture which fundamentally changed American and world culture. “

They evolved out of the counter-cultural fabric already woven into San Francisco’s culture.  The group used street theater, art happenings, and in October 1966, began to distribute free food. Members went to the San Francisco Wholesale Produce Market and asked for whatever the sellers weren’t going to sell. Their first kitchens were their own apartments.

Necessity being the mother of inventing, the lack of baking equipment led him to use tin coffee cans. And so, Digger Bread was born. 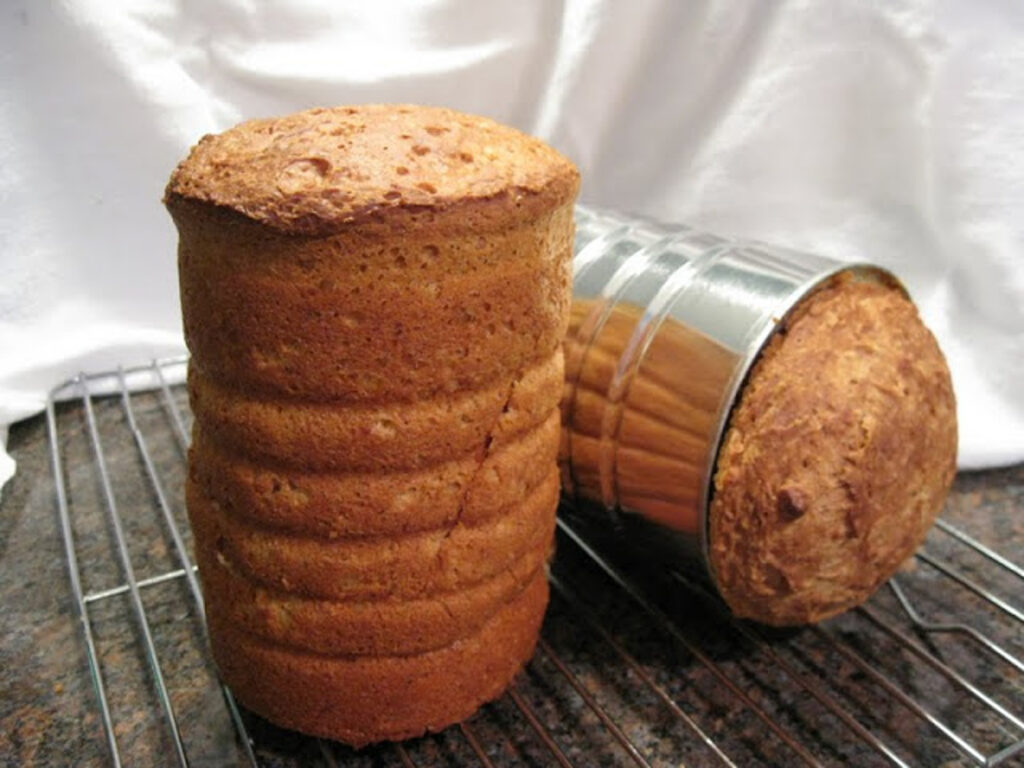 R.G. Davis had created the San Francisco Mime Troupe. It’s mission was “…to create and produce theater that presents a working-class analysis of the events that shape our society, that exposes social and economic injustice, that demands revolutionary change on behalf of working people, and to present this analysis before the broadest possible audience with artistry and humor.”

The Diggers followed suit with street performances, eg, Trip Without A Ticket., the Death of Money Parade, Intersection Game, Invisible Circus, and Death of Hippie/Birth of Free.

Actor Peter Coyote was a member of the Diggers. He said, “The Diggers didn’t stand for anything, but they were about personal authenticity and taking responsibility for your own visions.

Co-founder Peter Berg: The Diggers have several goals. One was the immediate one: to simply act out free. Put free in front of any word you could think of–a free phone box, free lunch, free district attorney, free judge, free policeman, free boy, free girl, whatever–especially free love. Love being the word that had been foisted on Haight-Ashbery. And the long term goal was to create a bomb, a situation in which the people who were refugees from American culture at the time…would be able to re-see exchanges between each other.”

The World Turned Upside Down

In 1649
To St. George’s Hill
A ragged band they called the Diggers
Came to show the people’s will

“We come in peace,” they said
“To dig and sow
We come to work the lands in common
And to make the waste grounds grow