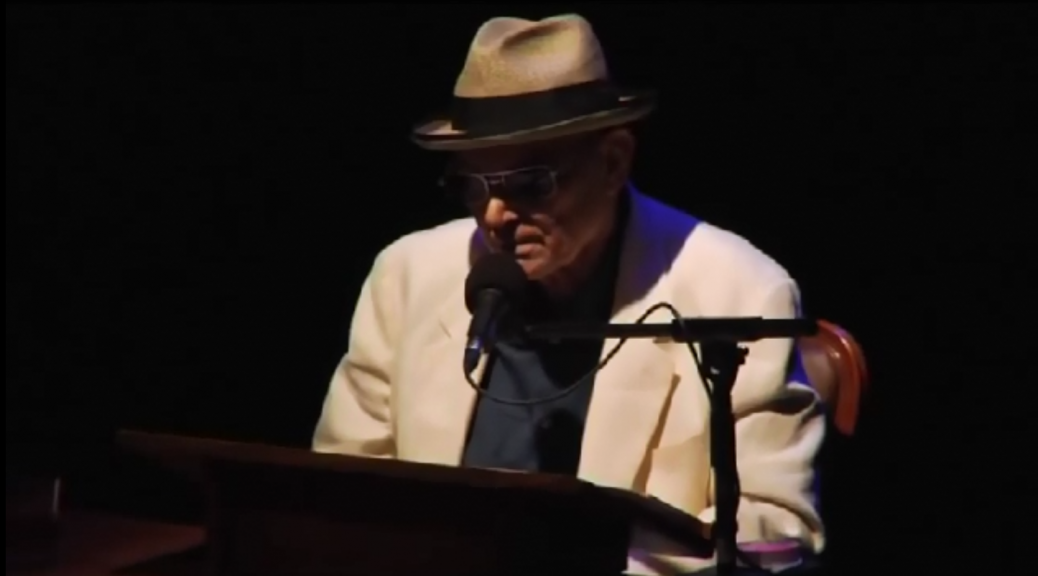 Sleepless son of the sleepless father

My father listened to the radio in the middle of the night. If I woke I could hear the soft tones of some seemingly distant program or if the Yankees were playing on the west coast, the announcer’s play-by-play.

I loved listening to the radio in the middle of the night.  As a teenager I’d slowly dial the tuner to find music or whatever caught my ear. I still am a night-listener, though nowadays it’s mainly podcasts.

At some point years ago when dialing around I heard someone telling a story. A remarkable voice.  In that sleepy-middle-of-the-night zone, I was hooked, but confused in a few minutes.

This storyteller, this Voice, had taken a turn somewhere and led me down the proverbial rabbit hole.

There was no Google. No internet to quickly look up a station’s schedule (if I’d even known what the station was). I never found out whose voice. Every few years in the middle of the night as the dial turned I’d hear him again and know I was in for another strange trip if I was lucky enough to have fallen at the beginning of this venture. 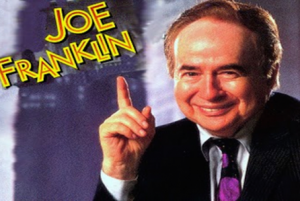 When I saw a headline that Joe Frank had died, I thought Joe Frank? Joe Frank died years ago. Then I realized I was thinking of old time  TV and radio personality Joe Franklin from New York City.

WNYC’s Brooke Gladstone’s comments typify these unanimous plaudits: Joe Frank died Monday. He was 79. And he was a radio giant. He conducted interviews, read stories, wrote dramas, and none of it was like anything done before because it was so raw and, frankly, nuts. To many of us, it was shocking and sad. He wasn’t a huge star but his light has been reflected in the great work of people you do know.

Who do we know?

People like Harry Shearer who said on Twitter: The great radio artist of our time has passed away. You will never hear anybody smarter, darker, funnier than Joe Frank. RIP, my friend. Check him out at https://t.co/yIYHeWiQHN No better honor of his memory than you hearing his work.

People like Ira Glass of This American Life who heard Frank and realized that this type of storytelling, this type of production, was what Glass wanted to try do, too.

Jad Abumrad, co-host and founder of the very successful radio program and podcast, Radiolab cites how important Joe Frank was to his career path. Abumrad spoke of when he first began Radiolab he was over his head, but after the show, Joe Frank came on…

“…and he was part of my shift. And every time, I’d just be like, what the F- is this stuff? I, I would just be sitting there listening to him and just like amazed and like mentally taking notes, being, like, oh, this guy has a feel and a — there’s a surreal-ity and a disorienting-ness to his stuff that I was just really fascinated by, and I was like, oh, I want to, want to do that.

To simply quote a piece Joe Frank cannot do justice to the power of listening to a piece, but just to give you an idea of Frank’s absurd genius, here is a small example:

There was a time when I danced on a street corner dressed as a chicken. My job was to draw attention to a furniture store down the block. One evening, when my shift was over, still wearing my chicken outfit, I walked into a bar across the street. I’d ordered a Bombay martini straight up, olives on the side.

A prostitute sat down next to me. She was young, willowy, had a faraway look in her eyes. Her name was Meredith. We talked about our careers, the importance of networking, setting goals, focus.

Then I excused myself, walked into the men’s room, entered a stall and sat down on the toilet and had a bowel movement that broke in two.

And half of it was still hanging out of me, so I had to wipe myself 50 times, repeatedly checking to see if there was more left on the toilet paper.

And written on the wall were the words, “Know that someone is suffering anonymously and unknown and that by the time you read this, I’ll be dead.”

Disgusting? Sure. Troubling? Yup. Intriguing? Absolutely. Keep listening? Hard not to. Where  was it going? How would it end?

Jad Abumrad spoke with Ira Glass on a Radiolab podcast tribute to Frank and both spoke enthusiastically, glowingly, and humorously about Frank’s influence on them. And if you have never heard Ira Glass drop a few F-bombs and you’d like to, follow that link!

A lifetime of illnesses

Joe Frank died of colon cancer complications, but health issues had filled his life from birth.

He was born Joseph Langermann on August 19, 1938, in Strasbourg, France, His parents and he escaped the Nazi pogrom in 1939 by fleeing to New York City.

Frank had club feet. His father died when he was five on a day of a procedure aimed at correcting that condition. His mother told him that his father had gone on a business trip.

One of his testicles never descended and when he was 20 he got cancer in his one testicle. Radiation saved him.

He had kidney failure and a first cousin donated their kidney to save Franks’s life, but later charged Frank for the kidney.

His colon cancer came back.

The road to radio

Away from doctors and treatments, Joe Frank attended Hofstra University (NY)–he said he’d cheated on his entrance exam. After earning a degree in English.

He attended the Iowa Writers’ Workshop, but didn’t finish the program.

He taught for 10 years at Dalton, an exclusive private school in NYC hoping to be a writing, but teaching was too time-consuming.

For two years, still living in NYC, he formed a company to produce musical acts at the Academy of Music in Northampton, Massachusetts.

In 1975, he began to work at the Pacifica station WBAI in NYC. According to Frank in an LA Weekly article,  “in 1976 I was given my own show [ “In the Dark.”] from 4 a.m. to 5 a.m., every Tuesday. I figured nobody was listening at that hour so I felt free to do whatever I wanted, and that was the beginning of the idea of telling stories on the radio. The show was well-received…”

In 1978, he moved to National Public Radio in Washington, DC and its “All Things Considered,” but that did not work out. He continued to work sporadically for NPR as an independent producer. 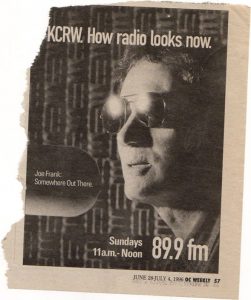 In 1986, he and KCRW (Bakersfield, CA) found a partnership. His first series, Work in Progress, was followed by In the Dark, which morphed into Somewhere Out There, and finally The Other Side.

That relationship lasted until 2002 when a disagreement with Ruth Seymour, KCRW’s general manager, led to his firing.

By then the internet had arrived and Frank expanded his web page and his live performances.

He did return to KCRW before leaving again in due to recurring poor health.

Joe Frank was also a writer.  His site lists his published works:

Three of Frank’s radio plays were produced for theatre:

There are films he is associated with:

Finally, the industry recognized his talent with many awards.

Joe Frank was also the author of “The Queen of Puerto Rico and Other Stories,” a collection of short stories based on his radio work published in 1993 by William Morrow. 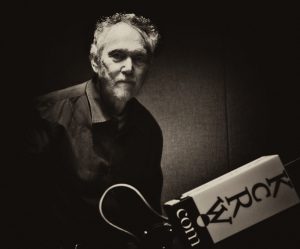 Frank was 79 when he died on January 15 in Beverly Hills, California.

I wish I knew your name sooner, Joe Frank, but you will always be in my ears.