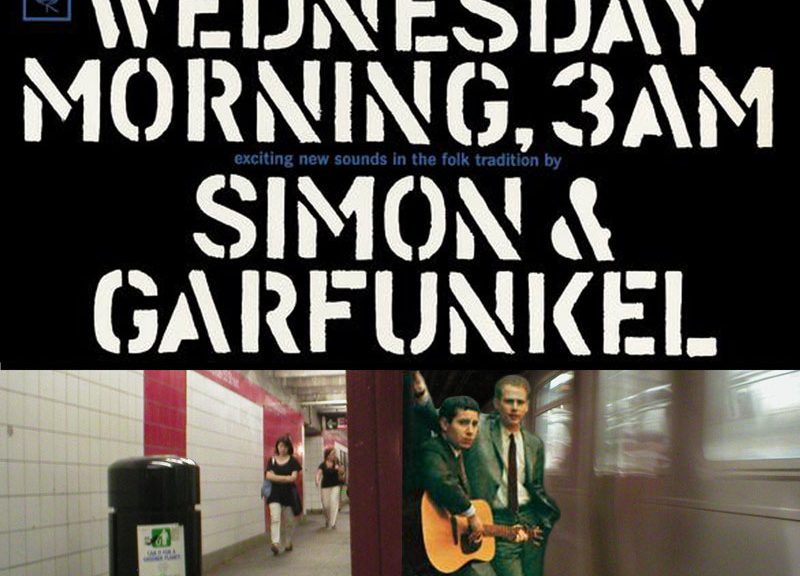 What is the difference between 1964 and 1965? Listen to the 1964 “Sound of Silence” on Simon and Garfunkel’s debut album, Wednesday Morning 3AM.

Then listen to Columbia Records producer Tom Wilson’s 1965 overdubbed electrified version re-released on Simon and Garfunel’s Sounds of Silence album and you will hear what that difference is.

When Simon and Garfunkel recorded Wednesday Morning 3am Beatlemania has just blossomed in the USA and Bob Dylan the folk singer was still the pied piper for future folk singers. 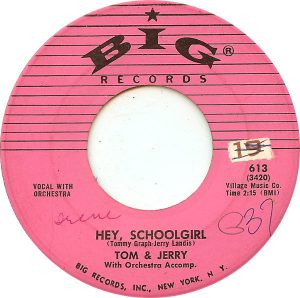 The Everly Brothers-inspired school friends and aspiring folk singers Simon and Garfunkel. In 1957 they’d had had minor success as Tom and Jerry singing “Hey Schoolgirl” written by Jerry Landis and Tommy Graph.

He Was My Brother

The song that caught Tom Wilson’s ear was Paul Simon’s “He Was My Brother.” Andrew Goodman was one of the young men that the Ku Klux Klan killed on June 21, 1964. Goodman had also been a classmate of Simon and Garfunkel.  [see Freedom Summer]

Like most folk albums of the time, it was acoustic:

It was a tough year for musicians. Beatlmania had erupted and the band dominated the music of 1964–they had had five #1 songs.

The album had no commercial success. Paul Simon went to England to pursue a solo career. Art Garfunkel returned to Columbia to pursue his studies.

Tom Wilson did it

That version is the version we are mainly familiar with. The electric version. The version with drums.

The song, as we already know, became a huge hit. One of the biggest songs in the American songbook and is included in the  National Recording Registry in the Library of Congress. 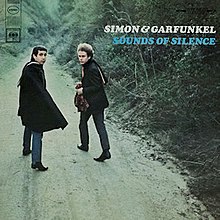 With the success of the single, the duo reformed and recorded The Sounds of Silence album. Recorded in the middle of 1965 and released in early 1966. Its success led to fans noticing their Wednesday Morning 3am.

Here are the track listings for the album:

The asterisk indicates Paul Simon (aka Paul Kane) compositions. Like many upcoming artists who became famous because of their compostional genius, Simon was still on a learning curve.

Columbia Records staff photographer Henry Parker had taken the album’s cover photo on the lower subway platform at Fifth Avenue and 53rd Street, New York City. Art Garfunkel  has related that during the photo session many of pictures Parker took were unusable due to the “old familiar suggestion” on the wall.  Those type of graffiti inspired Paul Simon to write the song “A Poem on the Underground Wall” for the duo’s later Parsley, Sage, Rosemary and Thyme album.

Here’s is AllMusic’s current review of Wednesday Morning 3 AM.

By the way, the location of the Wednesday Morning 3am album cover was the lower subway platform at Fifth Avenue and 53rd Street, New York City.