Why is Woodstock Woodstock? That is a question I’ve asked myself many times and so have guests to the Museum at Bethel Woods Center for the Arts.

The biggest festival ever? Pretty big, but no.

The most famous performers ever? Many were, but more were unknown. Some became known from the event.

The peace that prevailed under difficult conditions? Certainly violence would have stymied its positive reputation.

That it occurred in New York, the center of national media? Must have helped, but like any “big” story it fades with the next headline. 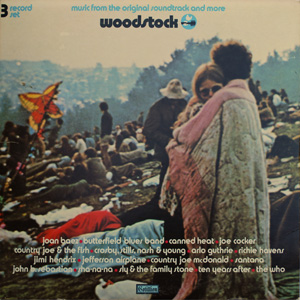 Woodstock Ventures made the  decision  to record and film the concert. That was quite a financially irresponsible risk given the money pit the festival’s preparations had already put them in, but in many ways it was the album (an unheard of triple disc release) and the film (It received the Academy Award for Best Documentary Feature. Thelma Schoonmaker was nominated for the Academy Award for Best Film Editing, and Dan Wallin and L. A. Johnson were nominated for the Oscar for Best Sound.

With their releases, thousands more attended the event and say so today.