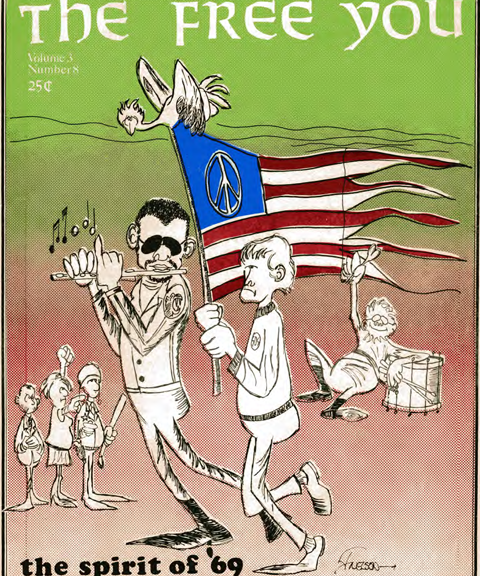 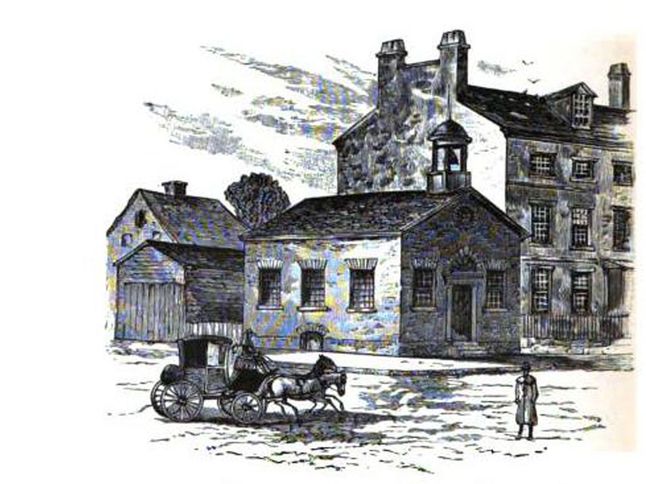 The idea of free education for all is well-established in the United States, but it has not always been so.

As far back as 3000 BCE, the Greeks had a system of free education for its future priests, but not for other areas.

Here in the United States, on April 23, 1635, the first public school–meaning free to those who could attend was established in Massachusetts Bay Colony in Boston. Known as the Boston Latin School, this boys-only [it did become co-ed 337 years later] public secondary school. The Boston Latin School was strictly for college preparation.  [National Geographic article]

The idea of free public education for all children was not widespread in the United States until the late 19th century when the government introduced compulsory education as free or universal education, which extended across the country by the 1920s.

The availability of a free university education was rarely a reality. A young adult had to exhibit an outstanding ability and at that point a sponsored scholarship might be granted to reduce partially or entirely the costs involved. 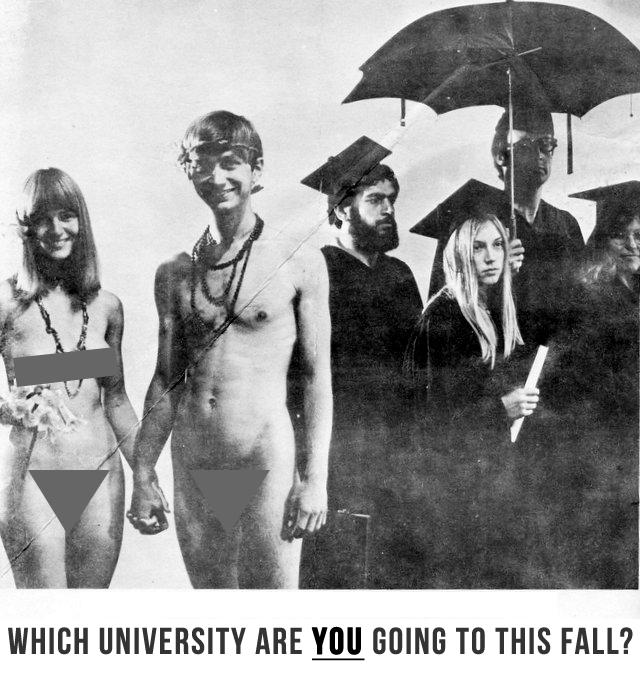 The United States, like any society, has gone through many cultural changes. Sometimes the changes are seen as so drastic that the term cultural revolution is used to describe the epoch.

Most would agree during the 1960s, particularly the decade’s latter half, that the United States was in an epoch of cultural revolution. While all disenfranchised groups had always tried to effect changes to allow them a fair chance at achieving the “American Dream,” the 1960s saw an upsurge in those attempts. An alphabet of groups demanded their chances: Asians, Blacks, children, disabled, females, gays, Hispanics,  Native Americans, students, and others.

And while the American Dream remained the goal for most, some saw the goal more of a nightmare and offered alternatives to that dream or alternative dreams altogether. 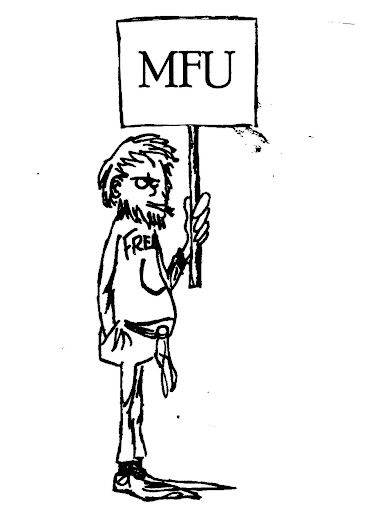 Others extended that argument stating that not only should universities be free, they should offer more relevant courses.

Enter, among others, the Midpeninsula Free University. A college without a campus.  [midpeninsula refers to the middle of the Californian peninsula that San Francisco is the tip of]. It grew out of the Free Speech Movement that had begun with Mario Savio at Berkeley University.

From his MFU site, Jim Wolpman writes: anyone could teach a class. From Marxism—of every ilk—to Non-violence to Encounter Groups to Crafts to Art to Computers to . . . .  It published a handsome, quirky newsletter that printed anything anybody was interested in.  It sponsored be-ins, street concerts, a restaurant, a store, a print shop, and more.  It was heavily into the Anti-War Movement at Stanford. Right-wing bombers attacked it, the FBI kept track of it*, and The Palo Alto Times hated it.  At its best, it was a place—a forum—to thrash out the divergent political and cultural aspirations of those years.  At worst, it was foolish, naïve and self-indulgent.  It may even have corrupted the youth.  It was born of New Left politics, grew to embrace the entire counterculture, and died from a heavy dose of doctrinaire Marxism.

*On November 4, 1968, the Special Agent in Charge (SAC), San Francisco, wrote to Director in Washington, describing the MFU Fall 1968 Catalog and noting 2 courses—Urban Guerrilla Warfare and Marxism-Leninism and the American Revolution—at least one of which was attended by an FBI informant 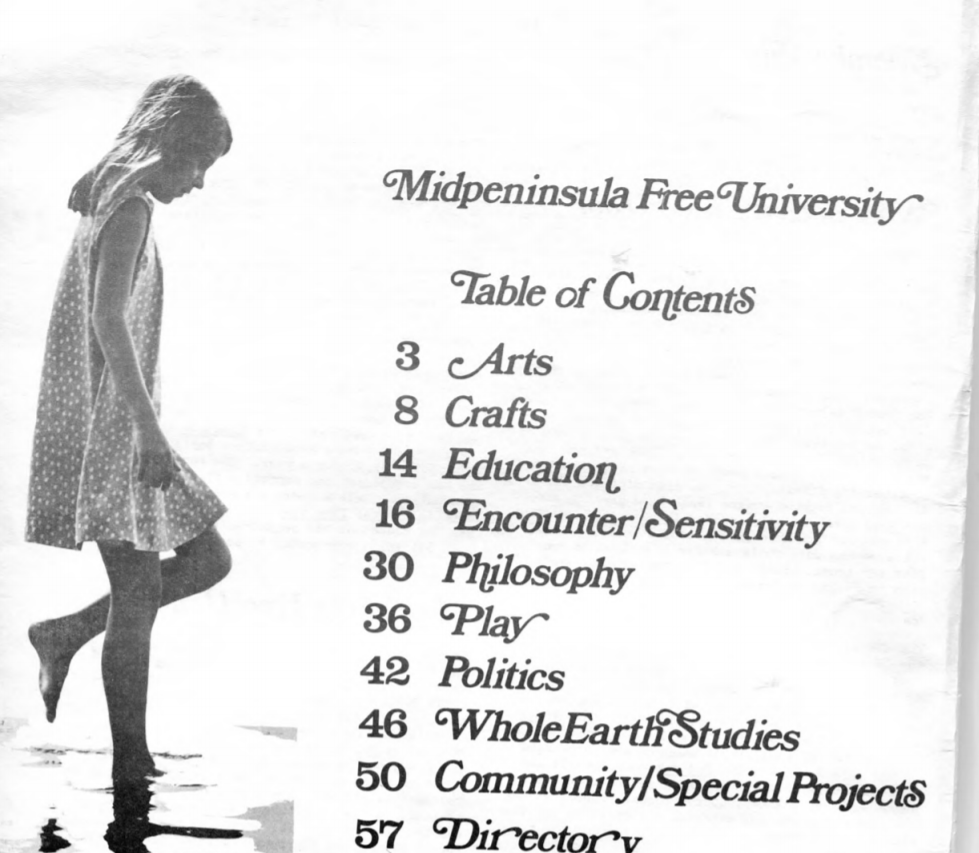 The system has become rigid; it is no longer receptive to meaningful change. A revolution in American education is required to meet today’s needs, and a new type of education–a free university–must provide the impetus for change

The freedom of inquiry is the cornerstone of education.

That each individual must generate his own most vital questions and program his own education, free from central control by administrative bureaucracies and disciplinary oligarchies.

that the class character of age in our society subverts education, and that the young are not too young to teach, nor the old too old to learn.

That education is not a commodity, and should not be measured out in units, grade points, and degrees.

That education aims at generality rather than specialization, and should supply the glue which cements together our fragmented lives.

That education is a process involving the total environment, which can only occur in a total community, in which each individual participates equally in making the decisions which importantly affect his life.

That education which has not consequences for social action or personal growth is empty.

That action which does not raise our level of consciousness is futile.

That the ultimate politics will be based on knowledge, liberty, and community, rather than on hate, fear, or guilt.

That the most revolutionary thing we can do is think for ourselves, and regain contact with our vital centers.

THAT THE NATURAL STATE OF MAN IS ECSTATIC WONDER.

THAT WE SHOULD NOT SETTLE FOR LESS.

In Street of Dreams: the Nature and Legacy of the 1960’s, author Douglas M. Knight [President of Duke University, 1963-69]  wrote of MFU’s free curriculum “These courses, these catalogs are the perfect embodiments of attitudes and approaches which flashed like moonlight on the sea and were lost again, replaced by those mundane, conventional, but less alive patterns to which we quickly returned in the 1970’s. Once again we saw Camelot, crazy and beautiful; once again we lost it.”

From Jim Wolpman’s MFU.com site: It sponsored be-ins, street concerts, a restaurant, a store, a print shop, and more.  It was heavily into the Anti-War Movement at Stanford. Right-wing bombers attacked it, the FBI kept track of it, and The Palo Alto Times hated it. … It was born of New Left politics, grew to embrace the entire counterculture, and died from a heavy dose of doctrinaire Marxism. 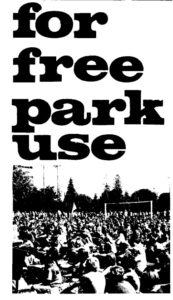 In the summer of 1969 concerts were run by local high school students and street people, organized, with the help of the MFU, as the “Free Peoples Free Music Company.”

In fact, concerts, however minimally they brought in revenue, helped defray the constant need for finances. 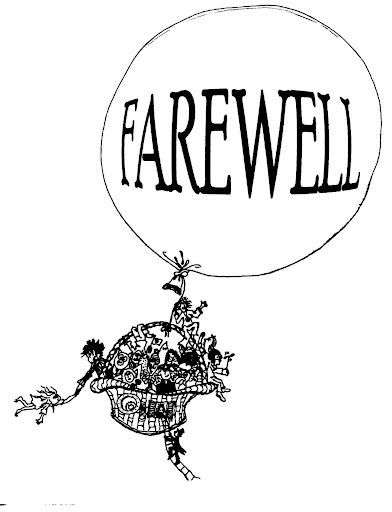 But the university just couldn’t sustain itself.

Many thanks to Jim Wolpman for his site and the tremendous amount of information he has collected and provides to interested readers.