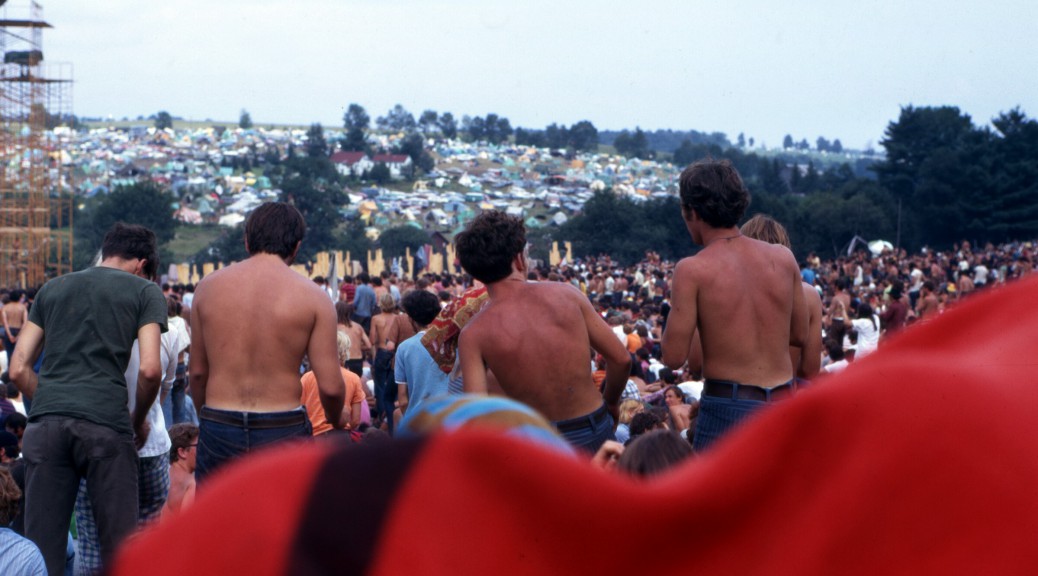 The popular image of the 1969 Woodstock Music and Art Fair is one of drugs, skinny dipping, mud, rain, and disorganization, but the reason behind that that image is the atmosphere of peace that prevailed the whole weekend.

There is no one reason why, under such adverse circumstances, there was such peace. The lack of food, toilet facilities, overwhelming numbers of people, and a transportation breakdown would seem a recipe for disaster, not tranquility. Then Governor Rockefeller thought there was a disaster and had readied the National Guard to take over the site.