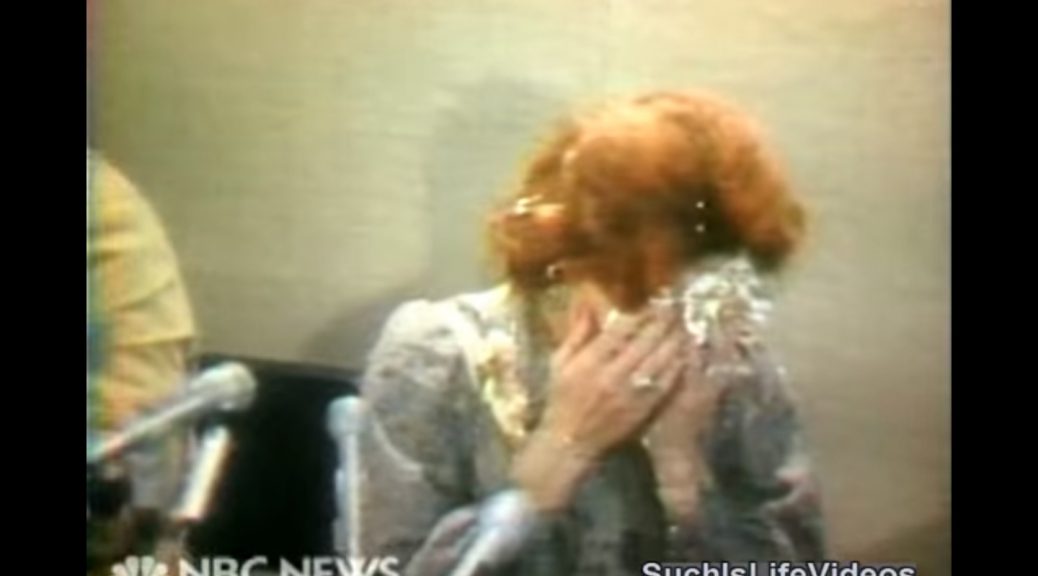 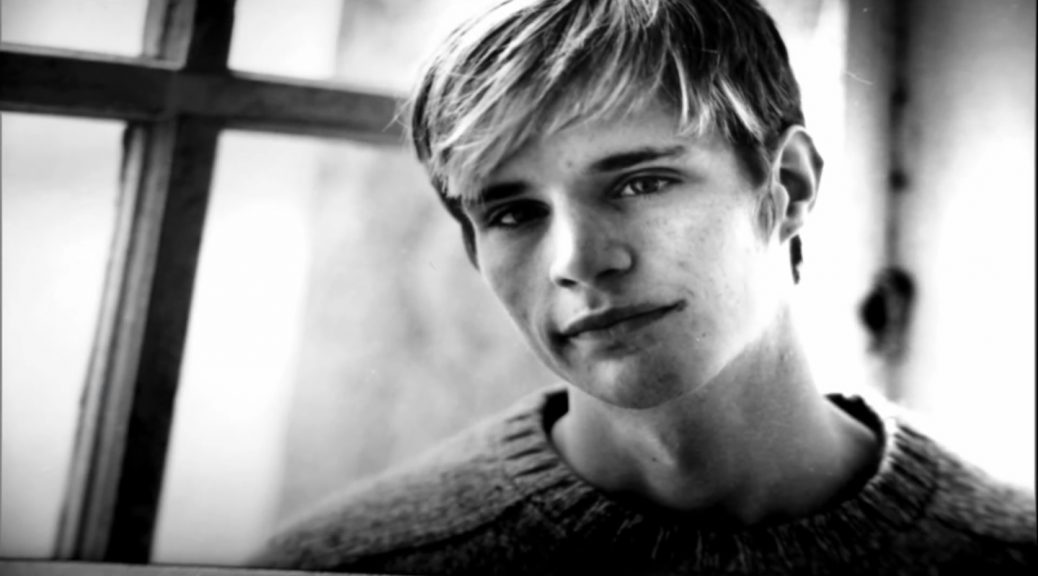 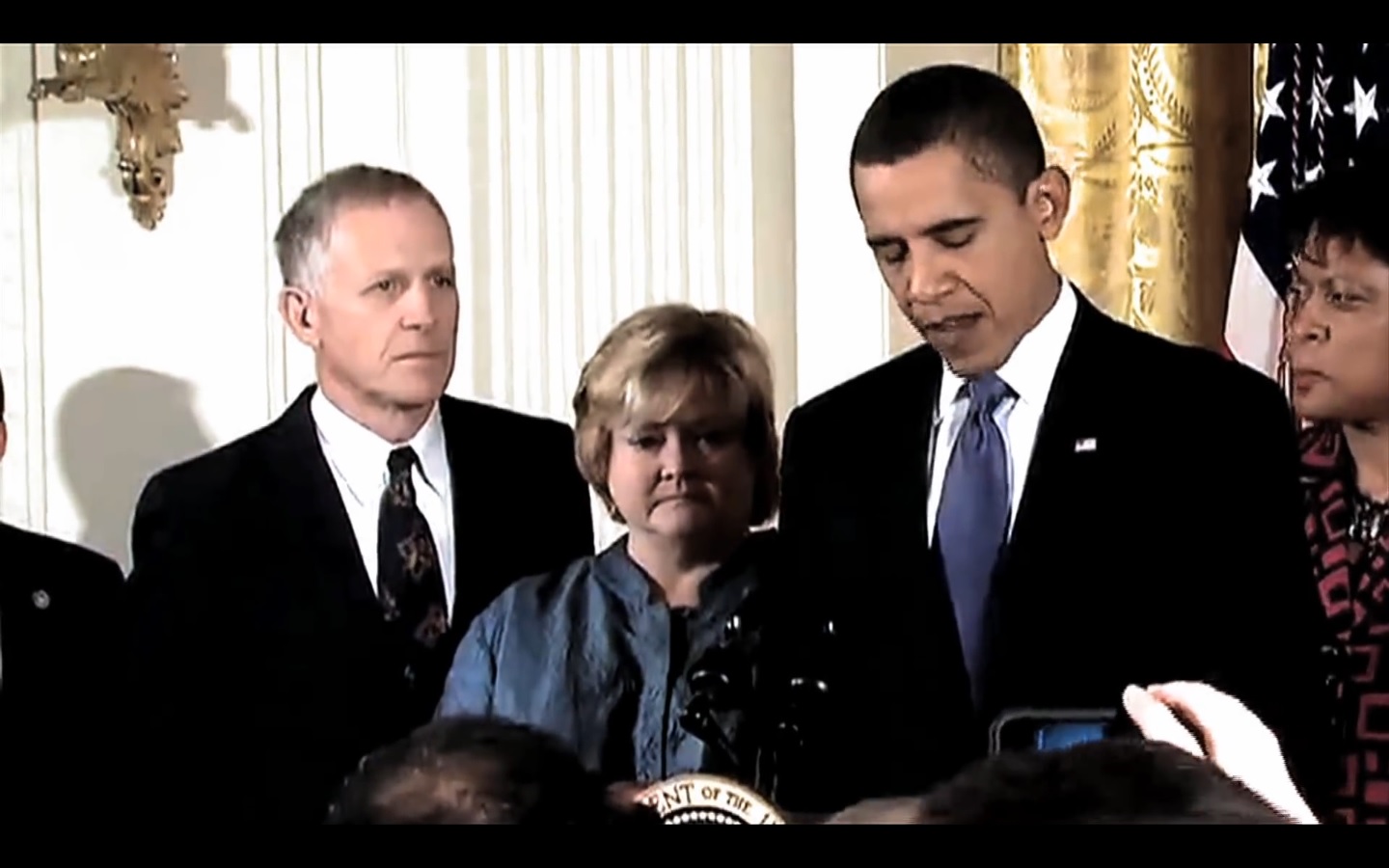 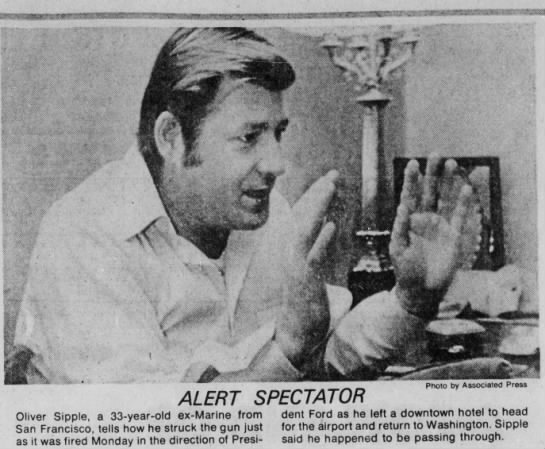 Two Michigan guys and a mom

Two Michigan guys, strangers to each other, got out of two different beds on September 22, 1975. Neither imagined that someone was about to intertwine their lives forever. That someone was Sara Jane Moore. She got up that morning intending to assassinate President Gerald Ford. Moore put on baggy tan pants and a neatly pressed blue raincoat. A 45-year-old mother of four packing a chrome revolver.

President Fort had addressed a conference at the St. Francis Hotel in downtown San Francisco. Outside was Oliver W Sipple, a 33-year-old ex-marine, twice-wounded in Vietnam. He  happened to be downtown that day and thought, “Why not stick around and see the President.” As the President left the hotel, Sipple was standing near Moore when he noticed her outstretched arm holding a revolver. Sipple yelled “The bitch has got a gun” and lunged at her. The bullet missed Ford and hit a cab driver who, fortunately, was only wounded.

With so much media around, a picture caught the moment: Sipple on the far left, Moore circled in red. 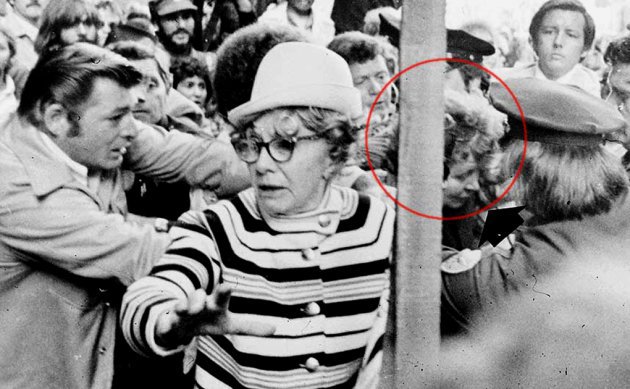 President Ford sent a letter to Sipple. It said in part,

Navy veteran Harvey Milk was openly gay and active in San Francisco politics, He saw Sipple’s bravery as an opportunity to demonstrate that a gay person could also be a hero. Milk contacted San Francisco journalist Herb Caen. A few day’s later, Caen wrote about Milk, Sipple, and Sipple being gay. The new component to Sipple’s life went national.

Being a gay ex-Marine who displayed bravery both in uniform and again as a civilian sadly changed the story’s arc. For many, it somehow tempered their view of that courage, even in San Francisco, a place more (but not completely) tolerant of gays.

On September 29, William Safire wrote in the New York Times, “Mr. Sipple is guilty of committing heroism in public, and is trying to hold on to the last shreds of the privacy that was stripped from him as a consequence of his selfless act. He is probably under family pressure to go one way, and under peer‐group pressure to go the other, with publicity stakes fairly high. He will think twice before he does any good deed again.”

Until his brave act, Sipple’s parents did not know of is sexual orientation. Finding out, his parents disowned him and later when Sipple’s mother died, Mr Sipple told his son he was not welcome to attend the funeral.

Sipple sued the Chronicle for invasion of privacy. The Superior Court in San Francisco dismissed the suit. Sipple continued his legal battle. In May 1984 the California Supreme Court refused to reinstate his invasion-of-privacy suit. His lawyer said that Sipple would have been better off ”if he had let that woman shoot.”

Oliver W. Sipple death is listed as February 2, 1989. That is the day authorities discovered his body. He had likely been dead for a few days. He was 47.

Papers reported that he had received treatment for schizophrenia, alcoholism and several other health problems. He weighed nearly 300 pounds when he died. His apartment was in the Tenderloin area of San Francisco, a mainly low rent district. Sipple’s days then consisted of getting up and going to a bar to drink.

On the wall of his apartment hung the framed letter from Ford.

President Ford, the man who pardoned the un-convicted President who’d broken laws as President, had never invited the man who saved his life to the White House. Some conjectured that that failure was due to Sipple’s sexual orientation. The President said his letter had been enough. 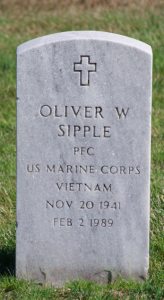 Sara Jane Moore pleaded guilty. At her sentencing to life in prison she stated “Am I sorry I tried? Yes and no. Yes, because it accomplished little except to throw away the rest of my life. And, no, I’m not sorry I tried, because at the time it seemed a correct expression of my anger.”

Moore escaped from prison in 1979 for a few hours. She later said, “If I knew that I was going to be captured…I would have stopped at the local bar just to get a drink and a burger.”

On December 31, 2007, Moore, 77, was released from prison on parole after serving 32 years of her life sentence. When the media asked about her crime Moore stated, “I am very glad I did not succeed. I know now that I was wrong to try.”

In May 2009, NBC’s Matt Lauer interviewed her on the “Today Show.” (NYT article)

Radiolab, an outstanding podcast, presented a program on Oliver Sipple on September 21, 2017. Here is the link to that podcast.