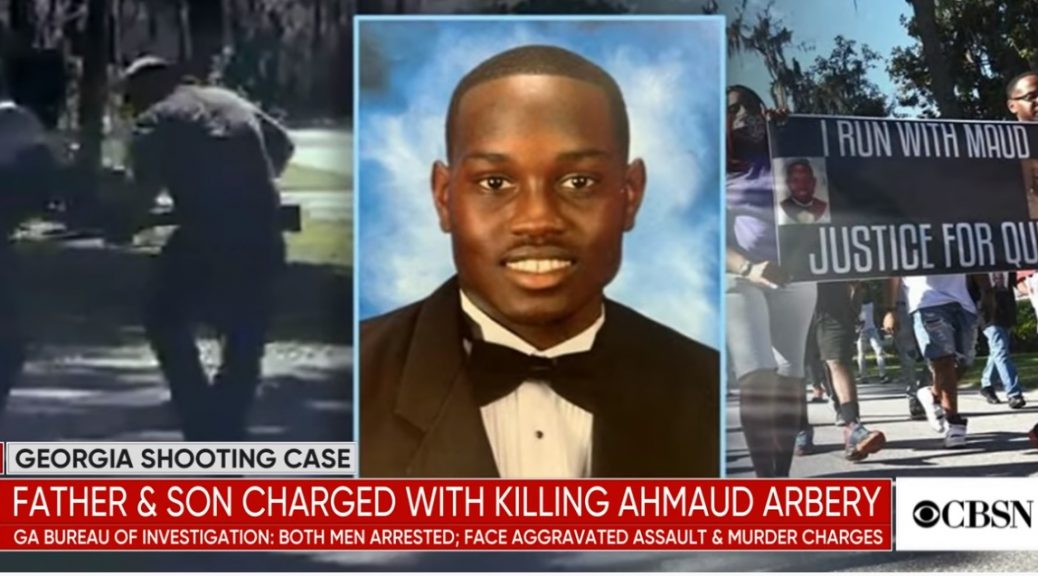 Regardless of their mundane activity–walking, jogging, dancing, or simply standing–Black men have been and still are often targets. So was the case for Ahmaud Arbery. A 25-year old who, like millions of other young people, loved to run.

A father and a son saw that love as a threat. They pursued, shot, and killed Ahmaud.  And it was weeks before their actions came to national light.

Gregory McMichael told the police that he thought Arbery looked like a man suspected in several break-ins in the area. The Brunswick News, citing documents obtained through a public records request, reported that there had been just one burglary in the neighborhood since January: the theft of a handgun from an unlocked truck parked outside Travis McMichael’s house.

February 27, 2020: the Brunswick[GA] District Attorney’s Office and the Glynn County Police Department conducted the initial investigation into the killing of Ahmaud Arbery.

On this date, the Brunswick district attorney, Jackie L. Johnson, recused herself from the case, pointing out that Gregory McMichael, a former Glynn County police officer, had been a longtime investigator in her office until his retirement in May 2019.

Under pressure from Arbery’s family, Barnhill then recused himself from the case because his son had worked in the Brunswick prosecutor’s office with Gregory McMichael. Mr. Barnhill asked the Georgia Attorney General’s Office to help find another district attorney to handle the case.

April 13, 2020: the Aubery case was transferred to a third prosecutor, District Attorney Tom Durden of the Atlantic Judicial Circuit.

April 26, 2020: for two months, the shooting received little attention outside Brunswick, GA. As the coronavirus pandemic dominated headlines and shut down communities around the country, The NY Times spoke with Mr. Arbery’s friends and family, who were by then concerned the case might quietly disappear in their Deep South community, because social distancing restrictions had made it difficult for them to gather and protest.

That same day,  District Attorney Tom Durden of the Atlantic Judicial Circuit.said that he wanted to send the case to a grand jury to decide whether to bring charges. The Georgia Bureau of Investigation said that night that it would be taking over the case at Durden’s request. May 7, 2020: according to the Georgia Bureau of Investigation, authorities arrested Gregory and Travis McMichael and booked them into a jail in Glynn County, Both were charged with murder and aggravated assault.

May 8, 2020: to commemorate his birthday, supporters of  Ahmaud Arbery’s family ran 2.23-mile — a reference to the date of his killing. And at a time when many people were prevented from gathering in person to rally, some were connecting instead on social media using the hashtag #IRunWithMaud.

May 10, 2020: Georgia Attorney General Chris Carr asked the Department of Justice on Sunday to conduct an investigation  into the handling of the Ahmaud Arbery case. [NPR story]

Holmes, comes from Cobb County in the Atlanta metropolitan area, where she was the first African-American to serve as district attorney. She was the fourth prosecutor assigned to lead a case that has bounced among district attorneys and law enforcement agencies. [NYT article]

May 21: the NY Times reported that authorities had arrested William Bryan, 50, the man who filmed the pursuit and shooting death of Ahmaud Arbery. Bryan was arrested  in connection with the killing, Georgia authorities said.

Lawyers for Mr. Arbery’s family said they were “relieved” by the arrest. “His involvement in the murder of Mr. Arbery was obvious to us, to many around the country and after their thorough investigation, it was clear to the G.B.I. as well,” the statement said.