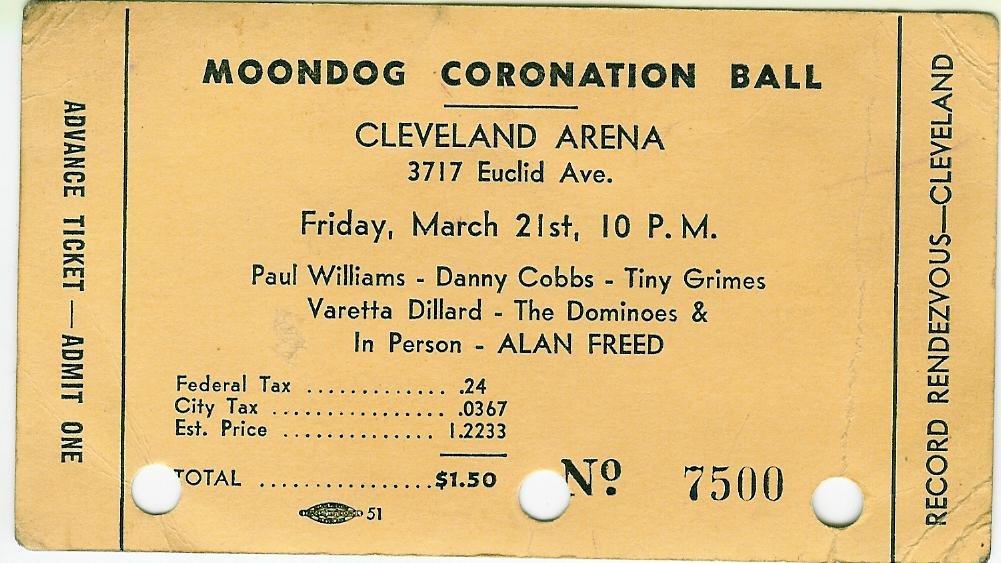 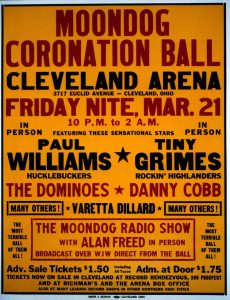 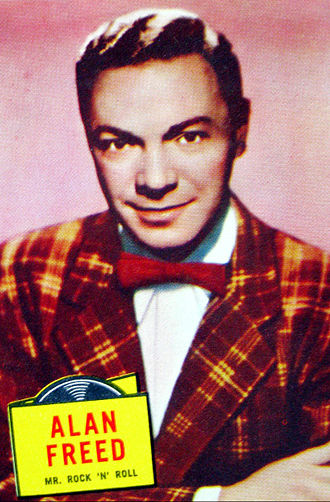 As a web site inspired by the Woodstock Music and Art Fair, I have tried to note those events that led up to that famous one in 1969. The  Moondog Coronation Ball held in the Cleveland Arena on March 21, 1952 may be the seed from which all rock concerts sprung.

Alan Freed became interested in radio while attending Ohio State University. During World War II Freed worked as a DJ on Armed Forces Radio. After the war he began a series of DJ jobs at various radio stations. 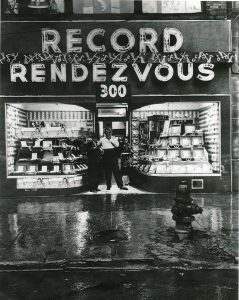 Freed started to work for Cleveland’s  WJW in 1951. He initially hosted a classical-music program.  The story goes that Leo Mintz, owner of the Record Rendezvous store in Cleveland, suggested that Freed play rhythm and blues. Mintz’s suggestion was based on the increasing popularity of that music among his young customers.

Mintz put his money where his mouth was and sponsored the new late-night show that Freed was the DJ of. That show’s popularity led to the idea of having a live show featuring that music.

Seeing a financial opportunity, Freed, Mintz, and Lew Platt, a local concert promoter put together a great line up. In a somewhat odd foreshadowing to 1969 and Woodstock, they printed far more tickets (20,000) than could fit in the Cleveland Arena which could hold less than 10,000. And counterfeiters got in on the ticket frenzy as well. I love how the ticket breaks down the $1.25 price with the actual cost of the ticket itself, minus taxes, as 1.2233.

The evening  arrived and when the far more ticketed fans tried to get into the Arena than possible and organizers had to turn them away. Things got a bit unruly.

Fire authorities shut down the event after Paul “Hucklebuck” Williams had done just one song.

On his show the next day, Freed apologized to his fans. Apparently that was enough as Freed continued to have success as a DJ and one of the founding fathers of Rock and Roll.

Cranky Pressman put together a playlist of the music from the artists who were supposed to play that night on his YouTube channel. Great stuff!

And brother Woodstock alum, Charlie Maloney, provided this story from a BBC article.  A Jimmy Sutphin is interviewed. He happened to be staying in the hotel across the street that night. Thanks for being ever-alert, Charlie.

It’s always great when readers add more information. John Ryan added this bit of info with a Facebook comment: ‘Paul Williams’ was a very common name!  The ‘Moondog’ Paul Williams was NOT the singer – who also lived in Cleveland during the 50s – who co-founded The Temptations.