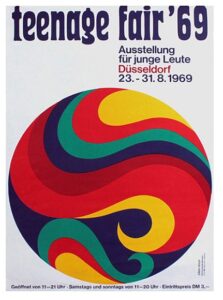 Not sure how much of a “festival” this was since it was very much a commercial event that organizers billed as “An exhibition for young people” that they used as an opportunity for companies to market their products to young people.

And by 1969,  there was definitely an anti-commercialism attitude among many young people.

The article continued…teens and twenty-somethings are scheduled to be “disinhibited” (Wilp) for nine days from Saturday of this week in Düsseldorf’s exhibition halls with a concentrated beat and pop atmosphere l . Fashion houses, banks, car manufacturers and beverage manufacturers have — from psychedelic light shows to moonlight parties and from pop star Roy Black to old racing driver Jüan Fangio – everyone and everything is called up to put the young people in a permanent consumption frenzy.”

About that anti-commercialism attitude: …cabarets and street theater in front of the exhibition halls are intended to enlighten visitors to their role as manipulated victims of advertising. Crowds of protesters will drink the stuff away from the exhibiting breweries and lemonade manufacturers and unsuspecting young consumers from the provinces — brought here by the Federal Railways on special trains — will argue away from the miraculous images of their consumer pilgrimage.

The article continued: The SDS activists from the neighboring town of Neuß as well as school newspaper editors, representatives of the student councils and members of the Republican Center also joined the left-wing united front against “consumer terror and consumer idiocy”. They denounce what the market strategists from advertising, trade and industry celebrate as a high achievement: the increasingly subtle investigations into the buying desires and buying habits of young people.”

Among the bands performing were: The Spirits of Sound (Wolfgang Flur, Michael Rother, Uwe Frisch and Ralph Ermisch), The Lords, The Equals, Humble Pie, The Small Faces, Soul Caravan, Klaus Doldinger and his Nero Sound Inc., Cuby and the Blizzards, The Lumbermen, Wonderland,  and The Shatters.

Two of the band The Spirits of Sound’s members–Wolfgang Flur and Michael Rother–would go on to preform in electronic music pioneer group Kraftwerk.  Rother only stayed with Kraftwerk for 6 months in 1971 before leaving with the drummer Klaus Dinger, to form NEU! 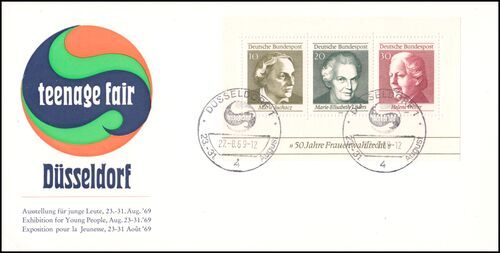 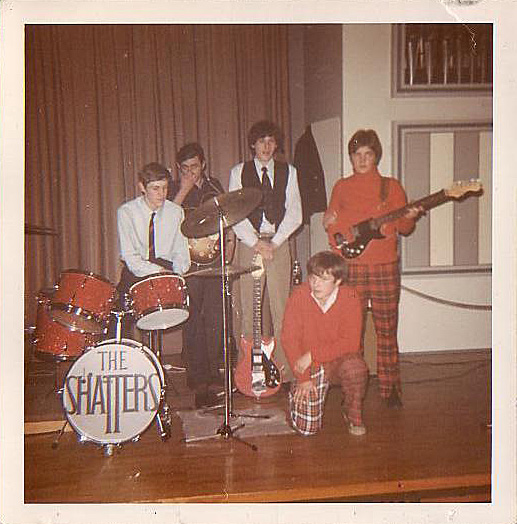 Though I’ll admit that I only searched for an hour or so,  other than the article above that is about the preparations for the event, I have found  very little about the event itself. There is a Facebook page and the few comments suggest that they had a good time.