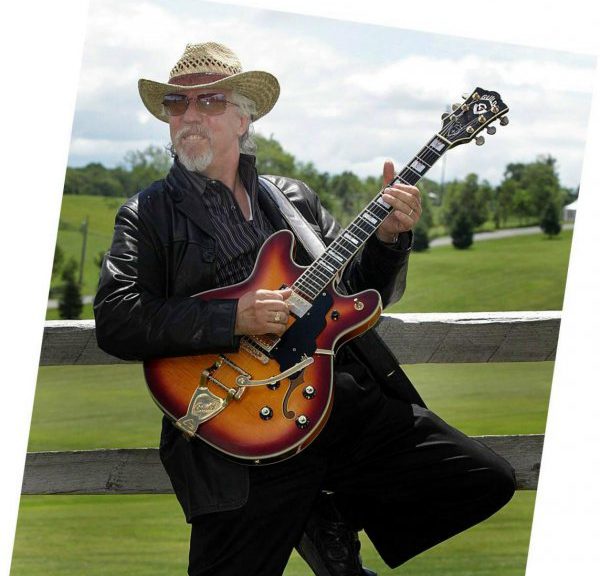 Gilles Malkine played with Tim Hardin at the Woodstock Music and Art Fair on that famous festival’s opening day.  What is he up to nowadays? According to Wade Lawrence’s WoodsTalk piece on Tim Hardin, “Gilles Malkine, guitarist, lives in Woodstock, New York, and is an actor, guitarist, artist, writer, disability advocate, illustrator, cartoonist, and composer.”

And Gilles Malkine is often part of a duo with Mikhail Horwitz. According to their page, they “…have been confounding Hudson Valley and cross-country audiences since 1989. Their original, zany, and imaginative verbal acrobatics and updated parodies of classic folk tunes have left onlookers laughing until they’re gasping for breath. Their satirical takes on world currents consistently hit the mark, as do their rap versions of such literary classics as Moby-Dick, Homer’s Odyssey, and Waiting for Godot.”

And their version of “This Land Is Your Land.”

The site goes on to say that, “Individually and as a duo, they have appeared onstage with John Sebastian, Tim Hardin, Natalie Merchant, Jay Ungar & Molly Mason, Ed Sanders (The Fugs), Prof. Peter Schickele, and Allen Ginsberg, to name just a few unwitting collaborators.”

It is interesting to this Woodstock alum that Malkine does not mention the Woodstock Music and Art Fair performance.

According to his Facebook page, Gilles “…was raised in Woodstock and began acting (publicly) at the age of 11 in the 1960 summer stock season at the Woodstock Playhouse. He later studied the Sanford Meisner acting technique with Brad Dourif at the Woodstock Film and Actors Guild. His stage career has included many theater, film, and video productions, serving as actor, singer, musician, musical director, composing, arranging, performing, and recording songs, scores, and sound tracks for various projects—the list ranges from guitarist at the 1969 Woodstock Festival to co-starring on Off-Broadway. He has made many recordings including a brand new solo album, and has been performing comedy with his partner-in-crime, Mikhail Horowitz, for the past 22 years; it has been said they have been doing to performance poetry what freon has been doing to the ozone. He is currently starring with Melissa Leo in a soon-to-be-released film titled Persephone. Apparently Gilles doesn’t update the page’s bio too often as the movie Persephone was released on October 12, 2012.

IMDB does add that Gilles has also been in The Arsonist’s Affair, a short also in 2012.

The description below the video says, “Gilles Malkine is a guitarist from Woodstock, NY, and a veteran of the 1969 Woodstock Festival as guitarist in Tim Hardin’s band. He loves writing feel-good music and is delighted to share this tune from his 2012 album TimeDog (available at CD Baby and other purveyors of fine music). On this cut, Martin Keith is on upright bass and Harvey Sorgen on drums and washboard.” His own album description was: “Acoustic folk/blues style, with a little mellifluous classical and romantic South American thrown in; mostly original material on subjects as life, love, war, time, and dreams, with an occasional humorous and satirical twist.” In closing, Gilles Malkine continues to entertain and teach us. One might say he’s continuing the spirit of Woodstock, but more likely he is one of the roots from which that spirit grew.