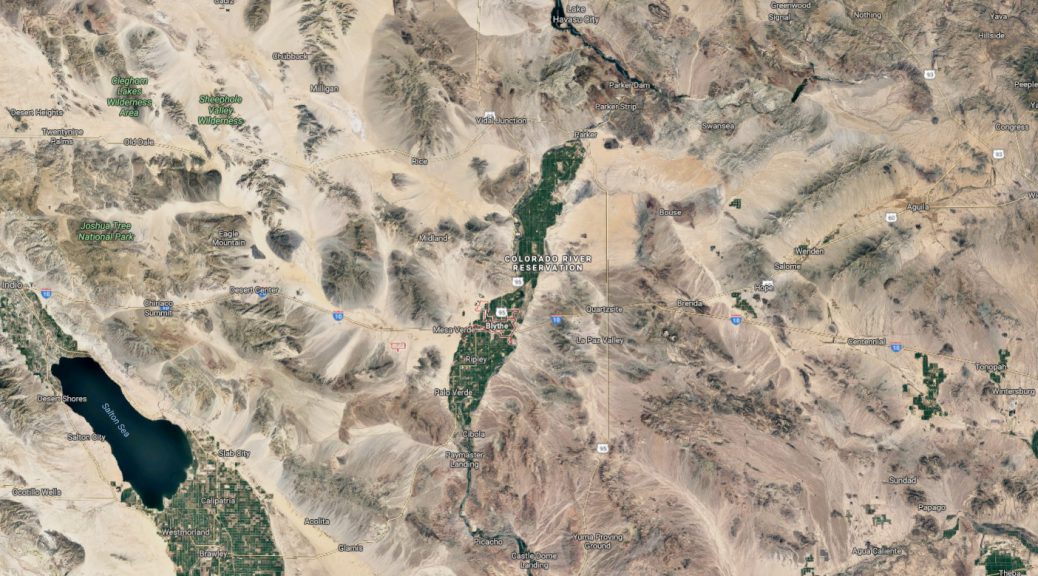 According to the Desert USA site:  Blythe, California is agriculturally based but heavily influenced by tourism, Blythe is located on the California-Arizona border where Interstate 10 crosses the Colorado River. Blythe’s population more than triples during the winter months with the arrival of visitors seeking relief from their cold climate home states during that season.

In the summer, in spite of extreme high Sonoran Desert temperatures, Blythe is a center for water sports along the Colorado River. Blythe is a small town and the people are very warm and friendly. Blythe’s educational system offers students facilities from pre-school through community college.

The Mid Winter Pop Festival was the BIGGEST and BEST of ’69. At least that is what its poster proclaimed. Attendees were going to “See and Hear Dozens of GREAT STARS in Person!

It was going to be… A MUSICAL HAPPENING FOR LOVERS OF ROCK AND SOUL….

SET IN THE DRY, WARM DESERT SOUTHWEST – ALONG THE BEAUTIFUL COLORADO RIVER SOUTH OF

There would be no less than 14 HOURS OF FABULOUS ENTERTAINMENT EACH DAY !!!

Who would (not) be there?

Tickets on sale at:

There was a limited quantity available so Mid Winter Pops Festival, Inc encouraged fans to buy early and save.

The event never happened and if you know why let me know. I cannot find anything.