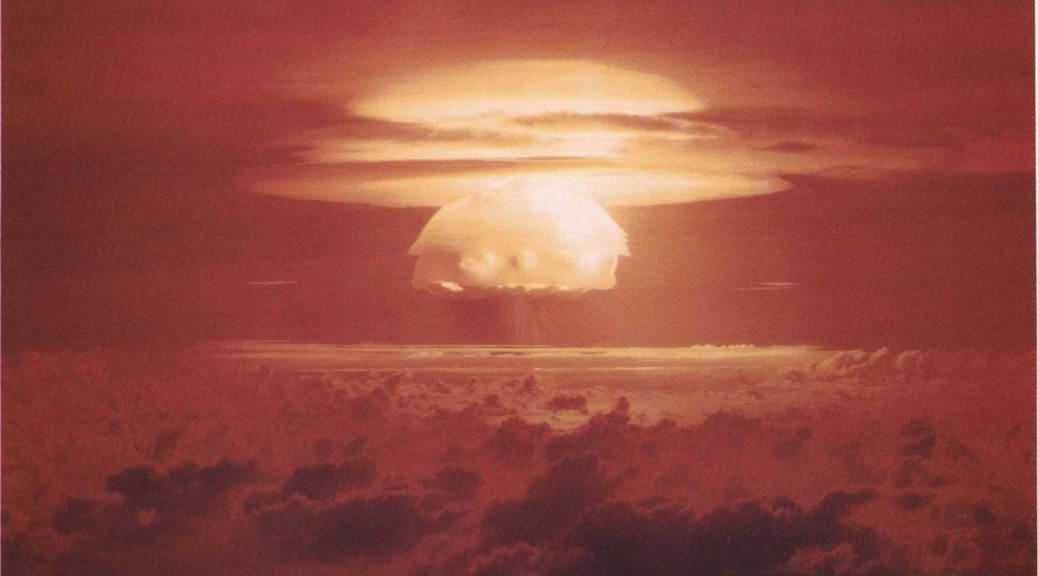 In December 1951 a group initially calling itself ‘Operation Gandhi’ (subsequently renaming itself the Non-Violent Resistance Group)  was committed to using Mahātmā Gandhi’s method of nonviolent action in the campaign against war, and to building a nonviolent society.

On July 9, 1955, philosopher Bertrand Russell and physicist Albert Einstein (who died the April before)  released their Russell-Einstein Manifesto. It called for a conference and warned leaders of the  world about the dire consequences of a nuclear war. They urged peaceful resolution to international conflict to avoid “universal death.”

From that test and the publicity surrounding it, the time for a mass march in opposition to nuclear weapons seem to have arrived. march.

The Aldermaston March at Easter was born.

The Direct Action Committee Against Nuclear War [DAC] had its roots from Operation Gandhi led the March’s organization.

The Campaign for Nuclear Disarmament  was another nuclear disarmament group and another was on February 17, 1958  it had its founding meeting in Westminster, England.

They wanted an image to represent their organization during the Aldermaston Easter March.

On February 21,  professor Gerald Holtom presented a symbol he had designed. Holtom was a professional artist and graduate of the Royal College of Arts in London.

It simply communicated two of the organization’s initials: N and D. Several thousand people marched for four days from Trafalgar Square, London, to the Atomic Weapons Establishment to demonstrate their opposition to nuclear weapons.