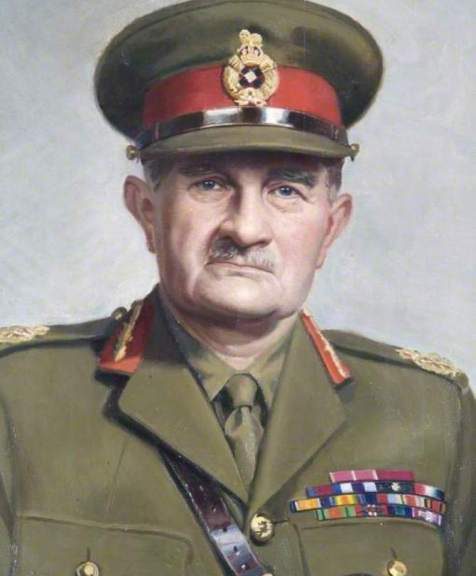 September 13, 1858: a group of Oberlin, Ohio citizens stopped Kentucky slave catchers from capturing John Price, a black man. Oberlinians, black and white, pursued the abductors to nearby Wellington at word of Price’s kidnapping and took him back, later helping him across the Canadian border to freedom.  [Black Past article] (see Sept 17)

September 13, 1971: state troopers dropped tear gas into the Attica prison while other troopers opened fire on a group of over 1,200 inmates. In the chaos, the police gunfire killed 10 hostages and 29 inmates Another 80 people were seriously wounded, the majority of them inmates, in what became the bloodiest prison uprising in U.S. history. Adding to the death toll were three inmates and a guard who had been killed earlier during the riot.

“We are men. We are not beasts, and we do not intend to be beaten or driven as such.” –L.D. Barkley, a 21 year-old prisoner serving time for breaching parole by driving without a license; he died in the assault, shot 15 times at point-blank range. (BH & Attica, see Sept 17)

September 13, 2013: nearly a week after the University of Alabama came under fire for persistent segregation in its sorority system, school officials announced a deal that would clear the way for black women to be admitted to the school’s prestigious and historically white Greek organizations. The deal was the first step toward ending more than a century of systematic segregation in the school’s sorority system. (Time story) (BH, see Oct 15; SD, see March 21, 2014)

September 13, 1945: in accordance with the Potsdam Agreements at the end of World War II, 5,000 British troops of the 20th Indian Division, commanded by Gen. Douglas Gracey, arrived in southern Indochina to disarm the defeated Japanese forces  Gracey detested the Viet Minh and rearmed some 1,400 French soldiers who had been imprisoned by the Japanese. This effectively was the first step in the re-establishment of French colonial rule and set the stage for the conflict between the French and the Viet Minh that led to a nine-year war. (see Sept 23)

Generals Lâm Văn Phát and Dương Văn Đức  sent dissident units into the capital Saigon. They captured various key points and announced over national radio the overthrow of the incumbent regime. With the help of the Americans, Khánh was able to rally support and the coup collapsed the next morning without any casualties.(V, see Sept 30; SVL, see Dec 19)

September 13, 1960: the Federal Communications act in the USA was amended to outlaw payments of cash or gifts in exchange for airplay of records. (see June 1, 1961)

September 13, 1965: Beatles released Paul McCartney ‘s composition ‘Yesterday‘ as a single in the US. The final recording was so different from other works by The Beatles that the band members vetoed the release of the song as a single in the United Kingdom. (However, it was issued as a single there in 1976.) (see Sept 25)

September 13, 1969: The Toronto Rock and Roll Revival (Varsity Stadium, at the University of Toronto) over 20,000 attended. The appearance of John Lennon, Yoko Ono and The Plastic Ono Band was not publicly known in advance. It was Lennon’s first-ever public rock performance without one or more of the Beatles since meeting Paul McCartney in 1957. He decided before returning to England to leave the Beatles permanently. (Beatles, see Sept 20)

September 13, 1976: in 1975, twenty-seven Native Alaskan high school students sued the state of Alaska for failing to provide secondary education in their villages. The students argued that the state was violating their right to education, which was guaranteed by the Alaska Constitution and the Equal Protection Clause of the United States Constitution.

The case, Tobeluk v. Lind was settled on September 13, 1976, when the State of Alaska agreed to build secondary schools in rural Native villages. The victory came after nearly a century of inequality and discrimination in the state.  [EJI article]

In 1977 the American Indian Movement sponsored talks resulting in the International Treaty Conference with the U.N. in Geneva, Switzerland. [UN article] During 1977 – 1978 Congress passed approximately 50 laws that helped redefine tribal issues regarding water rights, fishing rights and land acquisition. Some land was returned to the tribes, and issues of self-governance were further clarified. (see Feb 11 to July 1978)

September 13, 1988: the Fair Housing Amendments Act of 1988 expands on the Civil Rights Act of 1968 to require that a certain number of accessible housing units be created in all new multi-family housing. The act covered both public and private homes and not only those in receipt of federal funding. [HUD article] (see March 12, 1990)

September 13, 1994: the Violence Against Women Act of 1994 (VAWA) signed by President Bill Clinton. The Act provided monies toward investigation and prosecution of violent crimes against women, imposeed automatic and mandatory restitution on those convicted, and allowed civil redress in cases prosecutors chose to leave un-prosecuted. The Act also established the Office on Violence Against Women within the Department of Justice. Its coverage extended to male victims of domestic violence, dating violence, sexual assault, and stalking.  [US DoJ article] (Feminism, see, Sept 28, 1994; VAWA, see May 15, 2000)

September 13, 2018: Canadians who work in the marijuana industry — and those who invest in it — risk a lifetime ban on travel to the U.S., according to a senior official overseeing U.S border operations.

Todd Owen, executive assistant commissioner for the Office of Field Operations, said that the U.S. Customs and Border Protection agency would continue to apply long-standing U.S. federal laws and regulations that treat marijuana as a banned substance — and participants in the cannabis industry as drug traffickers — who are inadmissible into the U.S.  [Politico article] (see Sept 13)

September 13, 2018:  a Brookings Institution analysis of that Census Bureau’s figures for 2017 showed that the foreign-born population in the United States had reached its highest share since 1910.

For years newcomers tended to be from Latin America, but the Brookings analysis of that data showed that 41 percent of the people who said they arrived since 2010 came from Asia. Just 39 percent were from Latin America. About 45 percent were college educated, the analysis found, compared with about 30 percent of those who came between 2000 and 2009. [New Republic article] (see Oct 2)

The investigation found that 163 priests or clergy members were accused of sexual abuse or misconduct against minors.

“Sexual abuse of minors by members of Missouri’s four Roman Catholic dioceses has been a far-reaching and sustained scandal,” Schmitt said. “For decades, faced with credible reports of abuse, the church refused to acknowledge the victims and instead focused their efforts on protecting priests.” (next SAoC, see Dec 4)